Parrot Watch: Another Piece Of Skill To Savour From The Young Dubliner

What did you do the summer you were 17? This July, Troy Parrott has been to Shanghai and Munich, playing against some of the best footballers in the world. Parrott's preseason form for Tottennham Hotspur continued to impress last night. Parrot came off the bench, was marked by Sergio Ramos and again was just inches from scoring a cracking goal.

Keylor Navas was left flat-footed as Troy Parrott's effort clashes against the post...

Unlucky from the Irish youngster 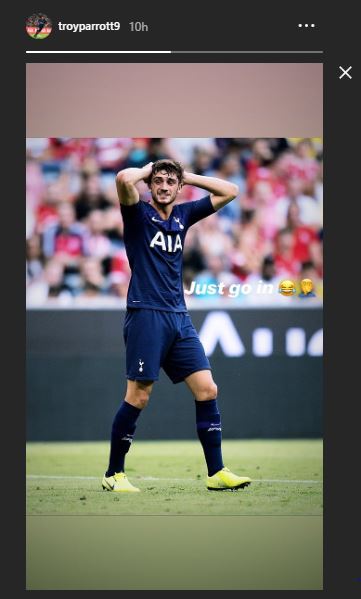 Again we must reiterate that it's preseason, but here's another game where we've been handed proof that Parrott is physically ready to compete against football's elites. Parrott's contributions were again praised by Spurs and Ireland supporters. Parrott will likely be involved again when Spurs play Bayern Munich in the Audi Cup final tonight.

17 year old Troy Parrott too sharp to get his shot off before Sergio Ramos closes him down, cracks the post against REAL MADRID. This sentence alone tells me this guy should, and probably will, be in the next Ireland squad.

Some excellent performances from the spurs!!!!

Can’t wait for the new season