Patrick Bamford Reveals Why He Could Never Play For Ireland

For years, speculation was rife that Patrick Bamford would end up playing his senior international football for Ireland, with an England call-up seemingly out of reach.

Now, he has revealed that the opportunity to play for Ireland did indeed come three years ago, but that he had to turn it down.

Patrick Bamford reveals why he turned down Ireland call-up

The 27-year-old has been at Leeds for three years now, and was one of the stars of their first season in the Premier League last year, scoring 17 goals as he led the line up front. He has been rewarded with his first senior England call-up, and looks set to make his debut in the upcoming World Cup qualifiers against Hungary, Andorra, and Poland.

Bamford was also eligible to play for Ireland under the "granny rule" and played one game for the Boys in Green at U18 level.

In an interview with the Telegraph ahead of his England debut, Bamford revealed that an opportunity arrived in his first season at Elland Road to play at senior level for Ireland, but that he had to turn the call-up down.

There was a point when, during my first season at Leeds, where Mick McCarthy did get in touch. I had a knee injury, so I was more focused on getting fit and making sure I could play the rest of the season for Leeds.

But, also, I felt because my heart had been committed to playing for England, and I had always dreamt of that, I felt it would be wrong to then play for Ireland to go and play international football just because they had asked me.

I just think that if I went and played for Ireland, just in order to play international football, when my dream as a little kid was always to play for England and somebody else’s dream might have been to always play for Ireland, and then I ended up taking that slot just because I felt like the England one might never come and it (Ireland) might be, without being disrespectful, the easy option because it’s been offered to me, then I don’t think that’s the right thing to do.

Any future hope of Patrick Bamford lining out at senior level for Ireland is likely to be formally dashed this week by his England debut - but it seems as though his mind was made up early that he would be lining out in white rather than green. 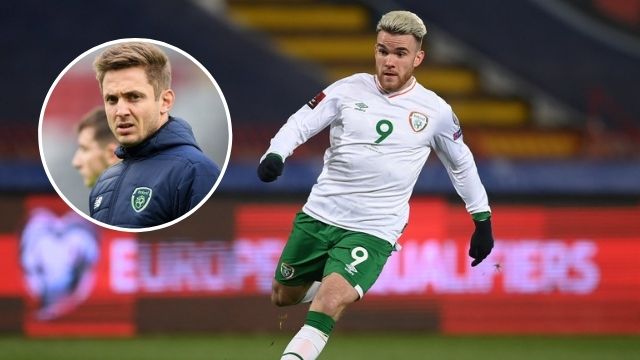