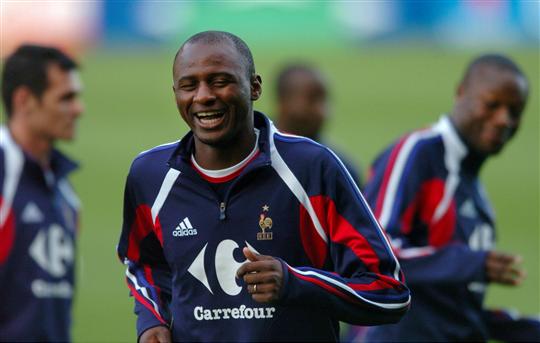 Throughout the late 90's and early 00's, Patrick Vieira was almost peerless in the Premier League. He was strong and physical in the centre of Arsenal's midfield, with deceptively quick pace and a gazelle-like stride for such a big man.

Only a select few could match the Arsenal legend on the pitch, such as Roy Keane or later a Steven Gerrard. But now many could get the chance to match him off the pitch.

According to the Times, Newcastle United are looking at the current manager of Manchester City's elite development squad, as their next permanent manager after Alan Pardew left the club back in December.

Vieira leads the market for the next Newcastle manager at 5-6, but that's only after Newcastle's top target former Derby County manager Steve McClaren has rebuffed Newcastle's advances twice. Newcastle are thought to be interested in talking to McClaren again, but the inclusion of Vieira on the shortlist is the most interesting.

Mike Ashley has decided that the club's form over the final months of the year, including the public bust-ups means that interim manager John Carver will not be offered the job full-time. Ashley is looking for a manager to take control of the training ground, with little input into transfer market moves.

Talks with Vieira are already planned, but the Frenchman is adamant that they will only be informal and exploratory as he feels he has other options. Vieira has no official connection to Newcastle already, but has said in the past that he loves St. James' Park:

My favourite stadium I have played in in this country is Newcastle. I like the atmosphere and I like the way the stadium is built and I loved playing there.

Whether he'll be in the managerial hotseat for the start of next season remains to be seen.