This season has not been an easy one for Troy Parrott. Having joined Millwall on loan at the beginning of the campaign to plenty of fan fare, the reality of first team football would soon hit home.

The Dubliner would struggle with injuries and a lack of form, failing to find the back of the net in 11 league appearances. It didn't help that he was playing in a struggling team, but the striker's consistency was not where it needed to be.

Spurs were concerned enough that they sought to find him a different club in January, cutting his spell at The Den short and dropping down to a level to move to Ipswich Town.

Results were hardly immediate in League One. Parrott took time to find his feet in League One and failed to score in nine consecutive games. However, a managerial switch at Portman Road turned out to be exactly what he needed to get his senior career up and running.

Paul Cook is one of the most highly regarded coaches in the English game. He has recently given the Ipswich job and it is perhaps no coincidence that this coincided with the upturn in Parrott's form.

The 19-year old scored his first goal in senior football last weekend, a strike you would hope will kickstart his form.

I feel I must thank Spurs for lending us Troy Parrott who just got his first ever goal. pic.twitter.com/qziK3dTUcJ

Speaking after the player's goal, Cook said that Parrott has already altered his game since he came to the club.

I'm delighted for Troy as well. I don't really overpraise players. We win as a team. Our centre-halves today, the two of them were outstanding.

The player was today included in the Ireland squad for the upcoming World Cup qualifiers and it will be hoped he can carry his recent strong form into those games.

Of course, Cook has strong links to Irish football. He spent five years at Sligo Rovers in his second managerial role, going on to spend time at the likes of Chesterfield, Wigan, and Portsmouth.

It was at the latter of those clubs that he had a major impact on the career of an Irish players. Enda Stevens had struggled after moving to England from Shamrock Rovers, and after being released by Aston Villa, he was close to being out of the game before joining League Two side Portsmouth.

Speaking to Balls a couple of years ago, Stevens credited Paul Cook with turning around his career:

Luckily I had a manager like Paul Cook and there was good things going there. He got together a good team and he had us playing the right football...

It was probably the first time I was coached since I made the move across. My coaching kind of stopped when I moved to England as a footballer.

I don't think you should ever stop being told how to play the game, and I kind of stopped learning it when I moved to Villa. But Paul Cook got us back to playing in a way where you're learning, it was an attacking way and it kind of benefitted me...

I kind of regretted that I hadn’t started doing what I was doing at Portsmouth two or three years earlier.

I wouldn't say that I would have been in that situation if I had met a Paul Cook two or three years prior. 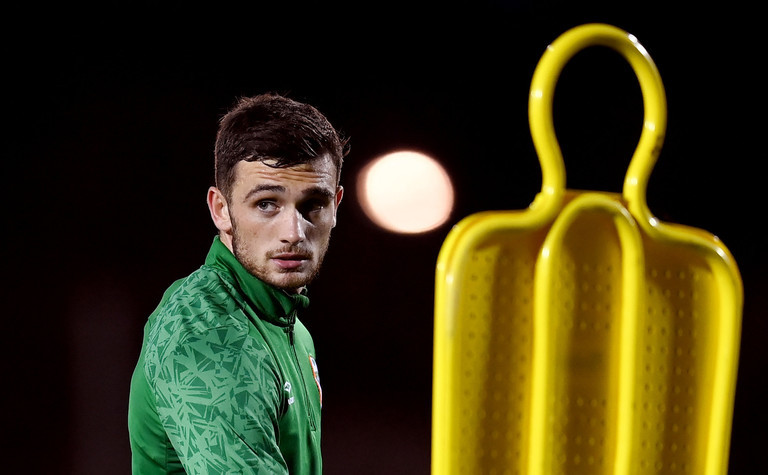 He was also the man that gave Seamus Coleman his League of Ireland debut at Sligo, playing a huge role in his development before he made the move to Everton.

While Parrott is only set to stay at Ipswich until the end of the season, it will be hoped that Cook can have a similar impact on him. The Merseyside native is renowned for his coaching abilities, with Parrott having perviously shown he can shine when managed someone who gives him clear directions.

He shone under Stephen Kenny at U21 level, with the Ireland boss another manager who is known for getting out on the grass and working with his players.

That is not something you would credit former Ipswich manager Paul Lambert with, with the forward's progress obvious since his departure.

Hopefully we can see him continue to make strides over the coming months. If Ipswich get promoted, something Cook has a track record in achieving, it may be no bad thing to see him return there next season. 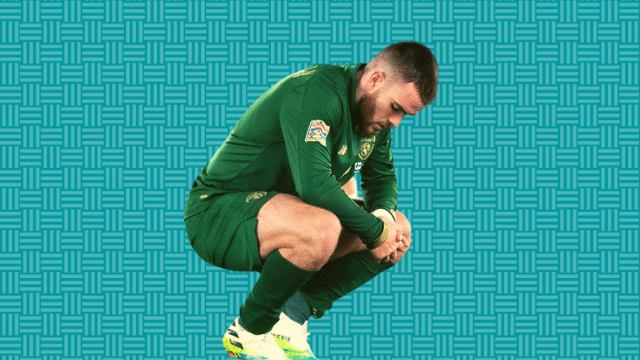 Football
2 months ago
By Conor Breslin
Terry Butcher Would Like To See Heading Completely Removed From Football
Football
7 months ago
By Gary Connaughton
Alan Judge Addresses Circumstances Around Ipswich Town Absence
Football
8 months ago
By PJ Browne
'The Goal, I'm Nearly Out Of The Picture When The Left-Back Gets On The Ball'
Previous Next

Football
2 months ago
By Conor Breslin
Terry Butcher Would Like To See Heading Completely Removed From Football
Football
7 months ago
By Gary Connaughton
Alan Judge Addresses Circumstances Around Ipswich Town Absence
Football
8 months ago
By PJ Browne
'The Goal, I'm Nearly Out Of The Picture When The Left-Back Gets On The Ball'
Popular on Balls
Football
14 hours ago
By Jonathan Byrne
Bellingham Not Happy With Match Fixing Past Of Referee In Bayern Loss
Snooker
17 hours ago
By Eoin Harrington
Ronnie O'Sullivan Has Photographer Thrown Out Of UK Championships Over Lack Of Tripod
Motorsport
16 hours ago
By Eoin Harrington
Verstappen Crashes Out Of Saudi Qualifying As Title Race Takes Another Twist
Football
1 day ago
By Jonathan Byrne
Jack Byrne Reveals Man City Player Who Was Toughest To Train Against