'He Worked Ever So Hard. But A Lot Of His Work At Times Is Misguided'

Troy Parrott made his eighth appearance for Ipswich at the weekend, playing 68 minutes as his side lost 3-1 away to Gillingham.

Though Parrott is yet to score since joining the League One side on loan from Spurs, those at the club have been impressed with his performances.

"I thought Troy Parrott was probably nearly just about our best player on the day," Cook is quoted as saying by TWTD.co.uk following the weekend's game.

"I thought he worked ever so hard. But a lot of his work at times is misguided and done in the wrong areas and I think we really do lack partnerships on the pitch.

"I’ve always been brought up in teams having left-back and left side of midfield, two centre-halves, two centre midfielders and those partnerships have to be allowed to flourish.

"We are really mindful of the fact that Troy’s 18, we’ve got a young lad playing, the volume of games, so it’s important we factor everything in and we get people in the correct slots and where they’re looking to play.

"At the minute we have a couple of imbalances in the team. That’s not a criticism of anybody or what’s gone on [before], it’s just the fact that what we’re searching for at the minute is that magic formula that will see us have a team that performs well, plays well and wins a game."

Ipswich currently sit eighth in League One, two points outside the playoff places.

See Also: Son Of Irish Olympians To Train With Serie A Teams 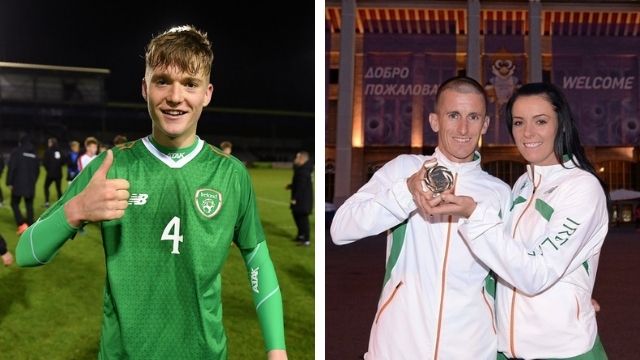 Football
5 months ago
By Gary Connaughton
Alan Judge Addresses Circumstances Around Ipswich Town Absence
Football
6 months ago
By Gary Connaughton
Ipswich Town's New Manager Will Have A Big Impact On Troy Parrott
Football
6 months ago
By PJ Browne
'The Goal, I'm Nearly Out Of The Picture When The Left-Back Gets On The Ball'
Popular on Balls
Gaming
1 hour ago
By Andrew Dempsey
Here Is Ireland's Best Starting XI According To FIFA 22's Player Ratings