Paul Gascoigne was one of the last great characters in the game.

He has certainly had his struggles down through the years, but he provided some incredible entertainment both on and off the pitch during his playing days. He was loved by the supporters at each of the clubs he played for, including his time in Italy with Lazio.

Gascoigne spent three years with the club in 90s, with his late winner against city rivals Roma in his first season at the club forever endearing him to their supporters.

Speaking on Bt Sport's What I Wore, Gascoigne recalled just how much attention he received from the people of Roma seen after leaving the club. He also revealed how his struggles with the language inadvertently forced him to miss a game while at Lazio.

The Lazio fans loved Paul Gascoigne after his time in Rome... Maybe a bit too much 😬#WhatIWore pic.twitter.com/sSNGzR7Kfh

I left the place and I went back for a holiday about five years later. I was getting pestered a bit, so I went up into the mountains.

There was a little cafe with one guy in it that owned it. He went 'you're Gascoigne', I said 'no I'm not'. I seen a picture of me behind him and I went 'oh shit'.

I see him on the phone and thought 'oh no'. Within 40 minutes, 8,000 people had showed up. They had to get security guards and it was quite scary.

I remember once I went and I couldn't find a restaurant because it was new year's eve and it was packed. I went up to this lobster tank, and I had a Versace suit on and it was pink.

I said 'can I have that lobster, and he said 'I don't understand'. I was getting wound up now.

I told him to move, pulled up a chair and dove in the tank! I grabbed the lobster and said 'cook that'.

I got a flu, missed a few days training and a match.

A peak Gascoigne story, perhaps even more than when he tried to scare a young Roy Keane during their first meeting. 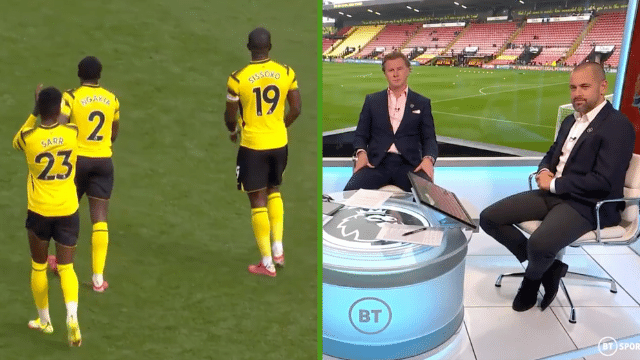