Harry Kane could well be on his way out of Spurs this summer.

The Athletic reported this morning that the player would look to leave the North London club if they failed to qualify for next season's Champions League, something they look like outsiders to do at the moment.

If he were to push for an exit, you would imagine Spurs would demand an enormous fee for a player who is under contract for three more seasons. As a result, the number of clubs that could realistically pull off the deal is quite small.

The likes of Manchester City, Manchester United, PSG, and Real Madrid are likely to be heavily linked over the coming months.

Paul Merson believes one of those teams needs to break the bank and get their man. Speaking on Sky Sports, he said that Kane's age will not be a deterrent to any interested parties due to the fact that he sees him as the best striker in world football.

🗣"He is the best, he brings everything to the party, I don't see a lot of other players doing that."

For me at the moment, he is the best. You can put your Haalands up there, your Lewandowskis, you Mbappes. He is up there with them easily.

I don't see the other people I'm talking about doing that. Maybe Mbappe is the only other one. You can throw Lewandowski at me, but at Bayern Munich they just wipe the floor every week.

Merson also said that Manchester United need a player of Kane's calibre if they are to challenge at the top of the Premier League, meaning he would be an ideal addition this summer.

🗣"It is perfect for Manchester United, they have to have a Harry Kane to challenge Manchester City."

Paul Merson thinks Harry Kane should move to Manchester United if he was to leave Tottenham this summer pic.twitter.com/cnCwOYm3wz

Manchester United are likely to be in the market for a centre forward this summer, although it remains to be seen if they would be willing to pay the type of money it would require to get this particular deal over the line. 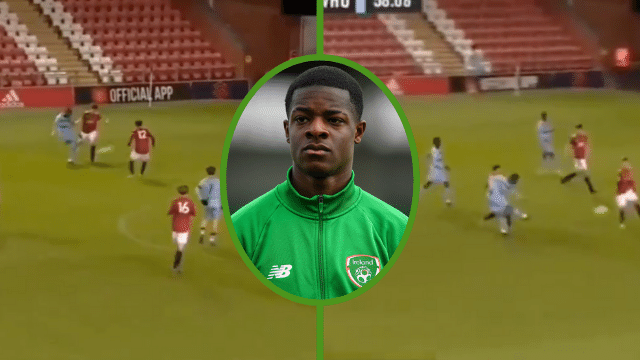