They've got themselves another.

The English FA has this afternoon charged ex-Manchester United midfielder Paul Scholes with misconduct after it was revealed the former England international placed 140 bets on football matches between dates in 2015 and 2019.

It's alleged that Scholes, who recently left his first managerial role in charge of boyhood club Oldham Athletic, made the bets whilst he was part-owner of National League high-flyers Salford City - something the lawmakers at the FA don't look upon with any sort of fondness.

The Manchester-born 44-year-old who has been a regular on our television screens as a pundit for BT Sport over the last couple of seasons, prior to his short stint at Boundary Park, is said to have been in breach of the Association's Rule E8 - which prevents any "participant" to bet on the outcome of any football match.

Between August 17th, 2015 and January 12th, 2019 - the time period for which the charge has been brought - Scholes assumed the role of co-owner at the greater Manchester non-league club, who have fired themselves to the brink of the Football League under the watchful eye of Scholes and his fellow Class of '92 comrades. 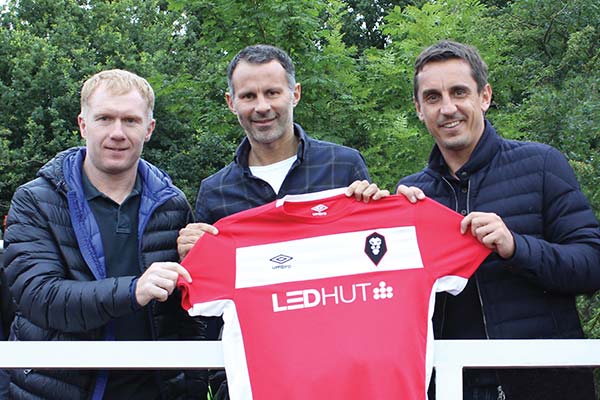 The Neville brothers, Ryan Giggs, Nicky Butt and Scholes took the helm in July 2014 with the club on the seventh rung of the English football pyramid. Three promotions in four years and the club now sit 2nd in the National League, and could very possibly be promoted to League 2 come the end of the season.

Whilst the charge marries with Scholes time on the board at Salford, there is no suggestion that there was any wrongdoing in the 31 days he spent in charge of Oldham.

He has until April 26th to answer the charge.

The English FA in recent years has charged numerous high profile figures in the game after betting infractions.

Fleetwood manager Joey Barton was suspended for 18 months in 2016 for placing bets on a number of games throughout his footballing career. It would be a ban that would see him call time on his playing career.

Football
4 minutes ago
By Gary Connaughton
Watch: Roy Keane Pulled No Punches On Burnley After Their Relegation
28