Mohamed Salah has been in remarkable form to start the season.

There is a real case to be made that he is the best player in the world on current form, with his performance against Manchester City just the latest example of what he is currently bringing to the table. Of course, all of this is happening with the player's contract situation lingering in the background.

Salah's current deal runs until the summer of 2023, with the two sides unable to agree on a new pact as of yet. It is rumoured the Egyptian wants to be among the highest earners in the Premier League, something he certainly deserves given what he has achieved at Anfield.

It remains to be seen if Liverpool will match his demands. There is also the matter of who else could realistically come in for the forward, with the likes of Real Madrid and Barcelona not the draw they once were. Paul Scholes believe he could be best served by staying at Anfield.

Speaking on The Overlap fan debate, the former United midfielder believes Liverpool is the place that gives Salah the best opportunity to match his personal ambitions.

[Barcelona and Real Madrid] aren't in as high esteem as they were a few years ago.

I think if he wants to be the best player on the planet he has to stay at Liverpool. He has to stay in England.

If he wants to be the best player in the world he has to stay here. Liverpool have got to pay him...

I think the only one realistic place is PSG.

Mo Salah's consistent brilliance shows no sign of slowing down this season ✨ pic.twitter.com/yhEw7ctpcU

Barcelona are in a mess at the moment, while Real Madrid seem to be reserving what money they do have left to sign Kylian Mbappe in 2021. This could well suit Liverpool as they seek to find a compromise with the player.

However, Gary Neville thinks that Salah could want to experience life at Real Madrid, Barcelona, or PSG before he finishes his career and this could be his only opportunity to do so.

I don't think he will stay at Liverpool for the rest of his career, that's my personal view. I've always had that view but I could be wrong. The Premier League would be weaker if he left.

I just think if you look at someone like Cristiano Ronaldo, David Beckham, or Kylian Mbappe, it's not all about the money. There's a project and something they have to achieve in their lives. They have to play at certain clubs and achieve certain things...

I just think Mo Salah is similar to those player in that he will have to experience those clubs at some point in his career...

I've always felt he wants a Paris, Madrid, or Barcelona, and I think he will go and get it. I might be wrong...

If Mbappe leaves, Paris Saint-Germain are coming in big for him and he is going. That is my view.

It will be interesting to see how things play out in the months ahead.

SEE ALSO: Quiz: Name Every Irish Player To Feature For Liverpool In The Premier League 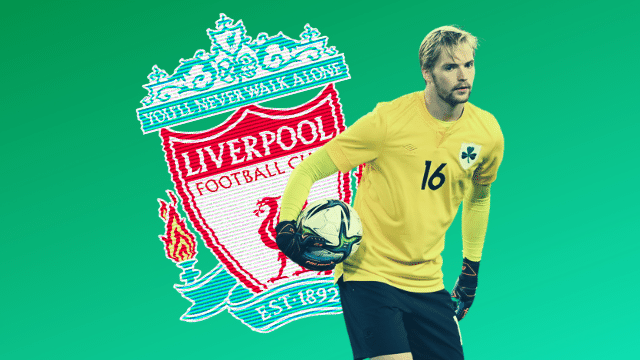