Things are going pretty well for Manchester United at the minute. Having started off the season in a questionable fashion, they have put together an excellent run in the league over the last couple of months to vault themselves to the top of the Premier League.

Few would have predicted it before the start of the campaign, but United are now very much in the thick of the title race.

That doesn't mean that they're are not some holes in the team that still need filling, however. The defence is certainly still a concern, with Ole Gunnar Solskjaer yet to stumble upon a reliable centre back pairing. Eric Bailly and Victor Lindelof have struggled with injuries and form at times, while Harry Maguire also has his own questionable moments.

Some feel they should consider dipping into the transfer market this month in order to boost their title chances, with Paul Scholes amongst that bunch.

Speaking to ESPN, he said United need to strengthen their defence if they are to improve their results against the other top teams in the league, games in which they have struggled this season. He has a target in mind:

As a back-four, I worry about how good they really are.

At full-back, Aaron Wan-Bissaka is just about defending, which is fine for a game at Liverpool, but I’m not sure what Luke Shaw brings to the team.

In the middle, Ole [Gunnar Solskjaer] still has to find Harry Maguire’s best partner. Eric Bailly has pace, but he is rash and picks up too many injuries.

Victor Lindelof plays the position better and seems to be Ole’s preferred option, but again, he is not totally convincing.

If I was Ole and could sign a defender this month, I’d go for Wesley Fofana at Leicester.

He’s only 20, but he has been outstanding and he has the potential to be anything he wants to be.

United have done okay at the back this season, but they have been exposed when playing against the big teams, and that’s another problem they need to solve.

Fofana only joined Leicester City last summer from Saint Ettiene for a fee of around £35million, meaning they would be unlikely to let him leave this month.

His form this season has been fantastic, and at 20-years old, the club are sure to bank a huge fee when they do eventually decide to move him on.

Scholes feels United can make a title push this season, but the games against other top big clubs have been an issue. They have yet to win against any of the traditional 'big six' clubs this season, including losses to both Spurs and Arsenal at Old Trafford. 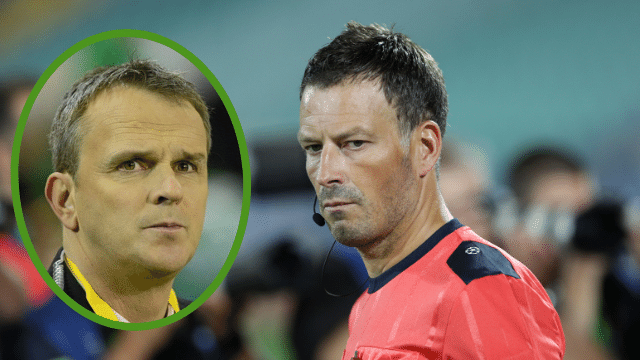