"I promise we are close. Close is not good enough, we have to be there.

"There’s no chance that the team gives up. The manager will not give up. He won’t allow us to give up and we will come next season with a bigger desire.

"People say a lot about Manchester United, that they're going down hill, but for me, the club, the desire, the hunger, the talent, the ability, the squad, we have everything to compete at the highest level. We just have to show it to the world and show it to ourselves.

"I think he spoke well but the time for speaking is done for me," he said.

"It’s time to start showing. When he says they are close, are they really that close?

"Beaten in the Europa League final by Villarreal, a place with a population of 50,000. Beat by them.

"Second in the league, 14 points behind Manchester City. Doesn’t feel like it’s close."

Scholes added that he does believe the club has made progress under Ole Gunnar Solskjaer.

"The thing I worry about is, does losing hurt them enough? It's almost become an accepted thing," said Scholes.

"I think there's a lot of players that it (losing) doesn't really hurt them. There are few, you look at Bruno Fernandes and Cavani, they won't like it. There are the ones who look to me like they are proper hurt when they get beat. The others, it can look a little bit acceptable.

"Even from the manager, sometimes, it looks a little bit acceptable. United have almost become a nice club that people like." 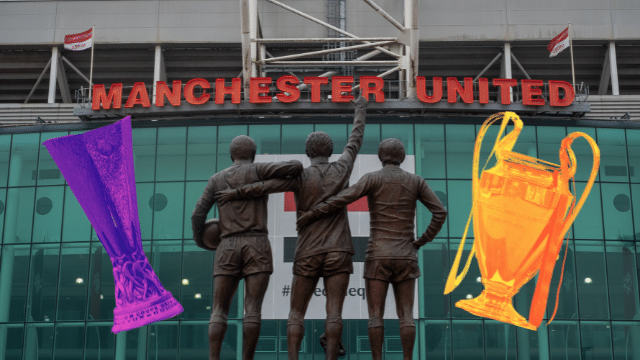 Football
4 days ago
By Colman Stanley
Vinnie Perth Tells Fantastic Story About How Dundalk Sneakily Signed Richie Towell
Football
1 week ago
By Colman Stanley
'Everyone Was Buying In, Everyone Wanted A Piece': Dundalk's Glorious Summer Of 2016
Football
1 week ago
By Eoin Harrington
David Moyes Explains Why He Kicked Ball At Ballboy
Popular on Balls
GAA
3 days ago
By PJ Browne
Cusack Has Little Sympathy For Gearoid Hegarty After Red Card
Football
11 hours ago
By PJ Browne
Man Arrested For Headbutting Billy Sharp After Playoff Semi-Final
GAA
1 day ago
By PJ Browne
GAA President Explains Why Tailteann Cup Won't Be All-Ireland Curtain Raiser
Football
4 days ago
By Eoin Harrington
Alan Shearer Says Roy Keane "Ran Away" From Him After Famous Clash