Paul Scholes is one of many footballers to have made their way into the punditry hot seat in recent years.

The former Manchester United midfielder had a glittering career at Old Trafford in his playing days, winning 25 trophies over 20 years at the club.

Looking back on his time as a player, he's come up against the best of the best. Scholes has had battles with the likes of Zidane, Makelele, Xavi, Iniesta, Gerrard and Lampard to name a few.

But when asked about who his toughest opponents were over his 718 appearances, he's picked out a rather unconventional trio of names.

Our beloved Paul Scholes turns 47 today. Throwback to when he treated Old Trafford to a grand spectacle against Barcelona in the #UCL semi-final in 2008. Unarguably, the greatest midfielder of his generation. #MUFC 🇾🇪pic.twitter.com/ljf2VarE51

Robbie Savage, Papa Bouba Diop and Patrick Vieira are the three men he believes gave him the toughest time as a midfielder.

Scholes was speaking on Robbie Savage's BBC Radio 5 show, so there might have been some guest-host bias there. Nonetheless, he felt justified in picking those three.

"When I played central midfield I like to go into games thinking 'I just want to have all the time in the world here, just nobody around me, just find a little bit of space and pass the ball around'," Scholes said.

"Then you play against people like you (Savage). An absolute nuisance, trying to close you down dead quick. I don’t want that, I just want it nice and relaxed."

Robbie Savage held an unusual milestone for some time as being the player with the most Premier League yellow cards in history. Scholes later overtook him on that front.

He played many seasons in the Premier League, most notably with Leicester City, Birmingham City and then Blackburn Rovers.

Paul Scholes on his toughest opponent: ‘Vieira was brilliant. I could beat players with passing but Vieira he was just so awkward, so tall, so long, so leggy. Just when you thought you had it he would nick it over your head. He was just so awkward to play against’. pic.twitter.com/TjSv0RWflQ

But while Scholes gave his reasons for picking Savage, one of the three names weren't as big of a surprise. Scholes had plenty of battles with Arsenal and Patrick Vieira.

"I suppose Patrick Vieira, you play against him he is so long, he is so big. You think you’ve got the ball, and the next minute he nicks it over your head, he was a clever player as well."

Then came another one out of the norm. The late Papa Bouba Diop, who was a box-to-box midfielder that had much success in the top flight while at Fulham and Portsmouth.

"There’s one more that people won’t think of," Scholes said. "We used to play against Portsmouth. Do you remember Papa Bouba Diop? Big, massive. They used to call him the wardrobe."

"You get involved physically with him and you’re wasting your time. I always found him awkward to play against. He wasn’t a Vieira, of course he wasn’t, but he still had talent."

Nowadays, we're getting used to the sight of Scholes decked out in a suit and tie, giving his opinions and analysis on Champions League games for BT Sport.

Scholes has been the preferred choice for many of Manchester United's games in Europe alongside Rio Ferdinand. He seems to be holding his own in his newfound role.

The Manchester United legend's opinion is well respected, given his service to the club. He's had a few moments where he's called things in advance.

In October, Scholes made a damning assessment of Man United's 3-2 win against Atalanta. He said that performance gave him little room for optimism.

"If we play like that against a proper team, it’ll be disastrous," he said. "If they play like that (against Liverpool), they’ll get destroyed. There was no connection between the team."

As Manchester United look to advance in the Champions League group stages, there's no doubt we'll be seeing more of Scholes before and after their European ties. 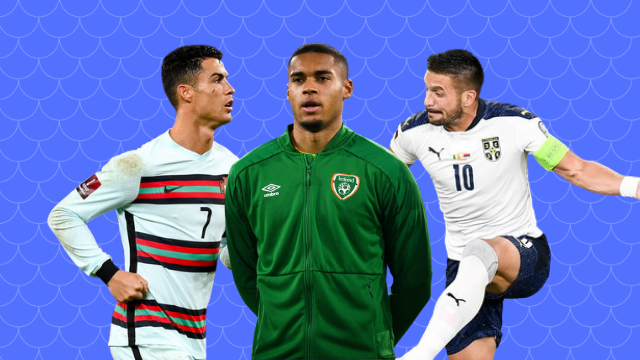