It seems like a question almost as old as time itself: Pele or Maradona?

Long before the Messi-Ronaldo comparisons dominated social media, and decades before those platforms even existed, the great footballing debate was to settle who was the greatest of all-time: the man who won three World Cups with Brazil and was probably the game's first global superstar, or the man who wowed the masses with his performances at the 1986 tournament and subsequently at Napoli?

Of course, you will never really get a definitive answer of questions such as these. There are too many mitigating factors and subjective aspects to ever reach a consensus.

In saying that, a narrative had been emerging in recent years that Maradona was clearly a better player. Pele was ridiculed for overstating his goalscoring exploits, while some even claimed that he was overrated during his playing days. The thing is, those assertions were often made by those who had never actually seen him play or had failed to really look into his career.

With the release of Pele on Netflix this week, the Brazilian great's career has once against been brought to the masses. It is a very interesting watch and you certainly come away from it knowing a lot more about the player both on and off the pitch.

Considering that there was a similar film about Maradona released a couple of years ago, it does bring up some interesting context to the debate around who was a better player, some of which had been lost to the annals of time. 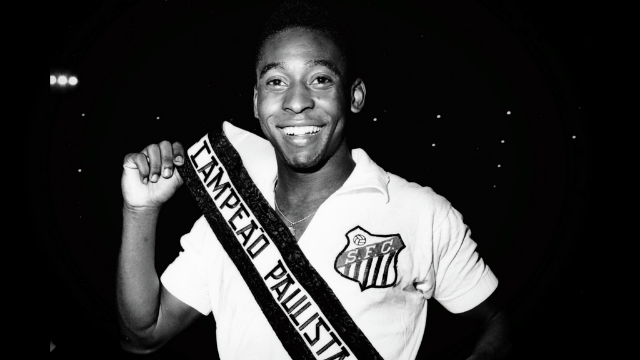 It must be said that it is entirely understandable that Pele's exploits have become somewhat overlooked in recent years.

He played in an era where few games were broadcast on television, with many people not even having access to that technology for stretches of his career. Not only that, but many of the people who had seen him in his pomp are no longer with us, or certainly are not the dominant demographic in the media or elsewhere.

Whereas Maradona's jaw-dropping showing at the 1986 World Cup is remembered so fondly, relatively few who are around today witnessed Pele's greatest moments.

That being said, it is incredible what he managed to achieve.

Maradona was not the only player that all but single handedly won a World Cup for his country. Pele did it as a 17-year old back in 1958, an astonishing feat. His six goals included the winner in the quarter-final, a hat-trick in the semi-final, as well as two goals in the final.

Second Goal in the Match
6 in the Tournament #Pele80 pic.twitter.com/pEwLNbCivH

Could you imagine the hype if a 17-year old player accomplished something similar in the modern game? Considering how much some young players are praised for relatively meagre feats, it would be insane.

Pele also did this playing for a country who had never previously won a World Cup and were carrying some deep scars when it came to failing on the biggest stage. In comparison, Argentina had won a World Cup only eight years before the 1986 edition. This is not to belittle the Argentine's achievements, but it is worth mentioning.

Just as the era in which he played has had an effect, the fact that Pele played almost his entire playing career in Brazil cannot be ignored when it comes to discussing him in a European context. Whereas Diego Maradona transformed Napoli into Serie A and UEFA Cup winners, the Brazilian was perhaps seen as to have toiled away in relative mediocrity at Santos.

Such claims would be wide of the mark. Before Pele became a fixture at Santos in the 1950s, the club had never won a national or continental competition. He would go on to lead them to six league titles, four Torneio Rio-São Paulo wins, as well as two Copa Libertadores triumphs.

Some may still look down on such achievements in comparison to Maradona's at club level, but South American club football was in a very different place in the 1950s and 1960s. All of Brazil's major stars played their club football in their home nation, as did those in their neighbouring countries. The standard on show was as good as European club football.

This was proven by Santos' exploits in the Intercontinental Cup. After each of their Copa Libertadores win, they would go on to beat the European Cup winners in 1962 and 1963. In fact, arguably Pele's greatest ever performance came in the 1962 edition against Benfica.

He scored twice in a 3-2 win over the Portuguese side in the first leg in Rio, before going on to score a hat-trick in the return leg in Lisbon as Santos won the tie 8-4 on aggregate.

#OnThisDay in 1962 Pelé scored a hat-trick, Eusébio looked on in admiration and Santos thrashed Benfica in their own backyard. pic.twitter.com/Iv7SPDdtn5

It is likely Santos could have done even more on the continental and international stage during this period. The club opted against participating in the Copa Libertadores for much of the late 60s, instead opting to embark on money-spinning global friendly tours, including a game against Drumcondra at Dalymount Park.

Finally, this could come down to the cult of personality.

For all of Maradona's faults, there is little doubt that he was a largely endearing character. He was adored by the masses both during his playing days and the years that followed. He was a deeply flawed person, but in a sense this only added to his status as one of the most beloved footballers of all-time.

In comparison, Pele's personality often winds people up. His goalscoring claims and belittlement of other player's achievements hardly make him the most lovable character, while many in even his native country are not fond of him due to aspects of his personal life.

None of this impacts his achievements on the pitch, but it certainly affects the light in which he is viewed. This will no doubt be a consideration for many when it comes to his Maradona comparisons.

In the end, the debate between Pele and Maradona could depend on how you define what makes the greatest player of all-time. 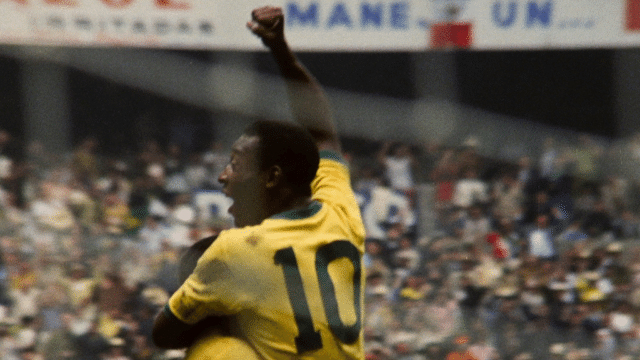 At his peak Pele was likely the best player in the world for the best part of a decade. He won three World Cups over a 12-year span, something that will probably never be matches. His raw numbers also make for incredible reading, even accounting for some embellishment on his part.

He had been written off by many in the buildup to the 1970 World Cup, only to be the key man on perhaps the greatest international team ever. He spent an incredible amount of time at the top. If you want the best player of all-time to have the longest span of dominance, Pele pips Maradona in this regard.

On the other hand, it could be claimed that the greatest player ever is the one who was the best at their peak. While Maradona may not have been at his peak for as long as his Brazilian counterpart, his performance at the 1986 World Cup is probably the greatest we have ever seen. Even if he is not the great player ever, he could well be the most talented. It depends on if you think those two things are one in the same.

All of this is subjective, but there is little doubt that the new Pele documentary serves a timely reminder of what a phenomenon he was. That can easily be forgotten as the gap between the present day and his playing career grows larger.

Even if he is not the greatest player of all-time, Pele certainly belongs in the conversation. That much is clear for anyone who takes the time to watch Netflix's latest addition. 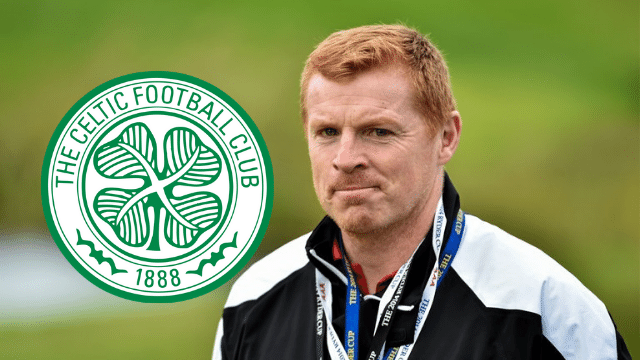 Football
2 months ago
By Aaron Strain
Over 30 Years On, Maradona Balling To 'Live Is Life' Is Still Amazing
28