While this week is undoubtedly sad for Irish football supporters everywhere, the various tributes, anecdotes, and kind words that were said about Jack Charlton have helped.

From an incredible turnout at the Walkinstown roundabout to Put 'Em Under Pressure being synchronised across the Irish radio waves, it's clear how much the World Cup winner meant to the people of Ireland.

As Charlton's own grandchildren said in their eulogy: “Ireland was a great fit for Grandad – the people, the ‘craic’, the salmon fishing, the Guinness, and a bit of football thrown in.

“We’ve been overwhelmed with kind messages from Ireland. One that really stuck out said Grandad ‘did the near-impossible and transcended politics. Some called him the English Irishman, but why reference the divides and mountains he so affably rose above? Simply, he was both a man and the man.”

Charlton's tenure as manager of Ireland will always be intertwined with a spirit of happiness, positivity, and nostalgia in Irish society, and on this note, Penneys will be honouring Charlton's legacy by raising funds for the Irish Cancer Society.

In a statement, the retailer said: "Penneys is honoured to recognise Jack Charlton’s incredible contribution to football and his impact on Irish society with a window poster tribute to him across all of our stores in Ireland.

We will also be launching a limited edition t-shirt featuring Jack, inspired by a design from our 1990 World Cup range. The €6 t-shirts will be on sale in all Irish stores from Friday 24th July with all profits going to the Irish Cancer Society."

Take a look at the t-shirt below. 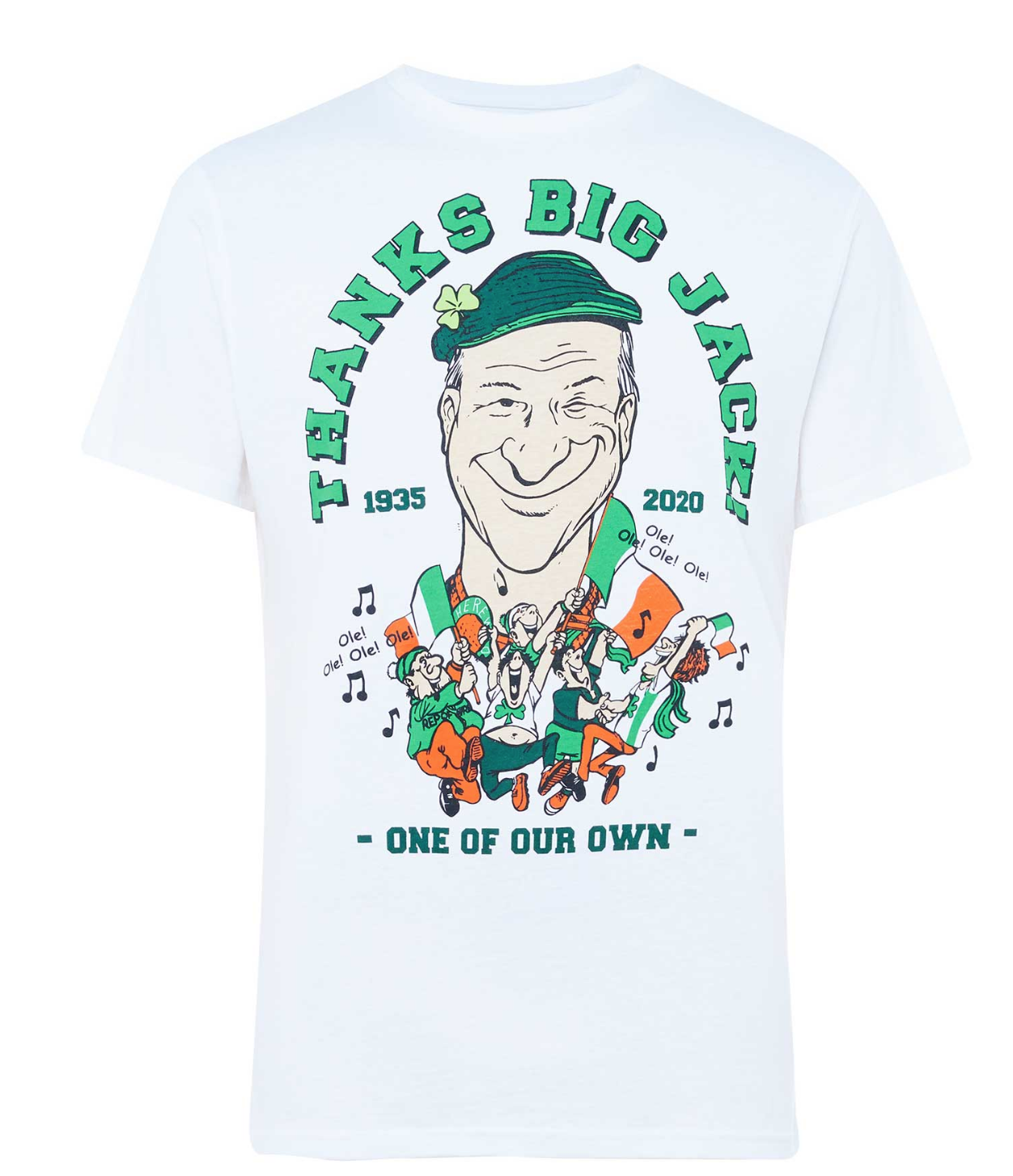