Wedensday's news that Steve Bruce had left his role as Newcastle United manager was perhaps the least surprising in football history. The supporters had long wanted him gone, while the club's new owners made it clear that they would appease them by bringing in a new manager.

It remains to be seen who will replace the 60-year old on Tyneside, although it is fair to say they will likely be treated far better than their predecessor.

While fans are entitled to criticise managers, some of the stuff directed Steve Bruce's way crossed the line in recent months. The new owners hardly covered themselves in glory either, leaving him in charge of the team for the Spurs game last weekend despite knowing he would be sacked in the very near future.

You are, without a doubt, one of the most gentle people that I have ever met in the world of football. You have been a man of your word, a caring man and a fair man who never hesitated to protect us. I will never forget how you treated me, for that I will be forever grateful pic.twitter.com/lJgSL5GD4Q

A number of other people in football have expressed their disappointment with the way Bruce was treated, with Pep Guardiola amongst them.

Speaking at a press conference ahead of Manchester City's game against Brighton tomorrow, Guardiola slammed the way Bruce had been spoken about on social media throughout his tenure.

🗣 "I would tell him don't pay much attention to the comments because he knows that is 🤬."

Pep Guardiola wishes all the best to Steve Bruce, describing him as an exceptional gentleman pic.twitter.com/S520KMZzO7

He always took care of me so nicely when I came from Catalonia. I wish him all the best and I would tell him don’t pay attention to the comments as it is bulls***.

Sometimes the managers are treated worse than the worst but it is sometimes a reflection of society. On social media, everyone is accepted to say terrible things.

Steve Bruce and all the managers want to do all the best. Sometimes you win sometimes you lose and no one deserves to be treated like that. But he has not to be worried, because the people who know him quite well, that is what is important. The players know what Steve is.

I wish him to come back soon and I am pretty sure he will be back with an opportunity because he has the love for football in his blood. Hopefully I can see him soon.

Bruce himself has admitted that he was affected by the comments directed at him, saying this could well be his last job in football as a result. 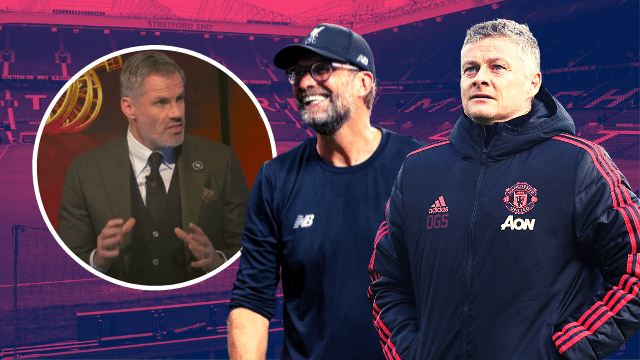