Manchester City manager Pep Guardiola is one of football's greatest thinkers and tacticians. The Catalan has revolutionised football, and he's done so in part by learning from other sports.

There's a fascinating interview with Brentford's director of recruitment Lee Dykes in The Athletic today that explores the club's journey to the Premier League. In a sidenote to the piece, Dykes discusses Guardiola's keen interest in rugby.

Dykes had been attending a coaching session at Man City when was working with Bury (now defunct), but his experiences listening to the Man City boss has had a lasting impression on him, and his now current club, Brentford. He was shocked to discover how rugby has shaped Guardiola's thinking.

“It was a group situation, a little theatre at the Man City training ground with about 15 of us,” Dykes told the Athletic.

Just unbelievable. One of the most amazing things — as a former rugby league player — was when Pep saw a guy from rugby union on the course. He had a rugby top on.

Guardiola picked him out and said, ‘Rugby?’ ’Yeah’, said the fella. He was building a new rugby association in Holland.

‘Rugby is brilliant’, said Pep. ‘I teach my players rugby’. ‘What do you mean?’, the fella asked.

‘Rugby, you get the ball, you run towards the man, you draw him in and you pass’. An image of Ilkay Gundogan comes to mind immediately.

I watch Man City and it is player after player dragging an opponent in — then pass.

Incredible. I bet in all the teaching programmes in England, no one has that in the syllabus. And you have Pep Guardiola saying, ‘I do this with my first-team players’.

It just makes you think.

Who would have thought the man who pioneered tiki-taka would be taking learnings from watching the oval ball being thrown about? 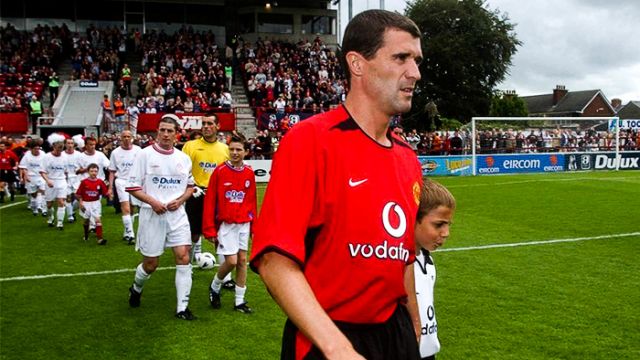