Peter Schmeichel has criticised UEFA after the European Championship match between Denmark and Finland was completed on Saturday evening, not long after Christian Eriksen collapsed during the game.

The Danish midfielder received treatment on the pitch and was subsequently taken to hospital. The Danish FA said on Sunday that Eriksen - who has sent messages to his teammates - is in a "stable condition" and remains in hospital to undergo further examination.

Players were given two options: To finish the game on Saturday or on Sunday. They chose the first option and Finland won the restarted game 1-0.

"I want to put on record that I think it is absolutely ridiculous that UEFA come up with a solution like that," former Denmark international Schmeichel told BBC Radio 5 Live.

"Something terrible like that happens and UEFA gives the players an option to go out and play the game the last 55 minutes or whatever it was or come back at 12 o'clock today. I mean, what kind of option is that?

"So you go back to your hotel - in the case of the Danes that is 45 minutes away - you cannot sleep, you might not even sleep because watching trauma like that has a massive effect on you of course, and then get back on the team bus at eight o'clock to play the rest of the game.

"It wasn't an option, it was a ridiculous decision by UEFA and they should have tried to work out a different scenario and show a bit of compassion, and they didn't."

?"It is absolutely ridiculous that UEFA came up with a solution like that"@Pschmeichel1 says @UEFA could have "shown a bit of compassion" towards the players who finished the game after seeing the trauma of Eriksen collapsing yesterday.

Schmeichel - who was working as a TV analyst for the game and whose son Kasper was in goal for Denmark - said he did not know what a good solution would have been.

"Why take TV scheduling and all of that into consideration? Why 12 o'clock?" he continued.

"That was ridiculous and to be fair, the result of the game is completely irrelevant. We obviously made a decision if the players come out and play they will only play if Christian is alright and by alright it means he is alive and speaking to the players, they knew he was okay. If they can play, we also have as broadcasters an obligation to carry on.

"That was very, very hard. I could not understand the decision, I couldn't and the game was irrelevant, totally. How can you play?"

See Also: Liam Brady Was Given An 'Impossible' Task By Jack Charlton At Euro 88 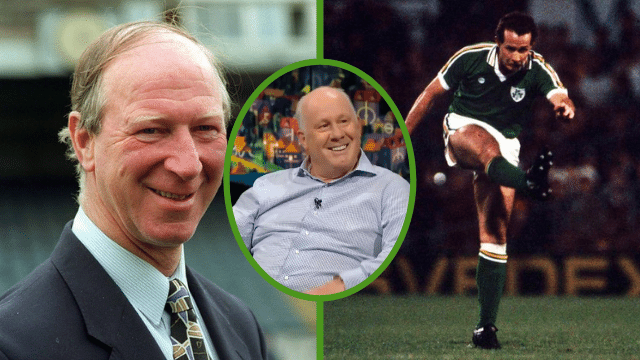