Chelsea face Brighton at Stamford Bridge this evening under the dark cloud of the Super League. The exclusive, “elite” league has been the talk of the footballing world since its announcement on Sunday – and fans are not happy. Former Chelsea goalkeeper Petr Cech appeared outside Stamford Bridge to engage with protesting fans this evening, as rumours swirled that the club has pulled out of the league.

Just over an hour before kick off at the Bridge, news emerged from BBC's sports editor Dan Roan that Chelsea have formally begun the process of withdrawing from the Super League, in a major blow to the project's viability.

Large crowds gathered outside the Bridge to protest the new league. Chelsea were announced as one of the 12 founding members of the ‘Super League’ but, like most in the footballing world, their fans have been distraught over the proposals over the past few days.

Chelsea fans are attempting a sit down protest outside of Stamford Bridge to make their opinions known on the 'European Super League' ahead of their game against Brighton tonight pic.twitter.com/dkTy2BVyNY

Supporters staged a sit-down protest, blocking the team buses from arriving at the ground. Fans held up signs with slogans such as “We want our Chelsea back” and “We want our cold nights in Stoke.”

“ We want our Chelsea back “

One of the most mental protests. pic.twitter.com/WfFNLhUEKc

Petr Cech is a club legend at Chelsea, having saved two penalties in the 2012 Champions League final that the team won, and he is now part of the coaching staff at the club. He appeared outside the ground this evening and seemed to plead with supporters to “let people sort this out”.

“Let people sort this out.”

Cech’s comments to the crowds would suggest that moves are underway behind the scenes to make amends to the Super League proposals. It is unclear yet whether the 12 teams involved will commit to the plans, but rumours were rife in the British press today that Chelsea and Manchester City, at least, are getting serious cold feet about the concept.

One can only assume that if one club leaves, the Super League may well be doomed. It's early days yet, but the signs are there that the action of fans across England and Europe may well be working.

The Super League has been widely condemned across the footballing world, and this is one of the first opportunities we’ve gotten to see one of football’s head honchos interacting directly with fans. Petr Cech's appeal to protesting fans outside Stamford Bridge was a step in the right direction - we hope that it’s the start of a period of better communication, and that fans are listened to, to put an end to this farcical concept once and for all. 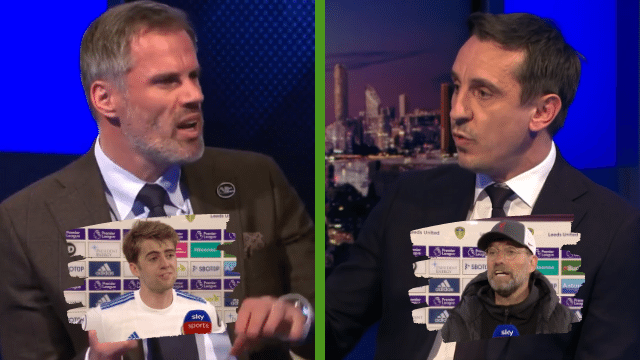