Phil Jones has become a subject of ridicule in recent years, largely due to reasons beyond his control.

While he did produce some mixed form for Manchester United over the years, his career has become increasingly derailed by injuries in recent seasons. The defender has not made a first team appearance for the club since January 2020.

This resulted in some criticism from Rio Ferdinand, who said he would not speak to Jones were they teammates due to the face that he was seemingly happy pick up a wage without contributing to the team. He would later apologise for those remarks when the extent of Jones' injury issues came to light.

Jones has also been open about the level of abuse he has received online in the aftermath of those comments, something he has spoke about again in recent days.

Appearing on the UTD podcast, the 29-year old warned young footballers of the perils of social media, having himself stepped away from such platforms due to the amount of abuse that had been directed towards him.

I stepped away from social media a long time ago but it's difficult because all your friends read it, your family read it and they support you, they want the best for you.

They don't want to see their mate, their husband, their dad getting slaughtered all over the papers or all over the media, so it's tough because mentally I was going through a tough time and (then) to read stuff as well...

It's difficult but it's something I've learned to deal with, especially over the time I've been at United and the more experience you get, the older you get, the better you learn to deal with those things.

I suppose for young players coming into the game now, not just at Man United, but all over the world, it's a very hostile, toxic place to come into and they've got to be able to deal with that mentally as well as physically.

I look how the game's been developed over the last 10 years, and the way social media has developed and it's difficult to stay away from it.

It's difficult not to get distracted by it (and) young players coming into the game, I think it's difficult for them not to read it.

I know as a young player, that's the first thing you do: you come off the game and you want to see what people are saying about you and when you strip it all back in reality, it doesn't really matter what they say because they're not picking the team.

Jones has featured for the club's U23 side on a couple of occasions in recent times as he steps up his return to fitness and could come back into the first team picture sooner than expected. 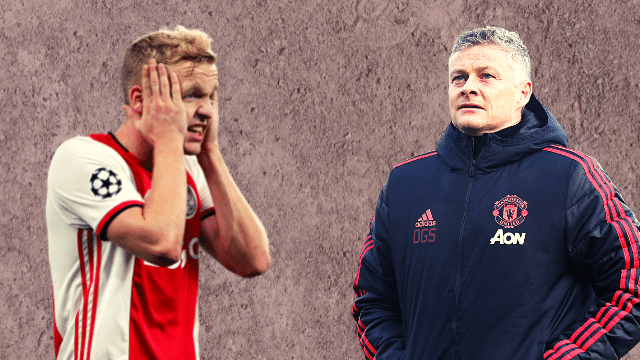