So the Andrea Pirlo experiment at Juventus has failed. The legend has been sacked after only one season in charge in Turin. He may have have survived in the cut throat world of super power management, but he'll always survive in our hearts. A truly unique football character, he wasted on management anyway.

We thought it was only fitting that we revisit the lauded tome that has contributed to an entirely deserved cult of personality.

This guy. This guy. He's the man every man wants to be. So it's no surprise that his autobiography reaffirms the belief that he's cool as fuck.

Here are some of the best Pirlo quotes from the English version of I Think Therefore I Play.

Being part of a team that belongs to everyone makes me feel good. A lot of the time, it's better than sex: it lasts longer and if it falls flat, it can't just be your fault.

Take someone like (Parma striker) Antonio Cassano. He says he's slept with 700 women but he doesn't get picked for Italy any more. Can he really be happy? I wouldn't be.

That shirt, with its Smurf-like blue, gives you a whole new image across the world. It takes you to a higher level. Much better to be a soldier on the pitch than in the bedroom.

His love of FIFA

After the wheel, the PlayStation is the best invention of all time. And ever since it's existed, I've been Barcelona, apart from a brief spell way back at the start when I'd go Milan.

I can't say with any certainty how many virtual matches I've played over the last few years but, roughly speaking, it must be at least four times the number of real ones.

Pirlo v Nesta was a classic duel back in our Milanello days. We'd get in early, have breakfast at 9am and then shut ourselves in our room and hit the PlayStation until 11. Training would follow, then we'd be back on the computer games until four in the afternoon. Truly a life of sacrifice.

On Roy Hodgson calling him a dickhead

Luciano Castellini thought I was OK, while Roy Hodgson mispronounced my name.

He called me Pirla (a term used in Milan dialect roughly translated as dickhead), perhaps understanding my true nature more than the other managers. We went through four coaches that year (1999). I'd wake up in the morning and not remember who my coach was. 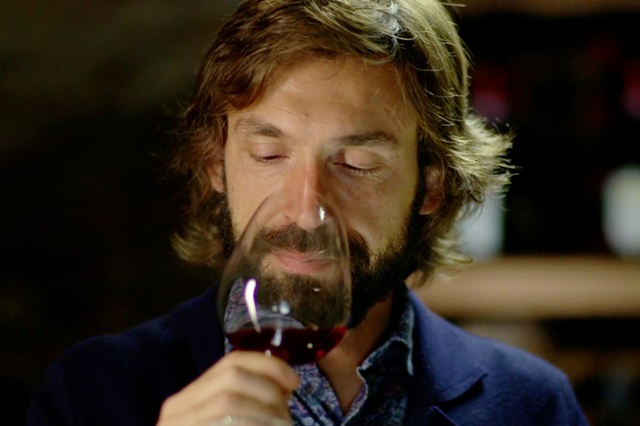 The time Guardiola told Pirlo he wanted him at Barcelona

I didn't need to be asked twice. In I went. The room was furnished in sober fashion and there was some red wine on the table. "Always a good start," I muttered to myself. Thankfully the most envied coach in the word didn't hear me. His way of speaking is very similar to mine – not really tenor style, let's say. "Make yourself comfortable, Andrea," he began, his Italian absolutely perfect.

I wasn't really bothered about much else in that room besides the person who had summoned me. Guardiola was sitting in an armchair. He began to tell me about Barcelona, saying that it's a world apart, a perfect machine that pretty much invented itself. He wore a white shirt and a pair of dark trousers whose colour matched that of his tie. He was elegant in the extreme, much like his conversation.

"Thank you for agreeing to meet me."

"Thank you for inviting me."

"We need you here, Andrea."

When FIFA and Barcelona collided

I immediately thought of Sandro – he'd die of jealousy when I told him. I was taking away the 50% of Guardiola that belonged to him.

"Even though Milan have said 'no' for the moment, we're not giving up. Let's see what happens."

As with Real Madrid (in fact, even more so than with Real Madrid), I'd have crawled to Barcelona on all fours. At that time, they were the best team in the world – what more needs to be said? Their brand of football hadn't been seen in a long time; all little first-time passes and an almost insane ability to maintain possession.

Theirs was a basic philosophy – "the ball's ours, and we're going to keep it" – mixed with intuitive understanding and movement so impressive that it seemed orchestrated by God himself. A Rolex with Swatch batteries. Utterly refined, extremely long lasting.

His thoughts on Pep Guardiola

Guardiola has taken all that and applied it to football, an imperfect science. He racked his brains and dispersed the fog, more through hard work than mere thought. What he's achieved hasn't been about miracles, rather a gentle programming of his players. His style is crèma catalana – easily digestible. It's virtual reality mixed with real life; a swim between the shores of fantasy and reality with Estiarte by his side.

In other words, we're talking PlayStation.

[He ended up not going to Barcelona because AC Milan wouldn't agree to sell him.] 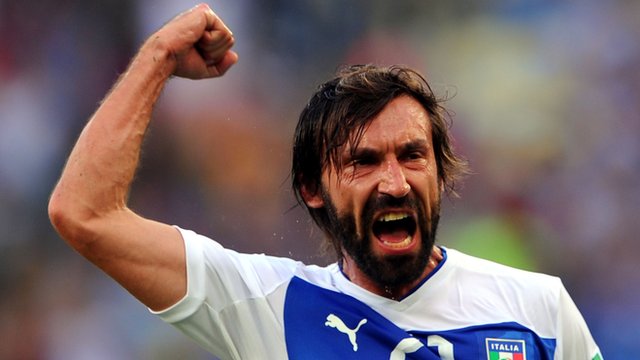 You could see the red mist coming down and he just wasn't able to hide it. We could tell what was coming and so we'd commandeer all the knives. Gattuso would grab a fork and try to stick it in us.

Some of us ended up missing games because of one of Rino's fork attacks, even if the official explanation from the club was one of muscle fatigue.

It’s an enemy that I can’t allow to wound me a second time. It’s already done enough damage: most of it hidden far from the surface.

I’ll never watch that match again. I’ve already played it once in person and many other times in my head, searching for an explanation that perhaps doesn’t even exist.

It was suggested we hang a black funeral pall as a permanent reminder on the walls of Milanello, right next to the images of triumph. A message to future generations that feeling invincible is the first step on the path to the point of no return.

Personally, I’d add that horrendous result to the club’s honours board. I’d write it slap bang in the middle of the list of leagues and cups they’ve won, in a different coloured ink and perhaps a special font, just to underline its jarring presence.

I thought about quitting because, after Istanbul, nothing made sense any more. The 2005 Champions League final simply suffocated me.

To most people’s minds, the reason we lost on penalties was Jerzy Dudek – that jackass of a dancer who took the mickey out of us by swaying about on his line and then rubbed salt into the wound by saving our spot kicks.'

I could hardly sleep and even when I did drop off, I awoke to a grim thought: I’m disgusting. I can’t play any more. I went to bed with Dudek and all his Liverpool team-mates. 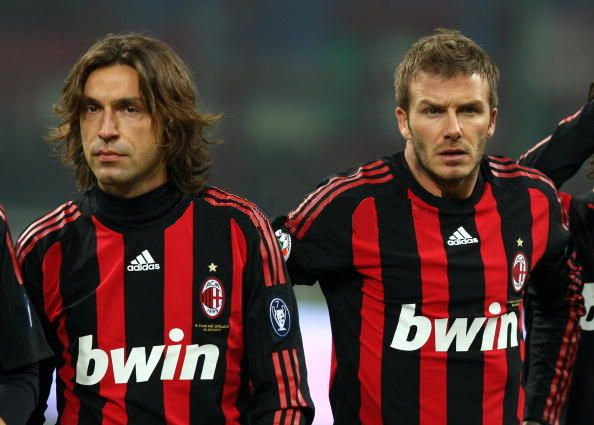 Even Sir Alex Ferguson, the purple-nosed manager who turned Manchester United into a fearsome battleship, couldn’t resist the temptation. He's a man without blemish, but he ruined that purity just for a moment when it came to me. A fleeting shabbiness came over the legend that night.

At Milan, he unleashed Park Ji-sung to shadow me. He rushed about at the speed of an electron. He'd fling himself at me, his hands all over my back, trying to intimidate me. He'd look at the ball and not know what it was for.

They'd programmed him to stop me. His devotion to the task was almost touching. Even though he was a famous player, he consented to being used as a guard dog.

His vision of life at Real Madrid

I pictured myself in that white jersey. Pristine, and at the same time aggressive; a mean streak running through its unusual purity. My thoughts often wandered to the Santiago Bernabeu, the Temple, a ground that struck terror into opponents. Bruised and battered slaves at the king’s banquet. 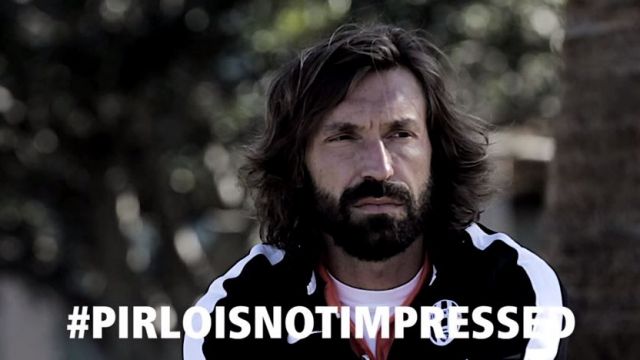 Football
3 months ago
By Donny Mahoney
Revisiting Every Calamitous England Euros Campaign Since 1988
Football
6 months ago
By Eoin Harrington
Why Has Juventus' Gamble On Ronaldo Failed?
Football
3 years ago
By Arthur James O'Dea
Watch: All 13 Goals From Andrea Pirlo's Star-Studded Testimonial
Previous Next

Football
3 months ago
By Donny Mahoney
Revisiting Every Calamitous England Euros Campaign Since 1988
Football
6 months ago
By Eoin Harrington
Why Has Juventus' Gamble On Ronaldo Failed?
Football
3 years ago
By Arthur James O'Dea
Watch: All 13 Goals From Andrea Pirlo's Star-Studded Testimonial
Popular on Balls
Gaming
17 hours ago
By Andrew Dempsey
Here Is Ireland's Best Starting XI According To FIFA 22's Player Ratings
Gaming
23 hours ago
By Jonathan Byrne
Rice And Grealish Ignore The Awkward Reality Of Their Old FIFA Cards