Despite all of this Ireland's attacking firepower, they could only eek out a 1-0 win against a dogged Armenian side.

It was the man on everyone's lips, Troy Parrott who scored Ireland's only goal of the game, finishing well from an Aaron Connolly cross.

Although it wasn't the swashbuckling display we envisioned, it was a win we needed. Here is how we rated the players as Stephen Kenny's men made it two from two in the European qualifying campaign.

Any Armenian attempts were usually ballooned far wide or far above Kelleher's crossbar. When he was sprung into action, he dealt well with a ball over the top to clear it away and saved strongly from an attempt from long-range.

Much like the rest of the defence, O'Connor didn't have to deal with much unless it was Armenian danger man Melkoyan. Turned defence into attack in an instant to set-up a golden opportunity for Adam Idah. Looking threatening when getting beyond Gavin Kilkenny on the right-wing.

Likewise with O'Connor, Bohs man Leahy didn't have much to deal with unless it was Melkoyan. Leahy stepped in halt a dangerous counter-attack midway through the first-half. Gave Aaron Connolly license to push forward as he predominantly in his own half. 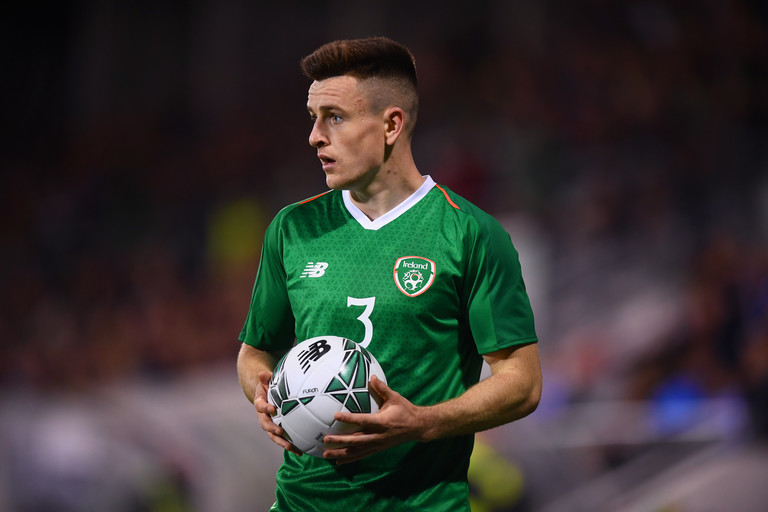 This is getting repetitive now. Again, Masterson wasn't called into action a lot. Although he made a small slip-up in the second-half, more often then not, he stepped in ably anytime the ball went beyond his two full-backs or centre-half partner.

The man with the most West Ham haircut to ever grace a pitch had a solid game in the centre of the park. Both himself and Molumby were tenacious in the tackle, as well as constantly harrying the Armenian midfield. Coventry doesn't pass the ball, he instead sprays it. 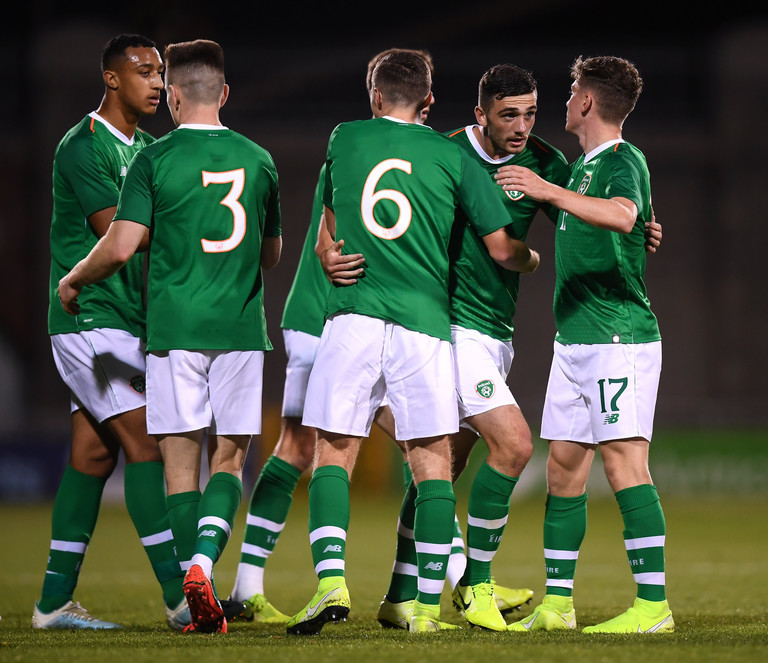 What a player. A leader in the middle of the pitch, Molumby spent most of the game barking out instructions to his team. A reassuring presence in the middle, Molumby was equally adept at driving with the ball at his feet. His lung-bursting run at the end of the first-half to get beyond his attackers was legendary. A player like Molumby is exactly what the Ireland senior side needs.

Connolly was a constant thorn in the side for the Armenian defence. So much so, that they had to double-team the Brighton winger. They eventually resorted to triple-teaming the Galway native. Not that it mattered, he constantly got to the byline to fizz in crosses, assisting the opening goal for Parrott. Inside and out, Connolly had the Armenian defence on strings.

Connolly ran himself into the ground, receiving a warm round of applause when substituted.

He was slow to get into the game, but even though he was quiet, when he got his chance, he was deadly. He finished well from a Connolly cross, finding himself in acres of space. Afterwards, Parrott grew into the game, showcasing all facets of his game. Ran himself into the ground in both offensive and defensive phases. Unlucky not to have another one or two.

The new Robbie Keane? Well, he proved he could do it in Tallaght...

Fantastic opening goal from the #IRLU21🇮🇪 side against Armenia 👌(1-0)#COYBIG pic.twitter.com/ljcMhjPHuS

Although not quite as dangerous as his counterpart on the other wing, Kilkenny showed glimpses of the talent that Eddie Howe sees in him. Worked well dove-tailing with Lee O'Connor all night.

A quiet enough game for Idah, but was still dangerous anytime the ball came to him. Missed a glorious opportunity to make it two after being played in by Parrott. Caused a nuisance for the Armenian defence all night, with his harrying leading to a golden opportunity for Parrott.

Did brilliant work to feed in Parrott who should have scored. Worked well on both wings, causing both full-backs hassle.

Occupied the role behind the striker, having some nice touches without doing much.

Had some brilliant play alongside the byline and should have done better with the finish. Bar that, Afolabi didn't do much else.

Football
15 hours ago
By Gary Connaughton
Report: Kevin De Bruyne Set To Miss Out On Fortune After City's CL Ban
3

Football
16 hours ago
By Gary Connaughton
Irish Player Ratings: Robinson & Lenihan Continue To Dominate In The Championship
Previous Next