Two days removed from Manchester United parting ways with Ole Gunnar Solskjaer and the club is moving swiftly in their pursuit of Mauricio Pochettino.

Many names have been linked towards the vacant job at Old Trafford. A difficult role to take over at the crux of it, but the club still has as big of drawing power as any.

Zinedine Zidane seems to be no longer in the running and Luis Enrique has played down rumours. It leaves Pochettino with all the momentum as the vacancy looms.

But what about his role at Paris Saint-Germain? It's understood that the French superpower is already putting plans in place to replace their manager who joined in January.

PSG have made contact with Zinedine Zidane in case of a potential departure of manager Mauricio Pochettino, sources have told @LaurensJulien. pic.twitter.com/Y9D3gz315B

ESPN has received reports that PSG has made contact with Zidane to take the reigns if the former Tottenham manager leaves the club.

Sources say it's an offer Zidane is keen on taking up. PSG believe his man-management is a big factor in bringing him to Parc des Princes given the star power at play.

How Soon Is Now?

It's understood that PSG's president or sporting director haven't received any contact from Pochettino or Manchester United about a possible departure from the club.

Reports from the Manchester Evening News suggest Man United are confident of landing the Argentine sooner than first planned.

It emerged over the weekend that the club directors want to appoint an interim manager soon. They'll then pursue a permanent replacement at the end of the season.

The fact that Mauricio Pochettino wants to walk away from a potential Ligue 1 trophy just to manage a struggling Manchester United says a lot about how much he wants us.

For this, I'm giving him my RESPECT, 100%. 👏 pic.twitter.com/moMFlkPTQK

According to MEN, PSG will allow Pochettino out of his contract early but are demanding a £10 million compensation fee for their troubles.

It has been widely shared that Pochettino isn't the happiest in his tenure in France. His family still live in London and he currently resides in a Paris hotel room.

Nonetheless, it's unlikely any deal will be made before Manchester United and Paris Saint-Germain undergo big tests in the Champions League this week.

It's a big week for both Manchester United and PSG in Europe. Pochettino will still take charge of their game on Wednesday against Man City.

The French outfit beat the Premier League title holders in September, but dropping points to RB Leipzig earlier in the month sees them sit second in Group A.

Sergio Ramos will be included in the PSG squad for the first time this season against Manchester City in the Champions League this week. 💪 pic.twitter.com/66nRkafj35

Despite Man United's poor run of form as of late - they are very much in the driving seat in Group F. A tough away trip to Villareal has big implications.

A win for United away from home will see them as favourites to top the group and go three points adrift of their Spanish rivals going into the last round of Champions League fixtures.

Many will bank on three points coming out of a welcome of Swiss side Young Boys to Old Trafford. However, results earlier in the season would suggest it might not be a safe bet.

It'll be a big week for caretaker manager Michael Carrick and co. A win over Villareal will provide much-needed breathing room for players and management.

See Also: 'We Were In This Together': Maguire On Solskjaer's Emotional Goodbye 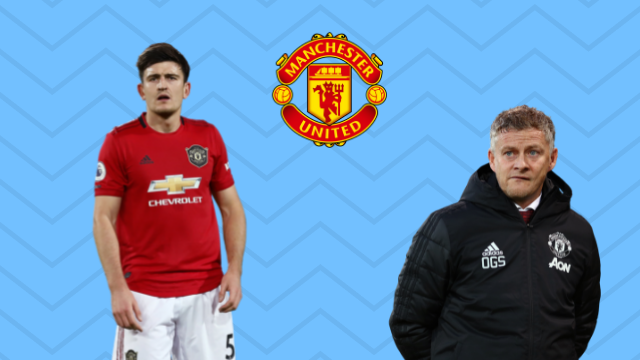