Poll: Good Or Great? Where Do You Stand On Robbie Keane's Irish Legacy? 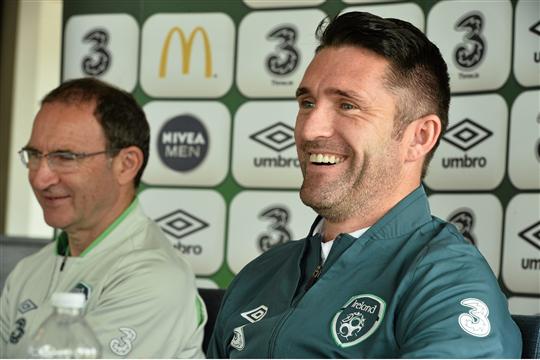 Robbie Keane seems to polarise opinion in Ireland. While most are happy to concede that Keane has been an excellent servant to the green shirt, there are those who think otherwise.

Detractors claim that he has been put on a pedestal of sorts - that too many of his goals have come predominantly against weaker opposition and that he is undeserving of his place in the starting line-up.

His longevity which has been such an integral part of his career, factors into the argument. He turns 34 today and has captained the national team since the infamous reign of Stan back in 2006.

He has scored 54 goals – 33 more than Niall Quinn, a distant second on the all-time scorers’ list – in 122 international games. He was Ireland’s leading goalscorer at the 2002 World Cup, and has scored away against Germans, the Dutch and the French. And yet The undercurrent of dismissal towards Robbie Keane's contribution remains despite an exemplary international record....

So what is it about Robbie that divides opinon? We want to hear what you think of our all time record goal scorer.