On a night of remembrance at Wembley, Scotland forgot how to defend from crosses. At the time of writing they are 3-0 down and they look ready and willing to concede more.

But the football was really a sideshow on a night when it was all about the poppies. We can expect the English tabloid press to perform a fuller analysis of the poppies on show in tomorrow's editions. Those whose poppies weren't loud or bombastic enough can expect to receive a modest public hate campaign being mounted in their direction.

One man on the ITV panel doesn't have to worry. Ian Wright's poppy marked him out as the most patriotic patriot who ever shut his eyes while singing God Save the Queen.

His tribute was an aggressive two-fingered salute to the meddlers of FIFA who tried to enforce the rule for which the FA had previously lobbied and sought to stop the teams from wearing poppies. 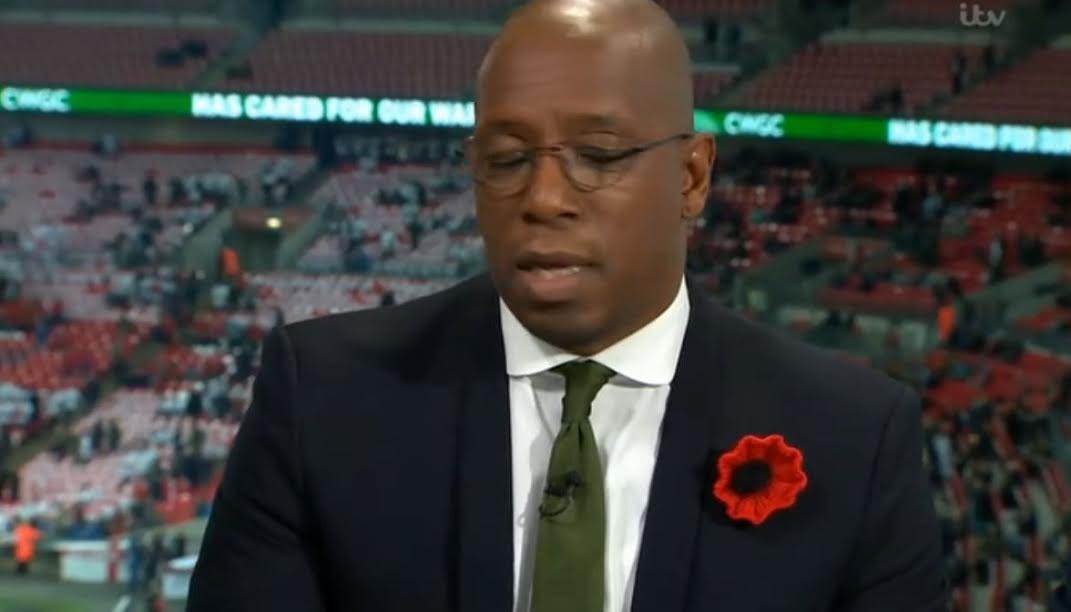 Beside him, Ryan Giggs wore a minuscule pin poppy which those of poor eyesight would have required a magnifying glass to spot. We've no doubt he must have gulped audibly when he saw what the man seated to his left was sporting. 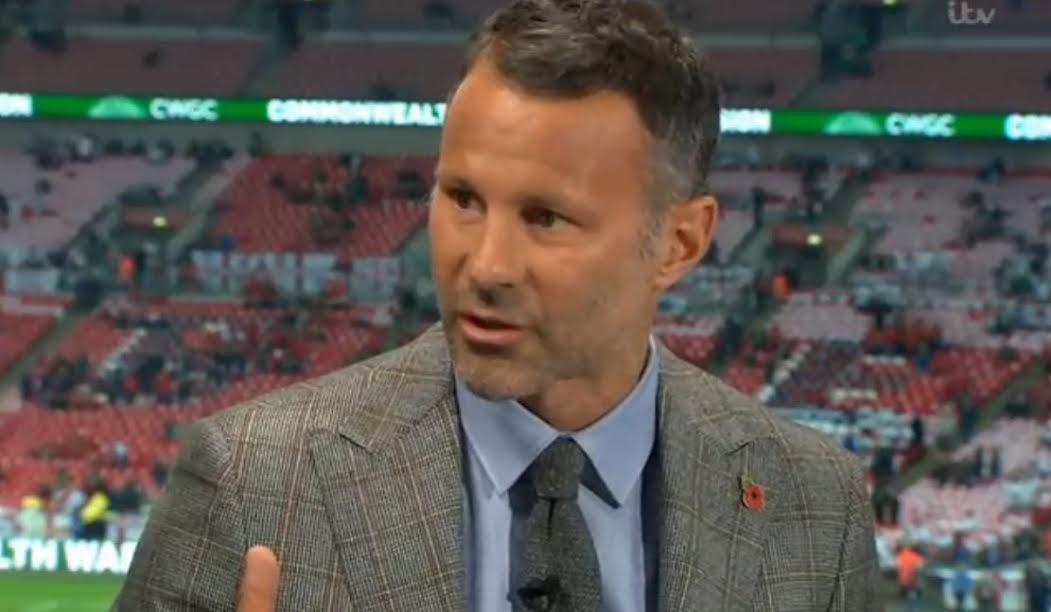 Those papery poppies worn by the England and Scotland managerial staff were not in fashion in the ITV studio. Ally McCoist's poppy, modest and respectful in size, was a cuddly, soft one. 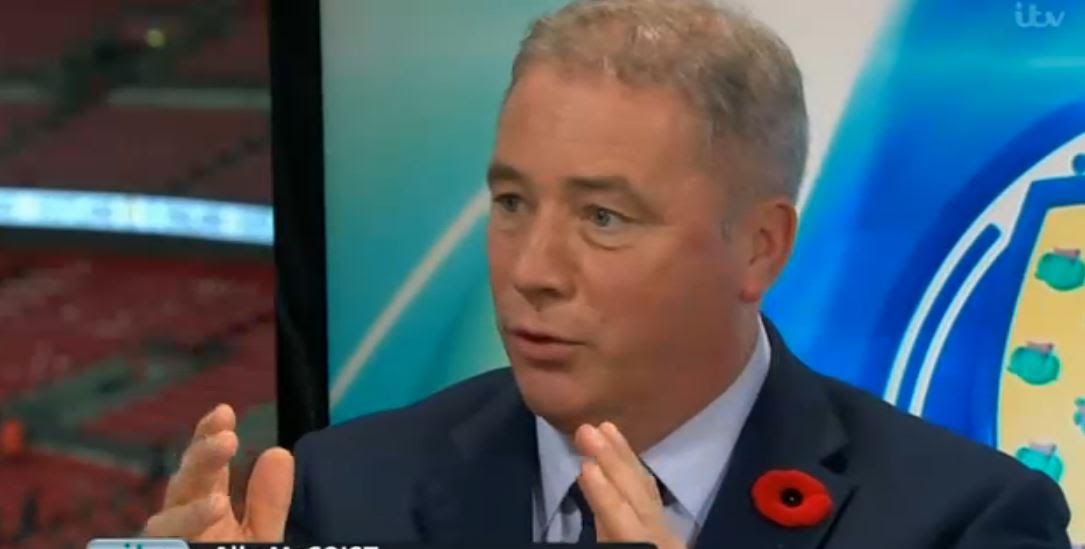 While Wright will win kudos from the tabloids who like their poppies to be worn loudly and proudly, he copped a bit of flak from the unpatriotic leftie scum on Twitter who sneered at his patriotism.

Is Ian Wright planning to squirt water from that poppy?

Glib & Shameless Liar voiced his approval of Wright's tribute to the fallen.

Ian Wright with the best poppy on the panel. #patriotic

The next time England play on 11 November, Wrighty will no doubt be wearing a giant poppy head-piece, not dissimilar to those daffodil yokes that Welsh people wear when they're at rugby matches or at stag parties in foreign countries.