Dundalk FC's Oriel Park all-weather pitch is often criticised, most notably this season when Brian Kerr called for it to be banned. The FIFA 2-Star Certified Star FieldTurf pitch is distinctly different from natural turf and is striking due to the black pellets across the field, but there is a reason for this design.

That oriel park pitch looking bad Plenty of bits flying when players sliding. Those artificial surfaces any of the panel with views on it? Is it git for purpose at that level?

How are they left play games on this green carpark that is oriel park.. disgrace! Players slipping, ball bouncing unnaturally.. football should be played on a proper pitch! 😠😠 #corkvdundalk #CCFC84

These pellets were flagged by Brian Kerr earlier this season, who called for Irish football to steer clear of the non-natural pitches.

I know I'm repeating myself but it's not easy to keep the ball down on this surface, there's a lot of rubber sitting on top of it you can see the blackness on it. I don't like the trend, we're going towards all-weather pitches in Ireland. I saw the one up in Derry last week it is a good pitch, but it is an all-weather pitch. I don't think we should be going that road. They are banned in some leagues and if it was my call I'd ban them in our league.

The pitch is in line with regulations per the FIFA Quality Concept. However, a key aspect of the requirements are that it mirrors the playing characteristics of 'football turf' and the quality of natural grass pitches. The League of Ireland's history is haunted by issues with playing pitches. The move to a calendar year season with winters off was welcomed predominately for the better surfaces it provided. 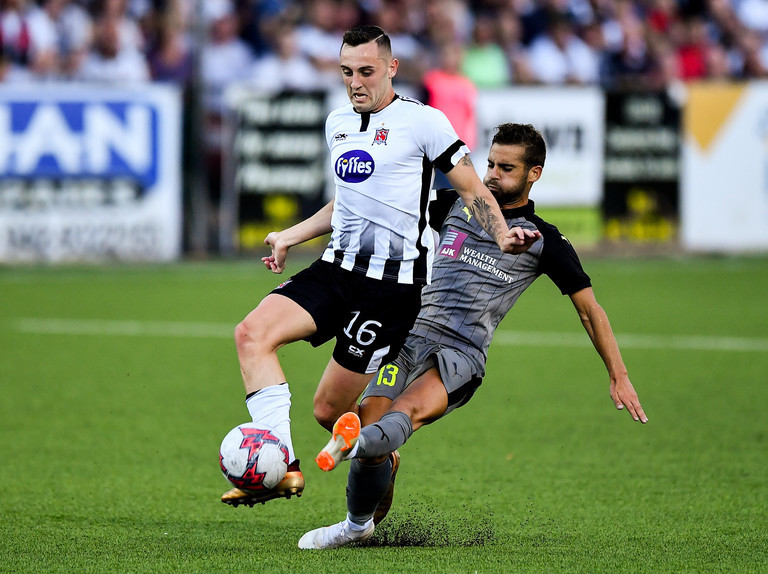 We are used to it at this stage. Certainly, it is a much-improved surface. There is UEFA regulations about how high the ball can bounce, so certain adjustments have to be made for that. In my opinion, it actually doesn't help. The way they have to set the pitch up isn't ideal for what we would like to play on. They have to put more of the rubber on it. 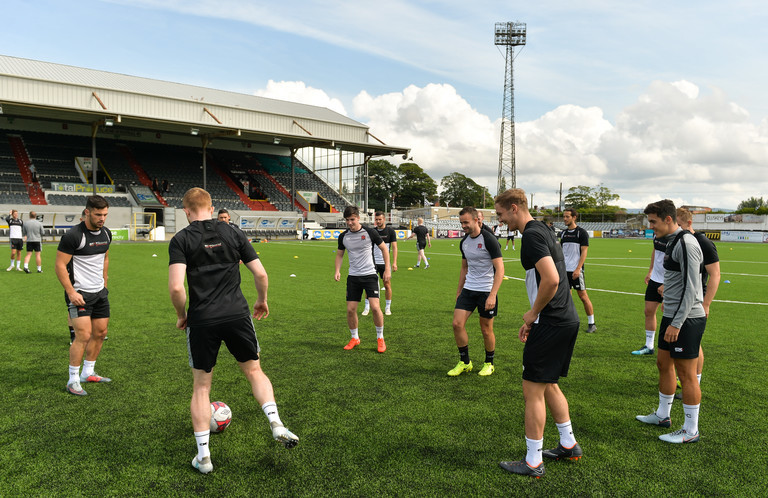 Co-host Dan McDonnell agreed that it looked 'shocking' and seemed the effect Dundalk during their recent Europa League qualifier against FCI Levadia Tallinn. Benson did clarify he would prefer a natural surface: "Obviously, every footballer wants and likes to play on grass. We're not going to lie about that just because we have an astro in Oriel."

Derry City introduced a new artificial pitch in their redeveloped ground, which Cork City boss John Caulfield was critical of. It seems the issue of all-weather pitches will continue to divide domestic football fans.

Football
6 hours ago
By Jonathan Byrne
'Quite Frankly, You're In The Drop Zone!' - RTÉ Chief Defends LOI Coverage
Football
2 days ago
By Andrew Dempsey
Bohs v Derry City Last Night Was Beautiful Madness
Football
6 days ago
By John Dodge
All 30 Men Who Have Played In The League Of Ireland And Gone To The World Cup
Previous Next

Football
6 hours ago
By Jonathan Byrne
'Quite Frankly, You're In The Drop Zone!' - RTÉ Chief Defends LOI Coverage
Football
2 days ago
By Andrew Dempsey
Bohs v Derry City Last Night Was Beautiful Madness
Football
6 days ago
By John Dodge
All 30 Men Who Have Played In The League Of Ireland And Gone To The World Cup
Popular on Balls
Gaming
9 hours ago
By Andrew Dempsey
Here Is Ireland's Best Starting XI According To FIFA 22's Player Ratings