Not long to go now. While the news that Ireland's Euro 2020 play-off against will be played behind closed doors came as a huge disappointment to supporters, the fixture is still set to go ahead.

That could change in the coming days, but for now it looks like Ireland's Euro 2020 destiny will be decided over the next few weeks.

Mick McCarthy names his squad this Friday, March 13th, and there is plenty of intrigue as to who will be included. We aren't expecting many changes from what we have seen up to this point in the campaign, but we could see a couple of new faces.

To be clear, this is the squad we expect Mick McCarthy to pick, not the one we think he should select. There are a couple of other players that we would include if given the choice. However, we feel Mick won't agree, especially when he said that this is not a game for fresh faces.

Here's the 23-man squad we anticipate will be named in Dublin this Friday:

Nothing to see here. Despite being second choice at West Ham over the past couple of months, Randolph is certain to start in Bratislava.

We can't imagine anything has changed in relation to the other goalkeepers in the squad. Travers and O'Hara have acted as backup to Randolph under McCarthy, with Caoimhin Kelleher and Gavin Bazunu likely to be part of Stephen Kenny's U21 squad. 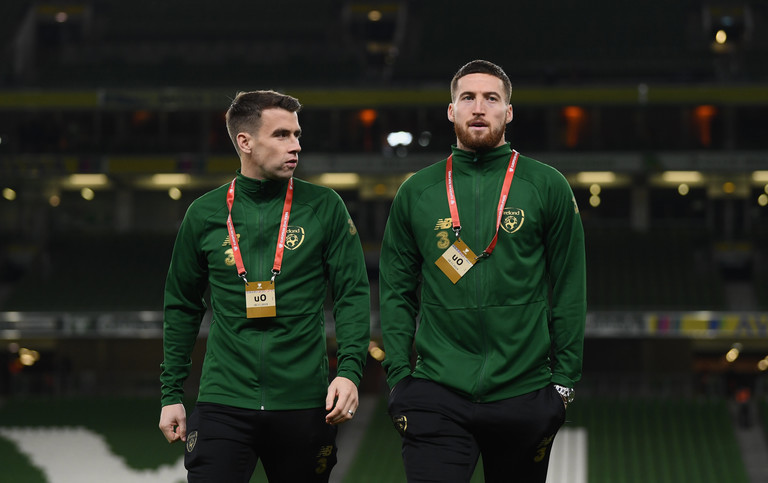 Doherty will be given the opportunity to play after Seamus Coleman's injury, and in all honesty he should have started regardless.

With Coleman out, Christie should make the squad as deputy right back. We think McCarthy will only pick one left back, as he has done in recent squads, meaning Christie will also act as cover on that side of the defence.

Duffy hasn't been a key contributor for Brighton this season but that won't diminish his status in the Ireland team.

Certain to start alongside Duffy, Egan has been in fantastic form at club level.

Long has played two minutes of league football this season, but with Ciaran Clark ruled out, his place in the squad should be secure.

Lenihan has been somewhat unfortunate with injuries under McCarthy, but he has really kicked on with Blackburn this season. Deserves his spot.

A certainty to start, although Mick McCarthy will be slightly concerned after a couple of niggles in recent weeks.

Mick McCarthy has all but confirmed that Whelan will be starting the game. 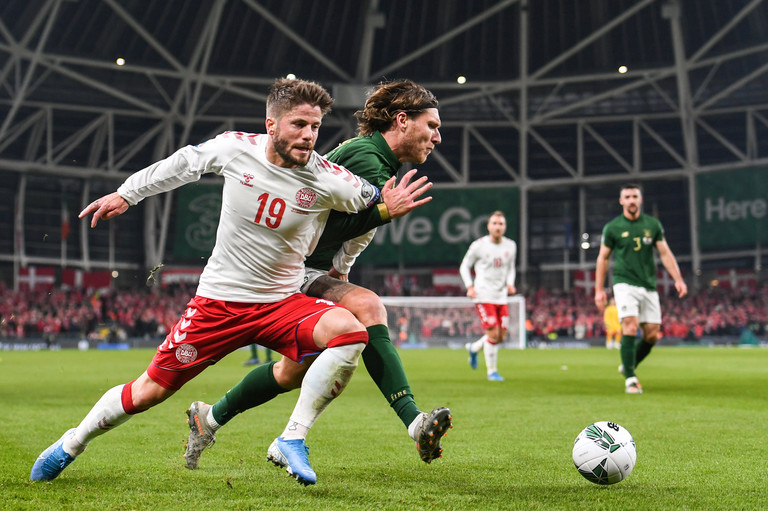 Hendrick's form has dipped after a decent period at the turn of the year, but he has started every game of the campaign thus far. That is likely to continue in Slovakia.

Having started the first few qualifiers, Hourihane dropped out of the team by the end of the group. That has coincided with a lack of opportunities at Aston Villa, but he will still be part of the travelling party.

Browne played himself into the team for the last couple of games and will be favourite to start in a midfield three.

McCarthy has experienced a remarkable renaissance at Crystal Palace in recent months. He should certainly be in the squad and probably should start based on current form. We have our doubts that Mick will play him from the beginning, but he has to be on the bench at least.

A fixture in the squad up to this point, Cullen has continued his strong form with Charlton since returning from a recent injury layoff.

Having struggled somewhat during the first half of the season, Robinson has been in fantastic form since his move to West Brom. He now looks set to play a key part in the Slovakia game.

McGoldrick will start this game, even if he is no longer an automatic starter at club level. He has earned the right to be in the Ireland team with some fantastic performances over the eight group games.

Not a major player at Burnley this season, but Brady will likely make the squad due to a lack of wingers available to McCarthy.

Byrne will be an excellent option to have on the bench if Ireland are chasing a goal in the game. He has shown he is capable of producing a moment of magic that can decide a game, most recently in Shamrock Rovers' win over Dundalk. We can't afford to leave a player like that sitting at home. 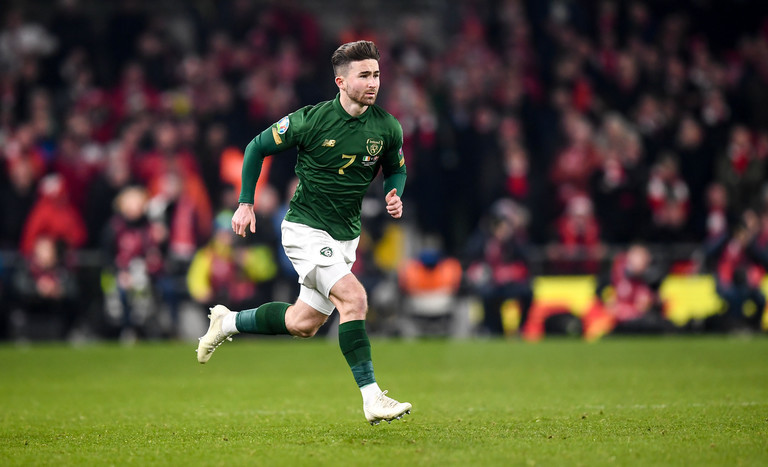 Capable of playing both through the middle and out wide, Maguire is a certainty to be on the plane.

It's unlikely that Hogan would have made the cut a couple of months ago, but his form since the move to Birmingham City is too strong to ignore. He has scored eight goals in eight Championship games.

With Ireland lacking goals throughout the campaign, he has certainly done enough to at least make the bench.

He's back. Shane Long fell out of favour last year, but Mick McCarthy has to include him here. His experience could be vital, having been part of big results for Ireland in the past.

There are a number of players who would be unlucky to miss out. Jayson Molumby would make most commentator's squad, but McCarthy has not seemed keen on including the 20-year old. The same could also be said of Michael Obafemi.

Mick has also seemingly ruled out the prospect of Aaron Connolly being included after the reduction in his playing time at Brighton.

The Ireland manager may also opt to gamble on the fitness of James McClean, but having yet to return to full training with his club, he looks unlikely to be fit enough to feature.

All will be revealed on Friday afternoon...