'I’ve Worked So Much Over The Years, To Achieve That Is Really Pleasing'

When Republic of Ireland and Aston Villa midfielder Conor Hourihane scored his club's fourth goal in their 5-1 victory over Norwich last week, he completed an impressive feat.

The Cork man's strike ensured he has now scored at every level from League 2 to the Premier League as well as at international level.

"That’s one I was very pleased with at the weekend," he explains with a grin. "To say I’d done all of that. I’ve worked so much over the years, so to achieve that is really pleasing for myself. But I won’t be resting on it. It’s time for myself to push on, and I’m hungry for more." 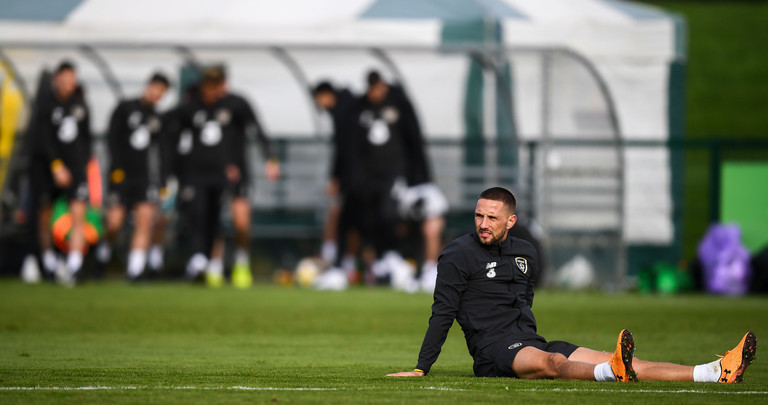 His career has spanned stints with Plymouth Argyle, Barnsley and now in the top tier of English football with Aston Villa. This week the 28-year old is busy preparing for Ireland's crucial European Qualifier against Georgia. Should he play on Saturday he will earn his 15th cap at international level, but there is no surprise at this streak.

Hourihane always backed himself to reach the summit.

When I dropped down to League Two I always had that self-confidence and self-belief that I would come back up.

I worked so hard, even on my days off. Working hard, sacrificing everything to make it happen. Yes, it was great at the weekend and it shows hard work does pay off with those kinds of moments, but it is one I won’t be resting on. I’m never satisfied with my game, I’m always my worst critic.

I’m working on my game this week again to try and improve. So maybe later on in my career, or when I’m finished, I’ll look back on it with great pride, but now is not the time to look back on it, it’s time to kick on again.

Proud but not satisfied. The bar is already rising and targets set. More goals, starting with Saturday.

"I probably want to score a couple more goals, if I’m being honest. I’ve had 14 caps now and scored one. It was great to get my first goal of course, but I’ve always scored goals over my career and over the next five or six games hopefully, I might nick one or two."