All The Official Premier League Jerseys For The 2019/20 Season

For those of us fashion-forward sporty types, this time of year is all about new jerseys. The potential new technologies, new sponsors, new kit suppliers, but most importantly, it's all about the aesthetics.

This post will be continually updated as new jerseys are released.

Yes, there have been an abundance of leaks from various clubs. However, this article deals solely with official releases.

An absoute peach of a kit from Adidas. With a collar taking inspiration from the 1986-89 home kit, Arsenal are onto a winner with this simple yet beautiful kit.

Like the look of our new home kit? You can get yours right here 👇

Adidas have invoked the spirit of the 'bruised banana' kit of the late 80s to create this absolute masterpiece.

Which GIF best describes how you feel about our new @adidasfootball away kit? pic.twitter.com/89UC3zkRdo

Thankfully, the Luke1977 experiment of last season is over. Now, Kappa have taken over kit manufacturing duties. They've created this tidy home kit, nothing too extravagant.

An iconic kit for an iconic home.

Our 2019/20 home kit courtesy of @Kappa_UK/@KappaTeamwearUK, is now on sale both in-store and online!

There's always something to be said about an away kit incorporating different shades of light blue. Some of the stitching is a bit too chunky though.

Our 2019/20 away kit will be available to pre-order on Wednesday 24th July. 😍https://t.co/rmtozmGS8A#AVFC pic.twitter.com/WkjITJx7nn

The Cherries have released their home jersey for the 19/20 season, not straying too far from last season's effort.

Likewise with Bournemouth, Brighton haven't strayed too far from last season's effort with their new kit.

The Seagulls have plumped for an all-black number for their away jersey, nothing too extravagant.

⚽️ Spotted in the @premierleague and @FAWSL next season...#BHAFC 🖤 pic.twitter.com/UoIDdnMz50

Brighton have re-appropriated last season's away jersey as the third kit for this season, keeping it plain.

⚽️ Same again next season and the record is yours Muzza!#BHAFC 💚 pic.twitter.com/kZYvplRH8z

Surprise, surprise, it's a claret and blue home effort from Burney. However, Umbro have ensured that haven't created another West Ham replica kit. The sponsor's a bit garish though.

Again, 'Lovebet' do nothing to endear themselves to lovers of sleek aesthetics here. However, Umbro are doing their best with the tools they have, throwing all the shades of light blue they had on this kit.

The new @BurnleyOfficial Away Kit for 2019/20 is here! pic.twitter.com/HMxgWoLtwt

Inspired by mod culture, Chelsea are going to look extremely Quadrophenia on their travels next season. If Frank Lampard isn't wearing a parka on the sideline, he's missing a trick.

It's a sharp look. It’s a Chelsea thing.

The jersey certainly looks clean, with all colours complimenting each other. However, the design on the torso looks like a car was doing burnouts on it.

2019 is the year for football clubs to make jersey-based odes to their stadiums. This time, Everton have tried to immortalise the Archibald Leitch steelwork of Goodison Park in fabric. Emphasis on 'tried', there.

🔵 | How the Archibald Leitch steelwork synonymous with Goodison Park became immortalised in fabric.

Salmon is a hard shade to pull off. However, we admire the moxie of anyone that attempts to rock it. A throwback to previous Everton away kits, they just need 'NEC' or 'One2One' as the sponsor to tie everything together.

An all-black third kit, it seems block colours is the trend for 19/20.

There was no messing when it came to new jerseys from European champions Liverpool. Another beautifully plain home kit from New Balance, with gold accents and white trim.

Simplicity is a theme with Liverpool's 19/20 kits, with this white number with navy accents for Liverpool's excursions.

We've looked at this jersey from all angles, yet we still can't figure out whether this kit is nice or not. One thing's for sure, that's a cracking shade of blue on the accents.

With Puma now at the helm, City's home jersey hasn't deviated too much for previous seasons. Sky blue with minimal accents and trim, simple. 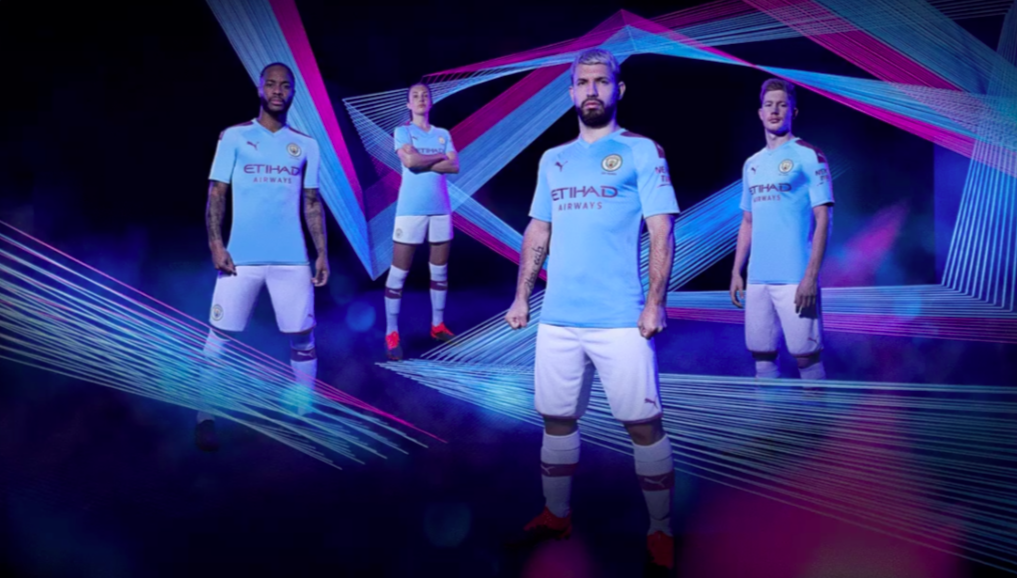 Now, this is more like it. Puma took inspiration from the famous Hacienda nightclub in Manchester to create City's away kit. Mostly black with a multitude of colours which catch the eye, Puma may have created the jersey of the season. 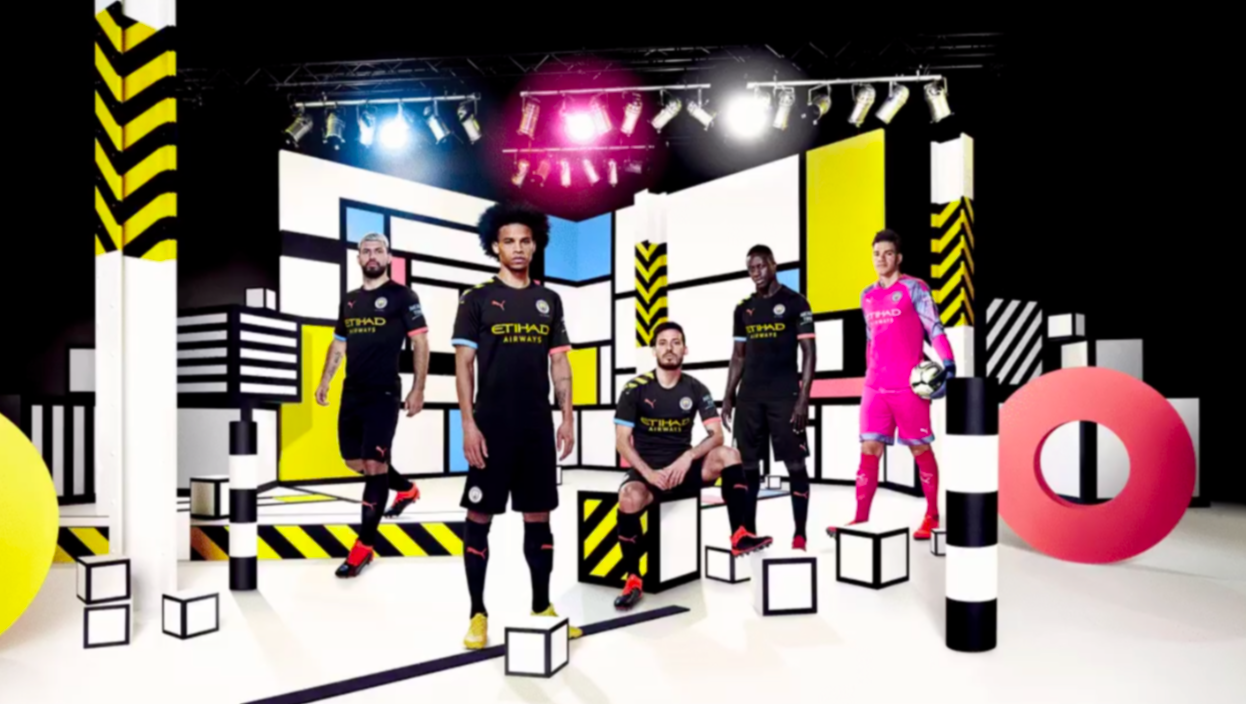 Taking inspiration from a tequila sunrise isn't the best way to design a football kit, a definite eyesore from Puma.

United's home jersey is a nod to the 20th anniversary of their Treble-winning season of 1999.

.@ManUtd have released their home kit for the 2019/20 season, marking 20 years since the famous treble winning season. 🏆🏆🏆

Possibly an ode to certain players within the Manchester United dressing room, Adidas have given United a snakeskin get-up for their travels.

An homage to the Fairs Cup winning side of 1969, only there's not enough stripes and the sponsor is an eye-sore.

I'm glad Norwich are back in the Premier League, mostly because it means Errea is back in the big time. This time out, the Canaries yellow meets a green gradient on the torso. Unfortunately, the Dafabet is a let-down.

⚽️ Innovation, creativity and care of every detail come together in the new @NorwichCityFC home shirt. 💛💚#ErreàSport pic.twitter.com/stYLSmzG4i

This jersey shouldn't work, that shade of red with yellow should only be found on a Spain jersey. But it's gorgeous. Errea are back in the big time and they are playing around.

Simplistic is the name of the game for the new Sheffield United home jersey. Red and white stripes with black accents, even the big sponsor works.

The away jersey is another simple approach, with off-white accented by touches of red and black. Didzy's also looking well wearing it.

Red and white as standard, with a black block overriding the upper-body on the torso. 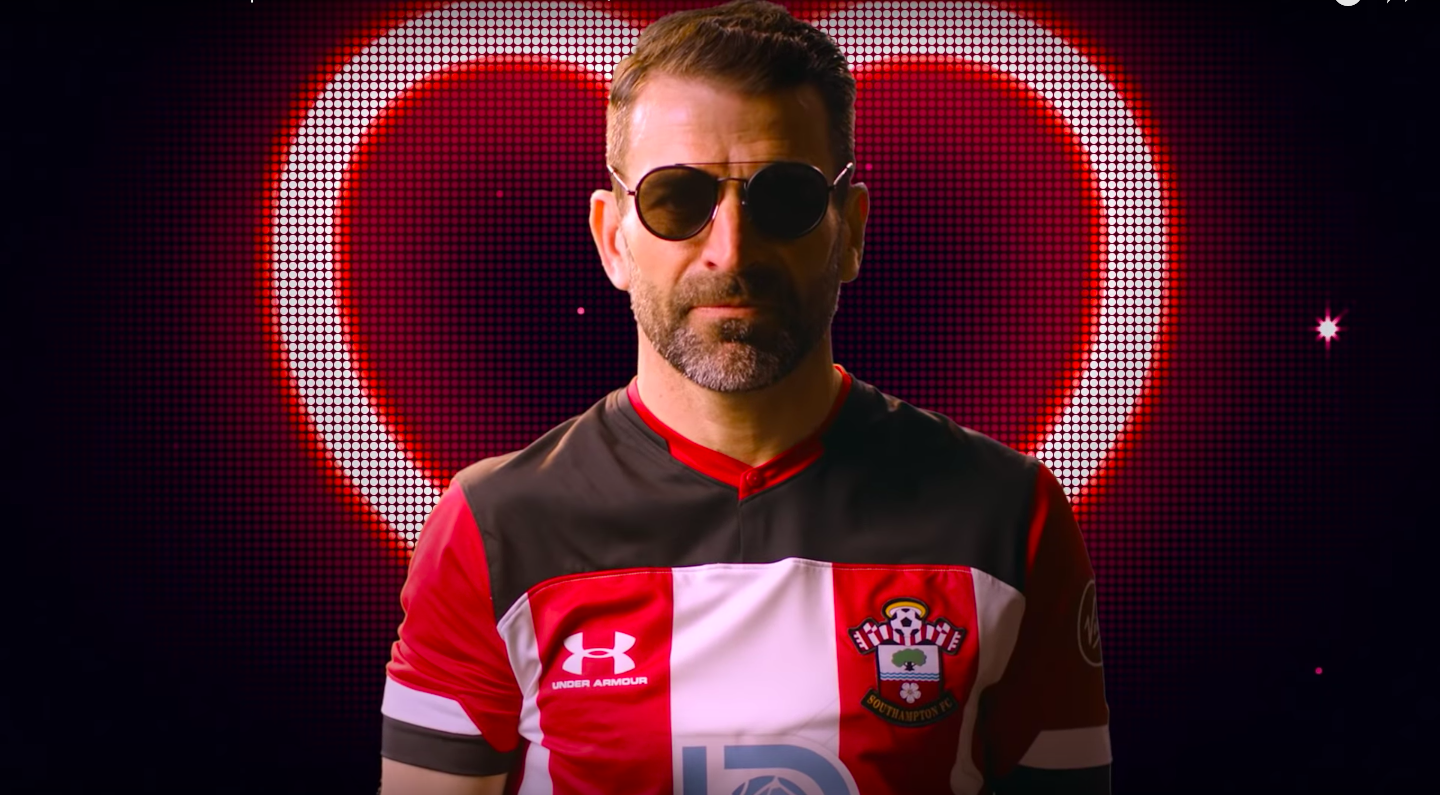 Similar set-up to the home jersey, but with a tonal black and a yellow torso upper and accents. 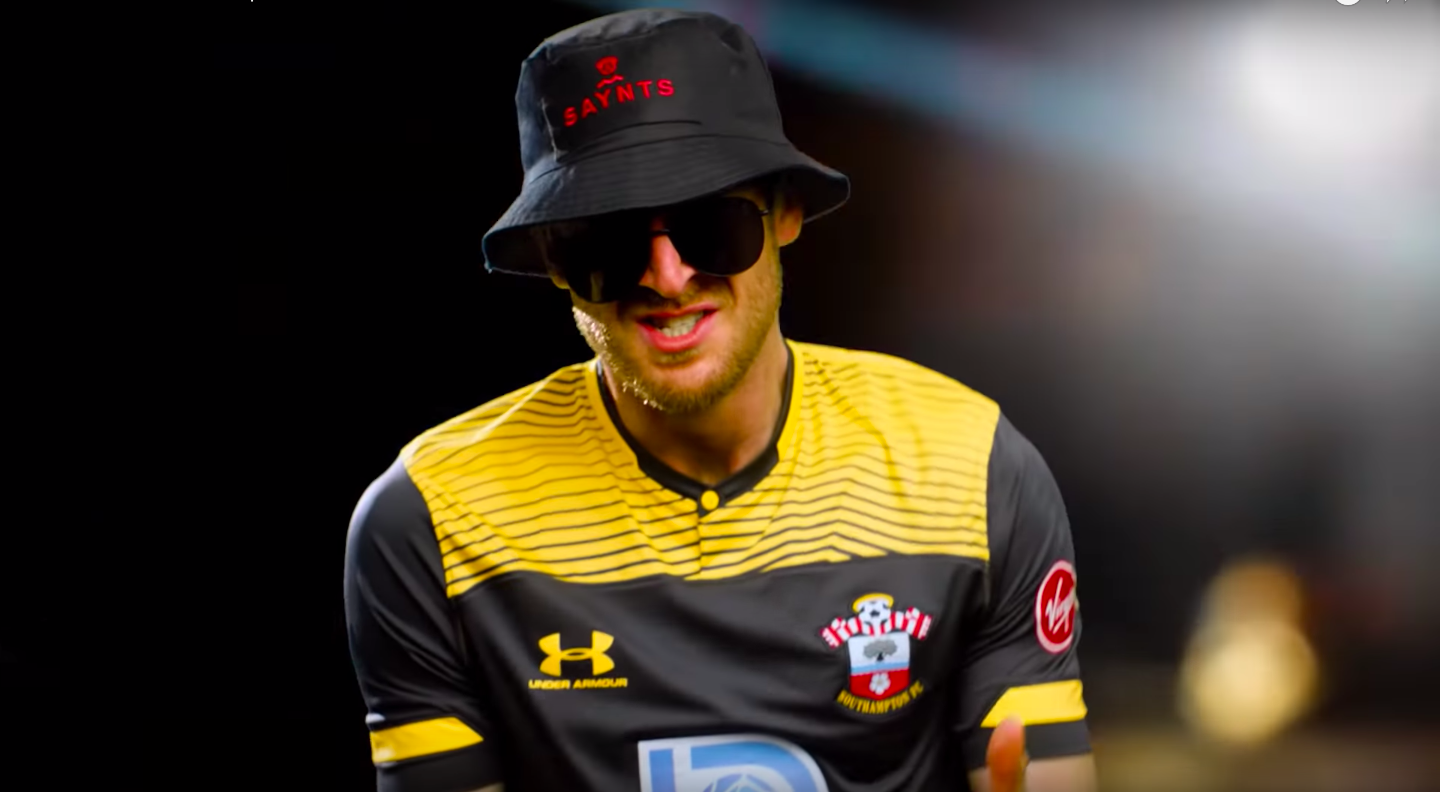 This might be the most boring kit of all-time. I'm falling asleep just looking at it.

Thankfully, the away kit is a small improvement on the tragically bland home kit. The funky design on the upper torso offsets the rest of the kit. Plus, the purple makes it pop.

This is absolutely gorgeous. The red touches, the half-and-half template, the sponsor included in the colour scheme. Everything works.

The Hammers are throwing it all the way back, with their home kit taking inspiration from the 1980 jersey. Claret and blue as standard, with a torso upper similar to Southampton's, but extended to include the arms.

The away kit is based on the 1980 away kit which was worn when West Ham beat Arsenal in the 1980 FA Cup final. A simplistic white kit with claret and blue accents and trim.

Umbro don't have to do much to impress considering the quality of West Ham's two other kits. They're the best in the business at keeping it simple, and it shows here. The pink accents are a nice touch.

Check back here regularly to see your team's new jersey as soon as it's released.

SEE ALSO: Quiz: How Well Do You Remember The 2018/19 Premier League Table?