Are Premier League Clubs Right To Sack Managers During The Season?

Earlier, Francesco Guidolin became the first (of many to come) Premier League managers to depart their club as he parted company with Swansea. Balls takes a look back on the past decade to examine whether or not replacing a head coach earlier in the season is a risk worth taking.

Iain Dowie was brought in to replace club legend, Alan Curbishley, who successfully gained promotion with Charlton but opted to join West Ham when the opportunity presented itself.  While Curbishley's reign spanned 15 years, Dowie's was quite the contrast - lasting only 15 games at The Valley. Charlton replaced him with Les Reed who managed to stay until Christmas Eve.  Alan Pardew - the reoccurring pantomime villain of Premier League managers -  would eventually take over but Charlton were relegated despite his best efforts.

José Mourinho walked out of Stamford Bridge as his relationship with Roman Abramovich broke down. Despite the fact that he finished second in the Premier League and lifted two domestic cups, the pettiness of both individuals involved meant that the clubs success would potentially be jeopardised for personal reasons.

Much to the disdain of the Chelsea faithful, Avram Grant took charge but would finish just two points behind Manchester United in the title race that season.

Position at time of departure: Fifth

Yet again, more trouble between the hierarchy and management in London. Despite the fact that West Ham got off to a good start - winning two of their three games - Curbishley became frustrated with club as Anton Ferdinand and George McCartney were transferred to Sunderland without his permission. He therefore resigned.

Position at time of departure: fifth

The argument could be made that Paul Hart's fate was sealed the day he stood foot in the Fratton Park dugout. Portsmouth were a club in turmoil, facing financial administration.  Ultimately, there wasn't a whole lot which Hart could do to even compete to stay in the Premier League.  Having won just two of their first 13 games of the league campaign, Hart was dismissed. In the end, he ensured 33% of Pompey's points tally for the season.  Which really sums the situation at the time up.

In modern football, it's rare for no managerial dismissals to have occurred before December but when Hughton was told he was no longer wanted on Tyneside, it was met with public disdain. Surprisingly, Mike Ashley - who has quite the reputation for treating his employees with respect - sacked Hughton as the club required, "an individual with more managerial experience..to take the club forward"

Alan Pardew arrived in Newcastle when they were sitting in mid-table and that is more or less where they were by the end of the season.

Position at time of departure: 11th

The previous season, Steve Bruce guided Sunderland to their best Premier League finish (10th) since the Peter Reid era a decade previous. The 2011/12 season proved tedious for Bruce as Sunderland struggled to regain form.  A 5-1 loss to Newcastle spelled the end and within a few weeks his bags were packed.

Martin O'Neill returned to management and initially went on a fantastic run of form, winning four of his first six games.  Impressed with the teams resurgence under O'Neill, the Telegraph made a bold claim, stating that; "the Wearsiders will be dreaming of a late European push".  In the end, that was beyond them.

Position at time of departure: 16th 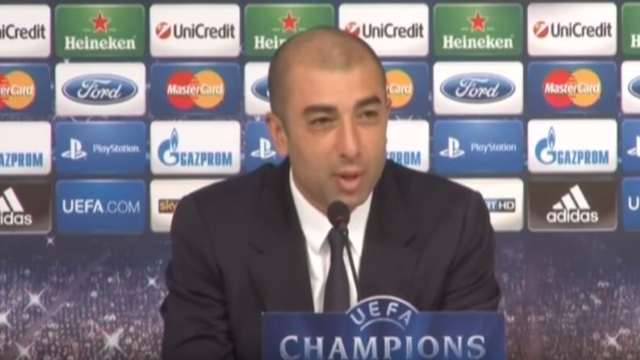 Roberto Di Matteo shocked the footballing world by leading Chelsea to Champions League glory in 2012, while in the role as caretaker manager.  Naturally, he was offered a contract to continue at Stamford Bridge the following year in a permanent position.  Chelsea started the Premier League season in solid form but it was on the European stage where their shortcomings were exposed.  Following a 3-0 defeat to Juventus, Chelsea's participation in the Champions League was all but over. Thus, ended Di Matteo's brief spell at the Bridge.

Much to the disdain of the fans, Rafa Benitez was appointed manager until the end of the season.  In the end, he won the majority of them over as Chelsea added the Europa League to their cabinet and secured a top-three finish.

Position at time of departure: Third

The year previous, Di Canio managed to keep Sunderland in the Premiership but months later he was dismissed. Selling the likes of Simon Mignolet and James McClean while replacing with 14 largely unknown players proved controversial and unsurprisingly the latest arrivals failed to click.  Sunderland were rock bottom of the table when Di Canio departed - with a 23% win rate in his 13 games in charge.

What to even say about this one? It's an uninspiring tale of one man, down on his luck, who makes a feeble attempt to recapture past form only to be replaced a grey haired maverick in the shape of Alan Pardew (Yes, him again.)

Warnock's second spell at Palace lasted only 17 games - of which he won three. Pardew, in fairness, managed to turn the clubs form around and remarkably secured a top ten finish.

Position at time of departure: 18th

It appears that Sunderland have a tried-and-tested method that - at the very least - secures safety every season. Hire manager who will 'miraculously' keep them up then fire said manager the following season. Repeat.

When Sunderland avoided relegation the previous season, caretaker manager, Dick Advocaat was visibly overcome with emotion. He later signed a new contract with the club but was out of there come October. Sam Allardyce replaced Advocaat and he too guaranteed survival.

Position at time of departure: 19th

The past Premier League decade suggests that risk is generally rewarded.  Only two of the ten Premier League managers featured finished lower in the league than the previous coach - none to the detriment of the club, however.

As things stand, Swansea are 17th in the table with just seven games gone. The appointment of Bob Bradley couldn't really come at a better time as we enter international break.  But whether or not he bucks the trend of Premier League managers and under performs in his first season remains to be seen.