Where Does This Ukraine Tackle Rank In Worst Professional Fouls Ever?

Sometimes, it just has to be done. You have to take one for the team.

But to be completely fair, Natiya Pantsulaya of Ukraine probably didn't have to hack down Northern Ireland's Sarah McFadden as the latter was bearing down on goal in last night's EURO 2022 qualifying play-off tie. With four minutes of normal time left to play, the decider was all but settled: Northern Ireland, at this point, were 3-1 up on aggregate, with one foot in the Euros.

What we got was probably the most cynical foul you'll see this year. A professional foul masterclass.

The Northern Ireland vs Ukraine match contained one of the most cynical fouls I have ever seen. It is almost a work of performance art. pic.twitter.com/uRKVdQ1mId

The professional foul is one of those elements of the game that you won't see promoted by well-paid pundits in flashy studios or managers giving post-match interviews, but for the average fan, is a reminder of the more human side of these professional athletes. A collector's item.

With that in mind, we've had a look back at some other classic 'tactical' fouls.

The surest sign that a player knows they've just committed an outrageous tackle is 'The Walk'. Gary Breen, exhibit A. He knows what's coming. He's already away to get togged in.

@Zonal_Marking this is one of my all-time favourites. Gary Breen just starts walking. Doesn’t wait for the card ? pic.twitter.com/l5RNdM2t2O

You might put it down to the phenomenon known as 'The Striker's Tackle', but Ole Gunnar Solskjaer knew exactly what he was doing here.

Sergio Ramos has always been a football villain prone to a dirty tackle, but the most famous in recent memory isn't as obtuse as you'd expect. Liverpool fans will certainly remember it, but just how malicious was this tackle?

This one is a slow burner. You have to wait for the replay, but you won't see a more blatant 'man-not-the-ball' foul today.

It was 1-1 between Cyprus and Slovenia in Nations League in 2018, with time almost up, when Cyprus captain Jason Demetriou did this. We've no idea why!

Boris Johnson might have had an illustrious on-field career, were it not for his predisposition to dodgy tackles and his opportunistic foray into politics.

Watch: 12 Of The Craziest Non-Red Cards In Sporting History 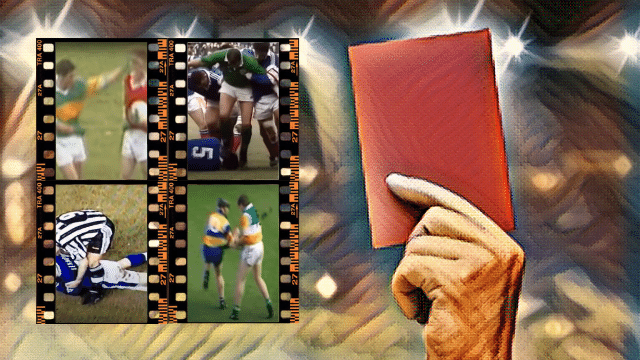