Liverpool vs Man United is one of the most compelling ties of any Premier League season. This weekend, Manchester United sit on top of the table after an unlikely run of form , while Liverpool, the champions, sit three points behind them after an equally unlikely poor run of form. It's made Sunday's encounter at Anfield one of the most anticipated meetings of the two sides in recent history. To add fuel to the fire, they'll do it all again a week later in the FA Cup.

And while we're all a flutter with anticipation for Sunday, it's not like this fixture has been short or drama or excitement in the past.  Well, to whet your appetite for Sunday game, we have set you the (impossible) task of naming the scorer of every goal in this illustrious tie since the Premier League's foundation in 1992. 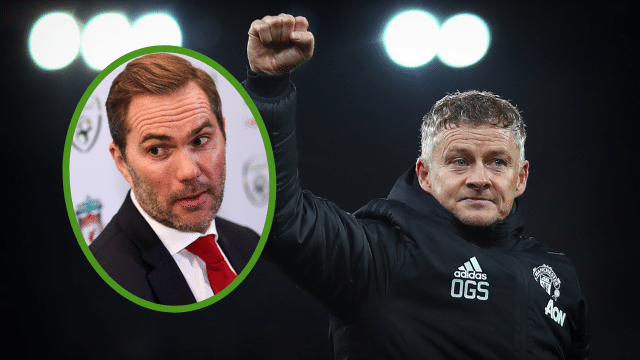 Football
3 days ago
By Gary Connaughton
At Some Point, Microscope Will Be Put On Jurgen Klopp For Liverpool's Failings
Football
3 days ago
By Balls Team
Seamus Coleman Elated By Everton Finally Getting Anfield Victory
Football
4 days ago
By Gary Connaughton
Striker Says Origi's Champions League Heroics Scuppered Liverpool Move
Popular on Balls
GAA
16 hours ago
By PJ Browne
'I Have Pictures Of Stephen Cluxton All Around My House, It’s A Bit Weird!'
Rugby
18 hours ago
By Balls Team
Son Of Offaly Hurling Legend Set For Super Rugby Debut
The Rewind
15 hours ago
By Sean Meehan
Introducing The Vote For Ireland's Greatest Singalong Song
Rugby
13 hours ago
By Eoin Harrington
Rob Kearney Player Mic Gives Great Insight On Western Force Debut