After a dreadful run of form, Everton finally managed to halt their recent slide with victory over Arsenal on Monday night.

It was a much needed three points at Goodison Park, with Demarai Gray scoring the winner deep into injury time to earn a brief reprieve for manager Rafael Benitez.

While the result was a positive one, one of the main talking points from the fixture was Lucas Digne's absence from the team.

Despite being the only senior left back available at the club at the moment, he did not even make the bench for the fixture. It was soon reported by The Athletic that the Frenchman was dropped after exchanging some angry words with his manager in the buildup to the fixture.

It was also reported that this bust-up had been a long time coming, with Digne not thought to be a fan of the tactics used by the recently arrived coach.

Speaking ahead of the trip to Crystal Palace on Sunday, Benitez refused to confirm if the defender would be back in the squad this weekend, but did suggest that he must change his attitude if he is to get back into his plans.

It is clear: the manager decides.

We need all the players around because that increases the competition in the team but at the same time everyone has to be focused and realise the priority has to be the team...

What he has to do is ensure he continues working hard and the team is ahead of any individual.

I don’t want to talk too much about individuals, it is not fair for the group. The team was doing really well with different players on the pitch the other day so we can do it.

Mason Holgate was played out of position at left back against Arsenal, but you would imagine that Digne's status as the only natural option in that position will ensure he is back in the team sooner rather than later.

Still, there is certainly no guarantee that his relationship with Benitez will improve in the weeks and months ahead.

SEE ALSO: Jamie Carragher Explains Why Steven Gerrard Made A Better Manager Than Him 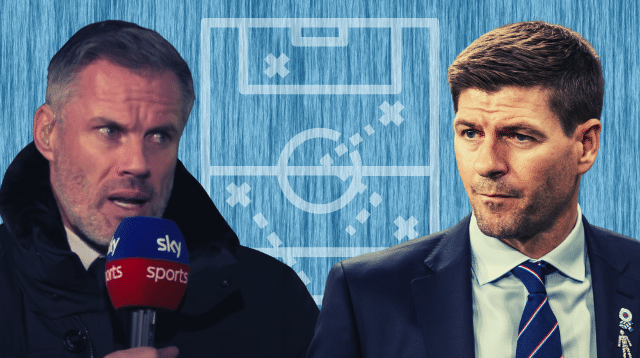