After a move away from the norm last season, order seemed to be very much restored in last night's Merseyside derby.

Liverpool completely outplayed Everton at Goodison Park, running out comfortable 4-1 winners after an excellent display. Aside from a period towards the end of the first half when the home side got a goal against the run of play,  Jurgen Klopp's team were utterly dominant in every aspect of the game.

This was just the latest setback of what has been a very difficult period for Everton. They have now failed to win in each of their last eight league games, losing six of them. As a result, the pressure is starting to pile on Rafael Benitez.

Speaking after last night's loss, he seemed to suggest that that Liverpool's spending in the transfer market was the main reason that his team were so far behind their city rivals.

I think everyone has to be disappointed because we have lost and lost the derby.

But we have lost because we made mistakes against a top side. You see how much money Liverpool have been spending and how successful they have been in the last few years.

We didn’t do things right and made too many mistakes. Against any other team it maybe wouldn’t have been so bad.

For the 10 transfer windows to Feb 2021, Everton were #6 in Europe for net transfer spend. Liverpool not even in the top 20. pic.twitter.com/e106sfVvrt

However, if we were to look at these two teams via the metric of money spent on transfers, the on-pitch product produced by Everton should be much closer to that of their neighbours.

While it is true that Rafael Benitez spent very little money in the summer (with a £1.8million deal for Demarai Gray their largest splurge), that was largely down to constraints placed on the club due to the haphazard nature of their purchases in years gone by.

It is true that Liverpool spent big on the likes of Virgil van Dijk and Alisson Becker during this time, but those purchases were offset by the sale of Philippe Coutinho, while the club have also managed to get a premium price for many of their fringe players. That is the sign of a well run club.

On the other hand, Everton's transfer policy has been very poor. They have continually splashed big sums on wide players and attacking midfielders, very few of whom have had any real impact on the team.

Of course, Benitez is not responsible for that. These mistakes were made before he came to the club.

Still, to suggest Liverpool's spending is the reason for their dominance over Everton is a fallacy. That is actually the only area of the game where they have went above their rivals in recent seasons. 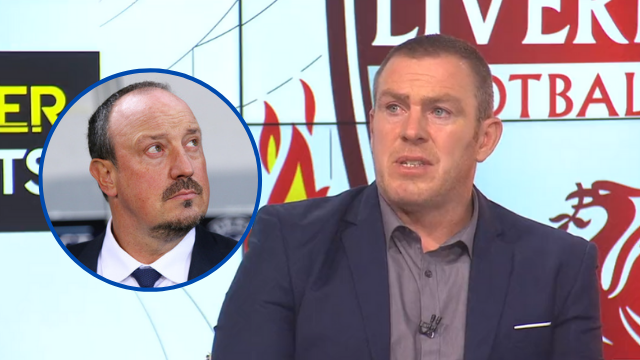 Premier League
3 weeks ago
By Jonathan Byrne
McCoist Thinks Liverpool Got Away With 'Stonewall' Gordon Penalty
Football
3 weeks ago
By Gary Connaughton
Liverpool Fans Couldn't Get Enough Of Alisson Taking The Piss Out Of Jordan Pickford
Football
3 weeks ago
By Gary Connaughton
Souness & Carragher Feel Anthony Gordon's Diving Cost Everton A Clear Penalty At Anfield
Popular on Balls
GAA
1 day ago
By PJ Browne
The Draw Has Been Made For Tailteann Cup Opening Rounds
GAA
2 days ago
By PJ Browne
Donal Óg Cusack Defends Dublin Hurlers After John Mullane Criticism
The Rewind
3 days ago
By Eoin Harrington
Watch: Brilliant Dermot Morgan Dublin Segment From 'The Travel Show' Resurfaces
Football
3 days ago
By Eoin Harrington
Alan Shearer Says Roy Keane "Ran Away" From Him After Famous Clash