Just Who Is Ralf Rangnick And Why Did Manchester United Want Him?

So, it seems as though Manchester United have their man to replace Ole Gunnar Solskjaer. Widespread reports kicked off by the Athletic on Thursday afternoon suggested that German Ralf Rangnick is to take over as manager on a six-month contract before moving upstairs as a footballing consultant on a two-year deal.

On Friday afternoon, the ever-reliable Fabrizio Romano confirmed that a deal had been struck between United and Rangnick's current club Lokomotiv Moscow to seal the move. Social media has been awash with Manchester United fans thrilled with the news - but what exactly does Rangnick bring to the table? Is really the saviour that he's been portrayed as?

Agreement in place between Manchester United and Lokomotiv Moscow for Ralf Rangnick. Deal will most likely be signed late this weekend. 🔴🇩🇪 #MUFC

Ralf Rangnick already has an agreement to join as interim manager and then with ‘consultancy’ role starting from June 2022. pic.twitter.com/KlwokAGm5P

We took a look at Rangnick's history both as a manager and sporting director, as well as analysing some of the more dotted points in his past, to put together an idea of what fans can expect from the man credited with creating the "Gegenpressing" style of football.

Let's start with Ralf Rangnick the manager, as that is the first mode in which Man United fans will become acquainted with him. His career started off in the lower divisions of German football, with teams from the 2. Bundesliga, as well as youth and reserve teams for the likes of Stuttgart.

His first major break came in 1999, when he moved to take charge of top flight Stuttgart's first team. Though their league form brought mixed results, his time in charge there brought a run to the knockout stages of the UEFA Cup - and he also brought on a youth team coach by the name of Thomas Tuchel for his first job in football coaching.

His two spells with Schalke were perhaps his most successful as a coach, as he guided the team to second place in the league and a cup final in 2004-05 - though the lack of an end product will not exactly be welcome to Manchester United fans, who became accustomed to the tune of "so near, yet so far" under Solskjaer.

He returned to Schalke in 2011 for a short spell to close out the season - and led the team on an extraordinary run to the Champions League semi-finals, smashing defending champions Inter Milan 5-2 on their home turf in the quarter-finals, before coming up short against Manchester United in the semi-finals.

Any time Rangnick has arrived at a club in turmoil mid-season, he has tended to steady the ship well and then some - he did so at Schalke in 2011, at Stuttgart in the early 2000s, and at second divison Ulm in the late 1990s.

His time at Hoffenheim - where he gained promotion and established the club as a Bundesliga club in the space of four years between 2006 and 2010 - was also hugely impressive, and the club have remained in the top flight ever since, even reaching the Champions League on multiple occasions.

Rangnick's preferred style of play appears almost the exact opposite of that seen under Ole Gunnar Solskjaer at Manchester United - intense pressure off the ball, and controlled attacking play when in possession. It's unlikely we'll see more of Solskjaer's preferred 4-2-3-1, with Rangnick more known to use a 4-2-2-2 (although he has, on occasion, reverted to a 3-5-2 or 4-3-3).

His style of play has become known as "Gegenpressing", and is centred around winning the ball back as quickly as possible when lost, with persistent and ruthless pressure on the opposition. It has directly influenced the playing styles of Tuchel, as well as Liverpool manager Jurgen Klopp - who spoke on Friday about his fears for Rangnick's arrival in the Premier League.

Jurgen Klopp is asked about the possible arrival of a manager he knows well, Ralf Rangnick to Manchester United pic.twitter.com/01JyaRZpJz

But what of Ralf Rangnick the sporting director? Long-term, that is the question that will matter far more to Manchester United than whether he can deliver a satisfying conclusion to this season.

Rangnick first moved upstairs at a club in 2012, when Red Bull appointed him director of football at both RB Leipzig and FC Salzburg. Under his stewardship, Leipzig moved from the fourth division of German football all the way to finishing as runners-up in the Bundesliga in 2018, as well as reaching the Champions League semi-finals in 2019-20.

Though the obvious questions surrounding Red Bull's financial advantages spring to mind, it's not as if Rangnick will not have money to play with at United. His eye for youth talent was also impressively showcased during this time, with Leipzig recruiting the likes of Timo Werner and Dayot Upamencaio during his time as D.O.F., while Salzburg signed a little-known man by the name of Erling Haaland.

His most recent spell as a technical director is where questions start to emerge. Last summer, he took over as Head of Sports and Development at Lokomotiv Moscow. Having finished 2nd-2nd-3rd in the Russian League in their previous three seasons, Lokomotiv would have hoped the arrival of Rangnick would push them on to even better things, but it hasn't panned out as such.

They are bottom of their group in the Europa League without a win, a distant fourth in the Russian League, and their new signings have largely struggled to make any kind of meaningful impact. Lokomotiv's CEO, Vladimir Leonchenko, is under intense pressure, and Back Page Football's Russian correspondent Alan Moore describes a rather intriguing scenario:

At Loko he [CEO Leonchenko] knew by August he’d made an almighty mess. He desperately tried to hang onto his job by offloading Rangnick, Zorn and Gisdol last month, yet there were no takers. Now, Manchester United look like willing gillies.

It's tricky to discount all of the impressive work done throughout Rangnick's career on the basis of a poor spell in Russia, but it also can't be denied that his most recent work doesn't exactly flatter him.

With regard to how he will take to this Manchester United squad, he has quotes on record both questioning left-back Luke Shaw's right to a place in their backline, as well as on 36-year-old Cristiano Ronaldo, who he described as "too old" little over a year ago.

🗣 "They could do with a left-back, I know they have Luke Shaw but I'm not so sure if he's still on the same kind of level you need for a club like Manchester United."

There are more serious worries on Rangnick's stances on racism and doping, as the German has made questionable comments on both in the past. Speaking on anti-racism movements in football in the aftermath of Mesut Ozil's accusations of racism in Germany in 2018, Rangnick said:

Football can basically bring a lot together, even topics that are otherwise difficult to unite, but football must try to stay out of political positions. Football should continue to be aware of this function; this includes taking an apolitical role.

Those comments did not necessarily condemn anti-racism movements, nor did they express a lack of support for their motivation, and the brevity of the quote suggests it could have been somewhat lost in translation. Nonetheless, the comments are a concern, and the likening of anti-racist ideology as "political" is always dangerous territory.

It's tricky to say how Ralf Rangnick will line up as Manchester United manager and questions swirl from left, right, and centre. Will he stick with Ronaldo up front? Will his Gegenpressing withstand the pressure of his disciples Tuchel and Klopp? Can he steady the ship? Are his best days past him?

The most important question is, of course, whether or not the deal is confirmed, and we should have a clear answer in the next 48 hours. It appears on paper to be a positive appointment for United, but time will tell if Ralf Rangnick truly is the man to bring them into a new era.

SEE ALSO: Quiz: Name The 50 Irishmen With The Most Premier League Appearances 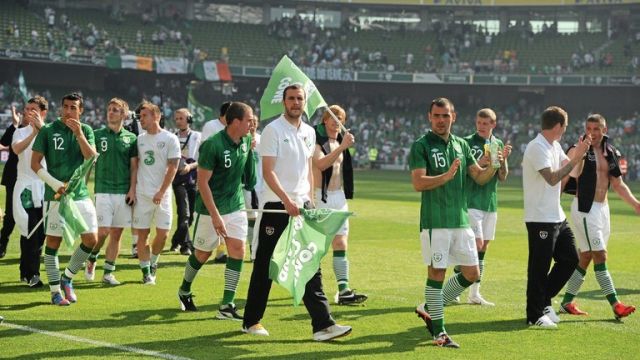