New Manchester United interim boss Ralf Rangnick has a big reputation for recruiting players. He spent eight years as director of football for both Red Bull Salzburg and RB Leipzig and is responsible for buying the likes of Joshua Kimmich, Naby Keita and Sadio Mané just to name a few. Manchester United are in need of players in a few key positions and Rangnick would be very aware of that. Many have wondered what kind of footballers Rangnick will try to bring to Old Trafford. So it was interesting to German football journalist Christian Falk discuss Rangnick's transfer wishlist on Bild.de and Twitter today.

Specifically, Falk has listed four footballers linked to the Red Bull clubs who Rangnick will try to lure to Manchester United. It remains to be seen if these footballers will be tempted to Manchester, but there are some very intriguing names.

One of the hottest prospects in world football, Haaland is likely to leave Borussia Dortmund soon as the Norwegian striker has a release clause of around €75 million due to become active next summer. The striker just netted his 50th Bundesliga goal in 50 games for Dortmund on the weekend and is already one of the best finishers in the world, despite only being 21-years-old.

Haaland was brought to Red Bull Salzburg in 2018 while Rangnick was in charge and according to Falk Rangnick "is close to Haalands father Alf-Inge", who also serves as his agent. This is probably an unlikely transfer as some of the best teams in world football are looking for Haaland signature and the striker may not want to play for a team in United's situation. But Rangnick's affiliation with the club surely makes it more likely than it was two weeks ago.

The Mali international has been linked to United for some time now and United are desperate for a midfield upgrade. The current Leipzig player went to Red Bull Salzburg in 2016 under Rangnick's charge and was then moved to Leipzig in 2019. The midfielder is still only 23-years-old and will be used to Rangnick's gegenpressing style of football. Falk has also said Haidara could "replace Paul Pogba", should the Frenchman leave the club in the summer.. Haidara might be eager to move to Old Trafford as in 2019 he told FootMali "My dream club is Manchester United. I will fight with all my strength to one day play for that club." Haidara is the footballer with the strongest link to a transfer to the club.

One of the more surprising players Falk mentioned was Timo Werner. The Chelsea striker has struggled since moving to London last season and has only scored seven goals in 43 league appearances at Stamford Bridge. However, the German was one of the best strikers in Europe while at Leipzig under Rangnick. He scored 95 goals in 159 games while at Leipzig showed that he fits perfectly into Rangnick's gegenpress. It's difficult to see Chelsea sell Werner to a Premier League rival but for the right price Werner may make the move to Manchester United.

This would be quite a coup for United if they can pull off this transfer as Nkunku is one of the most in-form players in Europe right now. The Frenchman has scored 13 goals and registered nine assists so far this season, including a hat-trick against Manchester City in September. Nkunku joined Leipzig in 2019 from PSG and was one of Rangnick's last transfers before leaving Red Bull. He's a very versatile player, being able to play deep, on both wings or as a second striker. With skills reminiscent of a young Ronaldo, Nkunku would be a delight to watch if he moved to Old Trafford.

See Also:Alex Ferguson Names His Greatest Captain, And It's Not His Most Successful Captain 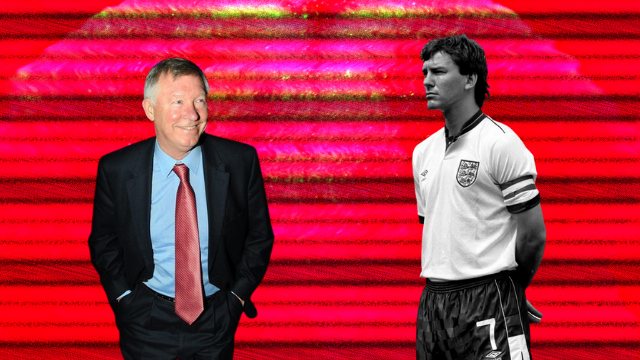