The Republic of Ireland have suffered an injury blow ahead of their World Cup qualifier against Serbia later in the month. Stephen Kenny has revealed goalkeeper Darren Randolph will miss the away fixture on March 24th.

Randolph suffered a hip injury in West Ham's 2-1 defeat to Manchester City at the end of February. In that game, the West Ham defenders were helping him take the kick outs, as teammate Lukasz Fabianski also battled an injury.

Stephen Kenny has confirmed that Darren Randolph has been ruled out of the March fixtures. Worrying but will present an opportunity for another.

"He's had a kicking issue for a while," Kenny said ahead of the game. "Initially a thigh injury and then a hip injury. It's caused him a lot of anguish. Darren won't be fit to be selected for the camp."

With Ireland's stalwart first choice in goal ruled out, it leaves a first team spot open in a crucial time for the side. It's no longer an era of experienced goalkeeping choices, with the likes of Kieren Westwood and Colin Doyle coming to mind of past.

Liverpool's Caoimhin Kelleher and Bournemouth's Mark Travers are the likely choices this time around. Kelleher is battling a stomach muscle injury so he could be doubtful. Republic of Ireland U21 goalkeeper Gavin Bazunu could also get the nod.

Travers made his international debut against Bulgaria in the Aviva in September. Kelleher has been in squads but is yet to make a senior competitive appearance. Bazunu, 19, is on loan at Rochdale from Manchester City. He has made 3 appearances for the Under 21 side at a national level.

Travers was recalled from a loan spell with Swindon Town by Bournemouth earlier this year after starting eight games for them. Since his recall, he has not made an appearance for his parent club. Kelleher has started five games for Liverpool this season in all competitions.

Stephen Kenny has been impressed with Kelleher's development at Anfield:

He's due back training at the weekend. Fingers crossed he comes through okay because he's played five games for Liverpool and he's been first-class in those games.

It's a crucial game to come into. Kelleher has games in the Premier League and Champions League this season under his belt. Travers has made his international debut already, but given the calm character that Kelleher is, an international debut probably won't phase him.

The Corkman put in a man-of-the-match performance against Ajax in his Champions League debut, keeping a clean sheet and getting plaudits from every name under the sun.

He made a huge late save to keep the score 1-0, and help Liverpool qualify for the last 16.

Jurgen Klopp ran straight over to him at full time 🤗 pic.twitter.com/dG32mkM8Ej

In his follow up appearance, Kelleher had an unfortunate penalty incident at FC Midtjylland where he gave away a spot kick and conceded in a 1-1 draw. He did however make some important saves to keep the score line at one a piece.

Randolph made his first Premier League start in almost a year as a late replacement for Fabianski against Everton on New Year's Day. In two seasons after returning to The Hammers, he's made a total of three league starts and eight appearances in all competitions.

A lot of eyes will be on whether Kelleher can recover from his stomach injury in time to feature.

See Also: Ancelotti Explains Why Seamus Coleman Is Like Terry, Maldini, And Ramos 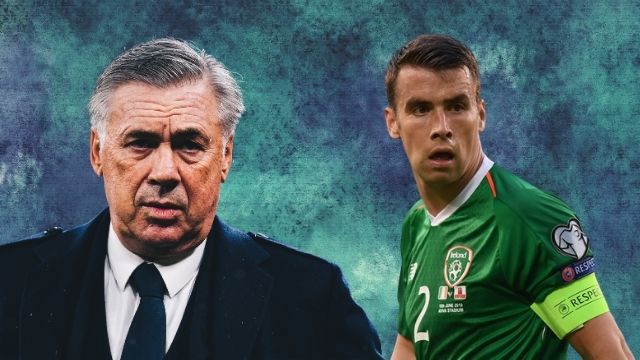 Football
3 hours ago
By Michael McCarthy
Marko Arnautovic Gets One Game Ban - Is It A Cop Out?
Football
4 hours ago
By Donny Mahoney
VAR At The Euros Has Proven How Poor Premier League Refereeing Is
Football
19 hours ago
By Emmet Bradshaw
Sadlier And Hamann Absolutely Nail Football's Backward Concussion Attitude After Pavard Collision
Previous Next