The World Cup comes around once every four years, and for those of us who are passionate about the virtual version of the beautiful game, it brings about a chance to get our hands on the official World Cup video game, where we can steer our nation to glory.

EA Sports has held the licence to produce the official game of the World Cup since 1998, which means that this year's Brazil 2014 game is their 5th attempt at bringing the world's single biggest sporting event to games consoles in living rooms around the World. In total there are 7 official World Cup games, the oldest being Italia 90 on the Sega Megadrive, and we are going to detail and rank each one. Gamers, prepare for a blast of nostalgia. 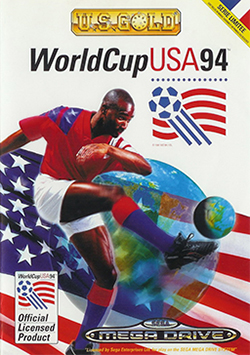 Last place on our list goes to the official game of the 1994 World Cup in the USA. Developed by U.S.Gold for the Sega Megadrive and Super Nintendo, this was the studio's second attempt at an official World Cup game. Unfortunately, it was a bit of a let down compared to the Italia 90 game, which features much higher on this list. The birds-eye view of the pitch and the top of your player's heads is iconic for the Megadrive, and this particular game introduced little animated referee windows which popped up any time he made a decision. They were a tad annoying. Gameplay-wise USA 94 wasn't that bad, but it wasn't enough of an improvement over Italia 90, which came 4 years before it, this is one of the main reasons for it's place at the bottom of the pile. 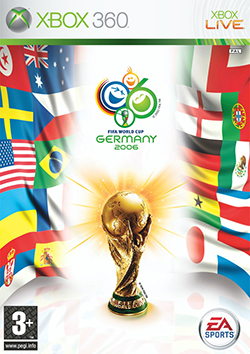 EA Sports' first entry in this list is a game from the "dark ages" of FIFA's lifespan, when Pro Evolution Soccer was the undisputed king of soccer video games. 2006 FIFA World Cup was released at an awkward time for games consoles, as the Xbox 360 had recently launched but the Playstation 3 was not yet available outside of Asia, therefore EA released two different versions, one for the older generation of consoles, and one for the Xbox 360. FIFA games were not a "must own" game at the time the way they are now. The graphics were odd, players always looked kind of ill, and the mechanics of the game resulted in a much more sluggish representation of footy than the PES games did at the time. Online play and leaderboards were the main attraction, as well as the availability of 127 teams to play through the qualifying and World Cup finals tournament, but really this game didn't live up to the tournament it was representing. 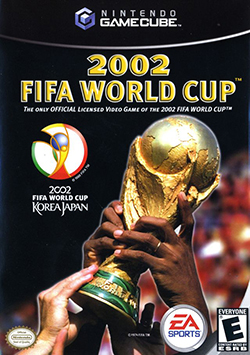 Another EA Sports game which faced stiff competition from other football games was the official game of the 2002 World Cup. A mixture of the engines used for FIFA 2002 and FIFA 2003 gave us this solid effort, which came just before the explosion of Pro Evolution Soccer into the mainstream, and alongside the cult classic This Is Football series. 2002 FIFA World Cup always looked a bit odd. Player's heads, the ball, and the goalframe looked absolutely massive, and the gameplay was criticised for feeling like it was "on rails", a common complaint for EA Sports games at the time. Still, Niall Quinn and Jason McAteer were complete beasts in this game, so it makes it into the top 5. 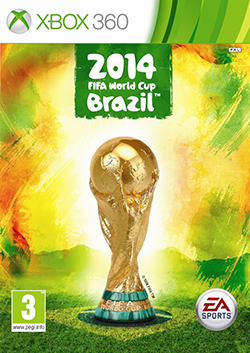 Coming in just outside the top 3 is the most recent FIFA World Cup game, Brazil 2014. Whereas most games on this list had stiff competition in the football video games market, Brazil 2014 has none, apart from FIFA 14, which is almost the exact same game. EA Sports made the controversial decision to ignore the shiney new Playstation 4 and Xbox One consoles, and only release the game for PS3 and Xbox 360, which is understandable as most gamers have not yet made the leap to next-gen, but its still disappointing none the less. Gameplay-wise 2014 FIFA World Cup is almost identical to FIFA 14, with changes to the speed of the game and new skill moves being the only noticable differences. That is not to say it is a bad game, but the Xbox One/PS4 vesion of FIFA 14 is significantly better than the 360/PS3 version which is beginning to feel a little bit stale, as many of the problems from FIFA 12 and FIFA 13 still exist, namely those bloody over-the-top-through-balls. The Road to Rio mode is entertaining, and the Online World Cups are a great challenge. Decent game, room for improvement. 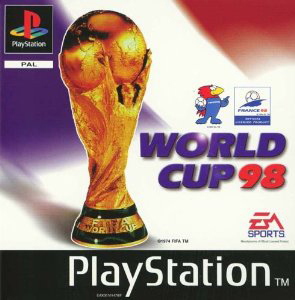 Who could forget loading up the World Cup 98 game for the first time and being blasted by Chumbawumba's iconic vocals "I GET KNOCKED DOWN!", which no doubt made the intro for World Cup France 98 the most watched intro ever. Released on Playstation and N64, France 98 built on EA Sports' critically acclaimed engine which powered FIFA 98, an iconic football video game (I hope you loved the indoor football as much as I did). The gameplay was very similar to FIFA 98, if not a little more frantic, and little details like a man of the match award were added to give more of a tournament feel. The game wasn't stacked with features, but World Cup 98 was so damn playable. Hours were lost trying to take Ireland to glory, and "winner stays on" sessions were seemingly endless, and Tony Cascarino was absolutely lethal. Great game. 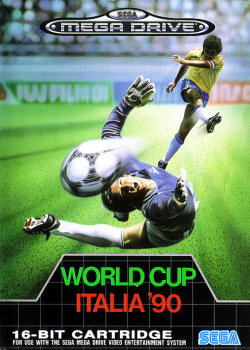 If you owned a Sega Megadrive, chances are you owned Italia 90. For many people in the UK and Ireland, Italia 90 came bundled with the Sega console as one of a number of games on one cartridge, along with the likes of Sonic, Moto GP, Golden Axe, Columns, and the daddy of them all, Streets of Rage II. Italia 90 was this video game lover's first taste of virtual football, and I loved every minute of it. Made by U.S.Gold, like USA 94, Italia 90 was a top-down, birds-eye view soccer game with amazingly 90's menu music and a weird Schwarzenegger-esque grunt that greeted the player on the press start screen. Minimalism at its finest, Italia 90 was a no-frills, frantic, football game. Does anyone else recall the one stock image that used to flash up when a goal was scored? The same picture of a player running off in celebration, only the colour of his clothes altered to reflect the team he was playing for. Brilliant. 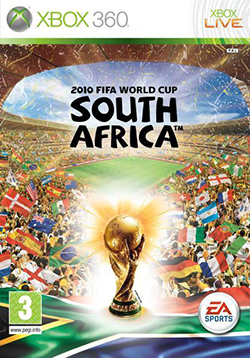 For me, 2010 FIFA World Cup South Africa is the best EA Sports football game ever made, and right up there at the top with the likes of Pro Evolution Soccer 4 and Sensible Soccer. The game came out at a great time for EA Sports, as disgruntled PES fans were looking for a new football game after giving up on the terrible PES 2008 and PES 2009 games. EA was slowly stealing the fan base, after FIFA 08 and 09 laid the foundation, FIFA 10 was a huge hit, and 2010 World Cup South Africa built on that success with a beautifully balanced football game. The penalty shootout system was revised, and it remains the system for modern FIFA games due to it's excellent reception. The true beauty of this football game was that for the first time, the emotion of the World Cup was accurately represented. Crowd shots of wild celebrations, and the unique way the camera zoomed in on goal celebrations gave the player an emotional link to the action. The online modes were fantastic, the Online World Cup was introduced and many hours were lost trying to bring the likes of Burundi, Papa New Guinea, and Andorra to World Cup glory. Offline multiplayer was also excellent (thanks largely to the penalty shootout system) and the qualification campaigns were epic, with every team who tried to qualify playable in game. 2010 FIFA World Cup South Africa, #1 in our list of the best official World Cup video games.