Ranking Ireland's Playoff Opponents In The Order We Want Them

Ireland's playoff opponents and the order we want them in... 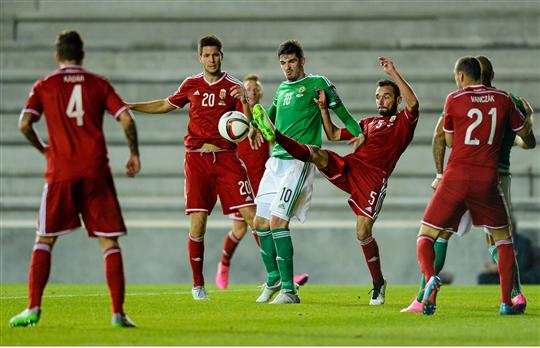 If there is a jackpot Estonia draw among the quartet, then this would be it. Hungary even managed to lose to Greece in their final group game, a hard feat to execute these days. From Northern Ireland, they extracted the princely tally of one point. Ireland should have little to fear from them.

They may also be demoralised at missing out on the automatic qualification spot on account of Turkey's late equaliser.

Ireland have a losing record against Hungary but our last defeat arrived in 1969. Hungary are very much the Cavan of international football, a side who were formidable half a century ago but have done little since.

Ireland's two victories came in 1989 and 1991. The latter was a 2-1 win in a friendly but the former was a World Cup qualifier in Lansdowne Road. Goals from Paul McGrath and Tony Cascarino gave Ireland victory. 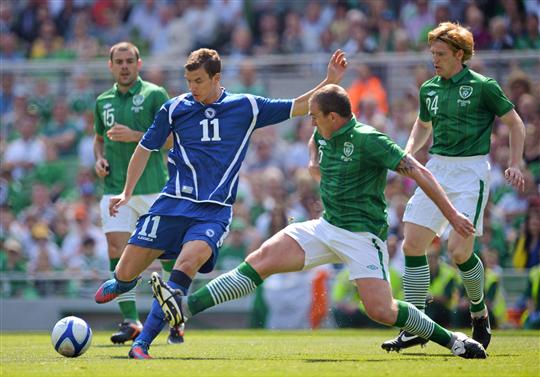 Bosnia have some impressive names in their line-up with Edin Dzeko relied upon for goals and Miralem Pjanic in the playmaker role.

They crawled into the playoffs thanks to a nervous 3-2 win over the Cypriots. At least it was better than their 2-1 home loss to the same opposition on the opening day. Their 2-0 win over Wales in the penultimate game was crucial.

On paper, they are superior to Ireland, but their form has been erratic.

Ireland and Bosnia have only met once, back in that giddy pre-Euro 2012 period when we were busily contemplating the vulnerability of the Italians and the thought of losing to Croatia hadn't even entered our heads.

On a sunny May day in the Aviva, Shane Long's header gave Ireland a 1-0 win. 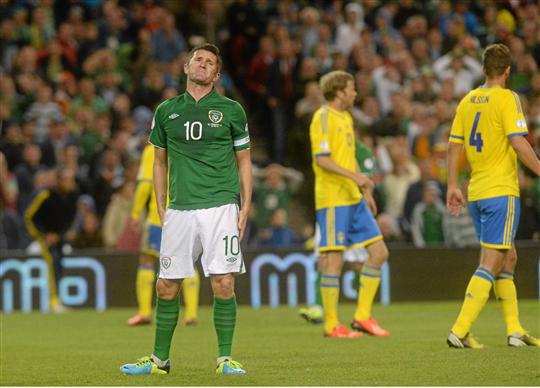 Sweden were slack in the group stages, but one imagines they should rouse themselves now they're in the playoffs. They turned it on when required in Dublin two years ago and ended Ireland's faint World Cup qualification hopes.

Ibrahimovic is heavily relied upon and the rest of their playing compliment is average.

They were the only team to take a point off the in-form Austrians, but were spanked 4-1 in Stockholm by the same opposition. They also suffered a 1-0 defeat in Moscow in the same month. Save for the 3-1 home win over the tricky Montenegro, they beat no one of consequence in the group.

In competitive fixtures, Ireland's record against the Swedes is miserable, with losses in the last World Cup campaign, the Euro 72 qualifiers, and two defeats in the 1950 World Cup qualifiers. By contrast, all our wins have come in friendlies. In 1959, Johnny Giles scored a screamer on his debut as Ireland came from behind to beat the World Cup finalists 3-2 in Dalymount.

By common consensus the least attractive opponent among the quartet. They were landed in Spain's group and took zero points off the top team. Slovakia finished three points above them in the second automatic slot.

They did reach the third place spot by virtual default as the three sides ranked below them (Belarus, Luxembourg and Macedonia) put up derisory challenges.

Boast neat players in the shape of Andriy Yarmolenko and Yevhen Konoplyanka.

Ireland and Ukraine have never met in a senior international football match - not in a World Cup qualifier, a European championship qualifier and they haven't even arranged a friendly with one another.

Read more: The Most Embarrassing Qualification Failures Ever Seen

Football
2 years ago
By Sean Meehan
Ireland Face An Away Play-Off Final In Belfast Or Bosnia To Qualify For EURO 2020
Football
5 years ago
By Gavan Casey
Watch: Hellacious Scenes As Edin Dzeko Gets Sent Off For Literally Jocking Opponent
Football
6 years ago
By Chris Kane
Bosnian Winger Loses Part Of Finger In Freak Gym Accident
Previous Next

Football
2 years ago
By Sean Meehan
Ireland Face An Away Play-Off Final In Belfast Or Bosnia To Qualify For EURO 2020
Football
5 years ago
By Gavan Casey
Watch: Hellacious Scenes As Edin Dzeko Gets Sent Off For Literally Jocking Opponent
Football
6 years ago
By Chris Kane
Bosnian Winger Loses Part Of Finger In Freak Gym Accident
Popular on Balls
Football
17 hours ago
By Colman Stanley
BBC Apologise After 'Manchester United Are Rubbish' Ticker Error
Football
1 day ago
By Gary Connaughton
Gary Neville Worried About Future Of Burnley After Relegation To Championship
GAA
2 days ago
By PJ Browne
Controversy In All-Ireland U20 Hurling Final Over Dubious Crucial Point
GAA
23 hours ago
By PJ Browne
How A Kerry Guard Ended Up Playing For The Tipperary Footballers