The Top 5 Premier League Teams Ranked By Their Transfer Business

Thank God that's over. No more rumours, no more Jim White, no more yellow.  At least until January.

But there was actually some important business done over the last couple of months. A total of 13 clubs have broken their transfer records in this window. If ever there was an advertisement for inflation in the beautiful game, that is it.

One of those clubs was Manchester United, who broke the world transfer record and dented Cristiano Ronaldo's ego when they re-signed Paul Pogba for £89.3m. But money isn't always king. In fact, the list is populated by a couple of teams who conducted their business on a budget that is comparably shoestring in comparison.

Here are the top 5 premier league teams ranked by their transfer business.

With Manchester City it will be hard to tell how well they've done for a few weeks as Ilkay Gundogan and Leroy Sane recover from injuries. On top of that, Gabriel Jesus won't join the club until after the Brazilian league ends in January. But as far as I can see, each deal was a good bit of business. Gundogan will offer that clean one touch passing that Pep demands in the centre of his teams and Sane and Jesus offer legitimate future stars to beak into the team and challenge the likes of Navas and Sterling who don't always do the business. Solid work.

Also, Nolito has looked sharp, scoring 3 goals already for his new club. As well as that, Pep Guardiola has managed to offload Joe Hart and bring in Claudio Bravo. Identifying a weak link and replacing it with player who fits into his playing style. Also, John Stones was bought at an extortionate price but thus far looks like he will do exactly what Pep wants, play out from the back and build attacks from the keeper through the defence.

City's position in this list is warranted by virtue of the fact that Pep has signed players who will fit into the distinct mould he has crafted during his time in Barcelona and Munich. On top of that, it seems to be working. Finally ditching dead-weight Nasri definitely contributed to a successful time in the window. Fairly nifty business I would say.

"@JackWilshere could be the missing piece of the #afcb jigsaw."

Let's get this one out there first: signing Jack Wilshere on a season long loan is a phenomenal coup for Bournemouth. If they can keep the 24-year-old fit then he could genuinely become an important player for them as the season progresses. The issue is the first half of that sentence. Firstly find out what he was doing at Arsenal and do the exact opposite of that.

On top of that, it seems that Eddie Howe is building a very exciting young team with the introduction of club record signing Jordan Ibe and highly rated 19-year old Lewis Cook from Leeds.

I remember Aston Villa doing this under Paul Lambert. It's all well and good having a young exciting team but if you can't keep your head above the relegation zone it can all go sour very quickly. After all, you can't win anything with kids.

Middlesbrough get the third spot on this list by virtue of the fact that they are Middlesbrough and were in the Championship just a few months ago. Their most recent transfer business saw winger Albert Adomah leave for Aston Villa in what was a loss for Middlesbrough, but a win for the world as we watched bizarre chairman Dr. Tony Xia confirm the deal only for Boro to categorically deny it. Anyway he left and it represents the only bit of business Boro could say was not good.

Now for the reason for their inclusion in this list. Marten de Roon was brought in from Atalanta for £12m. Now while the 25 year old is hardly a prolific midfielder, scoring just one league goal last season for Atalanta but £12m wouldn't buy you half of Luke Chadwick's face in the current market so... good deal?

Anyway, Middlesbrough need not worry about goals as they've somehow managed to sign Alvaro Negredo. Presumably they've used some kind of blood magic because that's a very, very good signing.  It's almost like people have forgotten how Negredo endeared himself to the Man City fans by banging them in on a regular basis.

They also signed Victor Valdes, Brad Guzan and Gaston Ramirez on free transfers because why not have two very good goalkeepers and one distinctly average Uruguayan. They've also managed to sign Viktor Fischer who if Football Manager is anything to go by (which it is) will be an amazing football player. On top of that Calum Chambers has come in on loan to add Premier League experience and versatility. That's a side that has come into the Premier League and will be quietly confident of a decent league position after some very impressive additions. 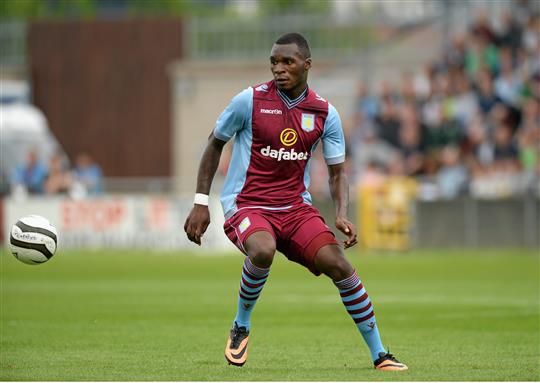 Crystal Palace have done some good business in this window even if they did lose Jack Wilshere to Bournemouth in the end. They managed to snap up Andros Townsend by activating his £13m relegation clause and signed solid goalkeeper Steve Mandanda on a free transfer. They also solidified their defence with a £10m deal for and James Tompkins.

Loic Remy was loaned in and given access to Chelsea's 'Loanee Whatsapp group' but their marquee signing came in the form of Christian Benteke for £27m. Now many will say, "Oh but he was shite at Liverpool." While he was a shadow of his Villa form at Liverpool, the Belgian was played in a system that didn't suit his style of play. Palace will play wide and whip balls into him until the cows come home. When he scores 18 goals this season, £27m will look like a steal.

They even managed to move on the dead weight that was Emmanuel Adebayor and Marouane Chamakh and made a combined £35m on the sales of Yannick Bolasie and Dwight Gayle. That's a successful transfer window as far as I'm concerned.

It's difficult to look past Manchester United for the top spot on this list. United completed what was the most drawn out transfer saga in recent memory when they resigned Paul Pogba for £89m. Yes they paid an extortionate price but signing Paul Pogba is a commercial wet dream for United in terms of shirt dales alone. Also, he adds a centre piece to the spine of a wholly new and improved United side.

At the top of that spine is Zlatan Ibrahimovic. The Swede has managed to score 3 goals in 3 league games and was signed on a free transfer. Not the worst deal in the world handing over nowt for one of the best strikers in the world.

Add in a defender who has looked extremely impressive in Eric Bailly and you've got an hugely successful transfer window. The spine of that Manchester United squad has been improved from top to bottom and the results are already showing that although they spent a veritable shed-load of money, it was worth it.

Oh, Henrikh Mkhitaryan has looked very impressive too. They only paid £26 million for him too. In the current market that's a bargain considering £25m gets you one Yannick Bolasie.

They even managed to send out promising players like Janzuaj, Powell and Varela on loan where they will actually get game time and offload Paddy McNair and Donald Love for a combined £6m.