Here at Balls, there are few things we enjoy more than a cracking football kit. While most spend the summer months speculating on potential transfers, we are often more concerned about what jerseys the players will be wearing when they switch clubs.

With the start of next season set to be delayed due to the break in the current campaign, official announcements about kits for the 20/21 season were also pushed back in many cases.

Many of them have now been released, while there have also been a lot of reliable leaks regarding the clubs who have yet to make official announcements.

We have looked at all the ones that have been leaked so far and ranked them. It's not a great year for English clubs but there are some smashing efforts on the continent.

We take all kits into account here, but are really ranking them based on the best one for any given team.

We don't know where to start. That away kit is the worst kit we have seen ahead of the 20/21 season, with the marble design really not working at all.

The home kit isn't much better and both are certainly a far cry from the cracking Adidas kits Arsenal have this season.

New @mancity x @pumafootball Home Kit. From the City, by the City, for the City. pic.twitter.com/3Nzer9Il9N

That home kit looks like it was left out in the sun too long. We've never seen anything quite like it, and not in a good way.

The away kit (third from the left) is a bit nicer, the crest especially, but it still has a bit too much going on. The less said about that white one the better.

😞 Here's the worst leak I've seen so far. The possible Spurs 20/21 home. I should commend it for being 'designed', all be it still on a partial template. However I just don't like the design.

What do you think, and also about these leaks so early on?

A very plain effort, with only the jagged design down the side adding any sort of personality.

There's not much else to say about it.

There's not much you can do with the Milan kit, with the red and black stripes a staple every season. Still, we're not massive fans of the odd faded designs on this one.

The real question is whether we will see Jeff Hendrick sporting this one next season... 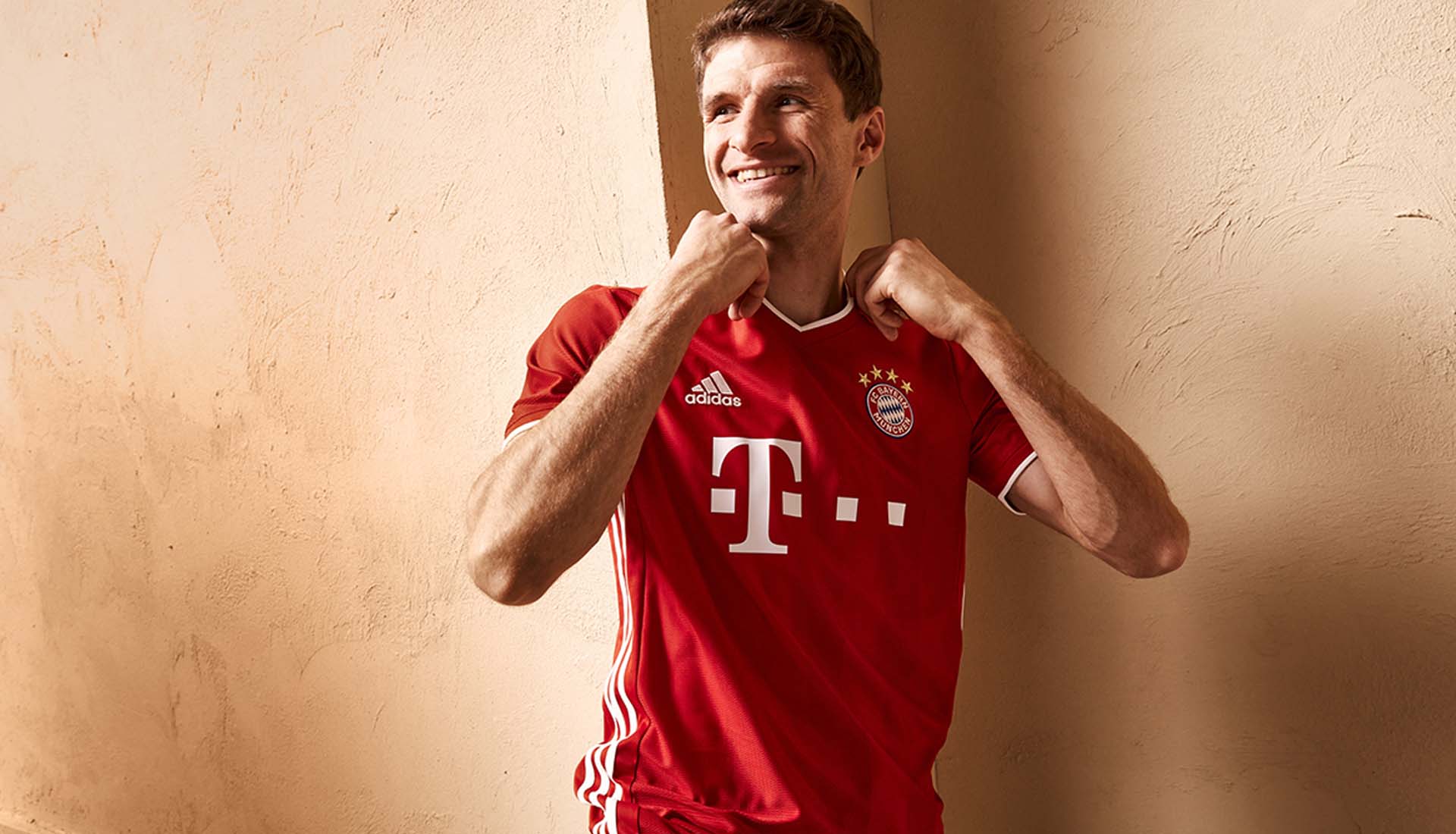 Another plain effort, Bayern Munich's jerseys can vary quite a bit from season to season.

This is on the more boring side and not as nice as their kits from the last couple of years.

Chelsea have officially confirmed the leaks from last night as they launch their official 20/21 away kit! pic.twitter.com/yWLKUtlUxI

That third kit is a bit of an abomination, but the home and away ones are clean efforts.

Nothing special, but solid.

Juve have had some brilliant kits in recent seasons, but this one doesn't quite hit those heights.

The gold fits well, but we're not sure about the uneven design of the stripes.

Real Madrid 20-21 home kit have been leaked. And it shows the tiger print on the sleeve cuffs are no longer exists [via Footy Headlines] pic.twitter.com/K3uGltTtC6

There's not a whole lot you can do with the Real Madrid home kit, but this is a bit plain even considering that.

It's a nice effort, although it would have been even better if it had the trademark Adidas stripes on the sleeves.

This one had the potential to place a lot higher, but it drops down due to the size of the sponsor. It is absolutely massive, taking up far too much of the front of the jersey.

🏆 Not for second best.@adidasfootball x #CelticFC 🍀

Next season will be Celtic's first with Adidas as their kit supplier, and the German company have produced a very strong effort for their debut.

It's certainly a major upgrade from the New Balance years. 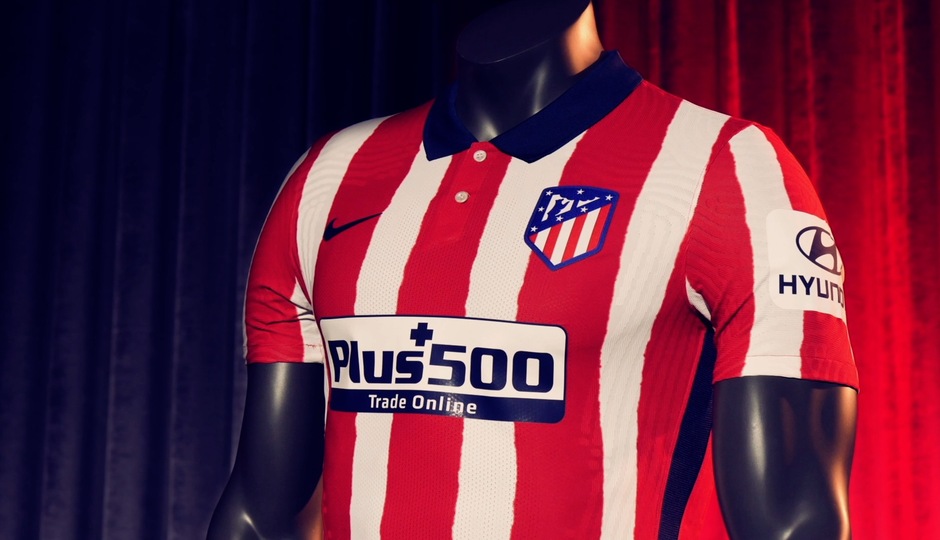 We're a big fan of the collar on this kit, but the weird stripes do knock it down a spot or two.

It had the potential to rank higher, but is a strong effort all the same.

The early leaked photos of this kit made it a bit crap, but the more recent ones do it justice.

We are a fan of the black and yellow dashes in the background, and it reminds us of a design which has been used in GAA jerseys and training tops in recent years.

A simple effort for Nike's Liverpool debut, but we are a fan of using a bit of green in the design. It is an underutilised colour in Liverpool kits. Plain can be nice when it is done right, as is the case here.

The away kit is a bit more difficult to judge.

This is one is mad, but we're big fans.

Dortmund are another club that can have vastly different kits season to season, but this is one of their better designs in recent years. We can't wait to see Erling Haaland score 200 goals in it next season.

This is definitely something a bit different. Roma kits can vary quite a bit from season to season, but this is unique.

The three stripes across the chest offer a lovely looking transition between the other two shades on the jersey, with the crest also fitting in nicely with the coloured background.

What do you think? pic.twitter.com/F9v4HHZp2X

Outrageous. The home kit is a simple effort, with the a nice shade of blue to compliment the mostly white jersey.

The away one is unbelievable. The background is a nod to the skyline of the city of Marseille and it works an absolute treat. 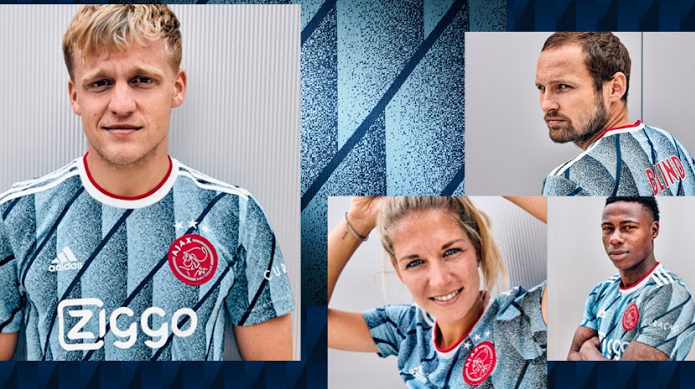 A belter. The home kit is a classic Ajax design, with the away jersey amongst the best kits we have seen in recent years.

The Dutch club have had some lovely away efforts over the past few season, but this trumps all of them.

Barcelona have messed around with their home kit over the past few seasons, but this clean cut vertical stripe effort is an instant classic.

The vibrant yellow collar is eye-catching, while the subtle yellow pinstripes in between each of the vertical stripes is a brilliant touch.

Inter 20-21 Home, Away & Third Kits Leaked@rupertalbe has created two pictures of Lautaro Martínez wearing the new Inter 20-21 home and third
What do you think of the new Inter home, away and third shirts? pic.twitter.com/YmUgBIuEBs

Look, the home kit is decent. A bit different from their usual vertical stripes, we like it.

But that third kit. Outrageous. It is a modern version of the kit their wore in the 1998 UEFA Cup final, the game that saw Ronaldo score in a 3-0 win over Lazio and it's an absolute beauty.

It's the best kit we have seen so far.

Football
1 month ago
By Gary Connaughton
Quiz: Can You Name The All-Time Top Goalscorers For These 25 Clubs?
2

Football
1 month ago
By Gary Connaughton
Free Agent XI: A Team Of Players Available On A Bosman This Summer
Previous Next