In a rant of Sam Allardyce proportions, Jack Charlton once said of his managerial reputation:

People have got this idea that I don't know about football, all I know about is motivation, humping the balls up, chasing f*****g this. A load of crap. I am the only staff coach that Elland Road has ever produced apart from Freddie Goodwin ...

I am capable of producing change and I am capable of playing a different design and playing a different pattern and looking at me players and saying 'Where will I get the best out of them?' That's because I've been a student of the game for years, Long before Gilesy and Billy and Eddie Gray and Clarkie and all the rest of them. They never did f**k all what I've done. So I feel that I've worked at the business to have the right to produce something different the f*****g works.

People are forever asking how players who played under Alex Ferguson are progressing in management. But what of the coaches that emerged from under Jack Charlton's shadow?

The omission of Stan from the top 10 caused a great deal of heartache. An acquaintance of mine once tenaciously argued that Steve Staunton did a better job than his predecessor Brian Kerr on the grounds that Kerr took Ireland to fourth place in their qualifying group for Germany 2006 while Staunton led Ireland to third in his campaign, an argument which ignores the peculiarly tight nature of Ireland's 2006 qualifying group and the fact that Stan's Ireland were a million miles away from finishing second in 2008.

We go for Aldridge on the basis of his longevity in the Tranmere job and the fact that they mustered a few spirited Cup runs in his time there. 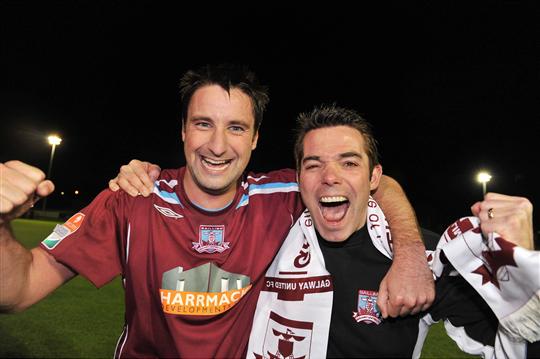 A Premier League winner as a player and latterly a manager in the League of Ireland. In 2008-09, Kenna allowed himself to be appointed player-manager at the financially strapped Galway United.

Kenna won significant plaudits in keeping the side in the Premier League after a stunning finish to the season.

St. Pat's decided to take a punt on him. He was appointed manager for the 2009 season. Having finished as very distant runners-up in 2008, Pat's slumped to seventh spot in 2009. Kenna resigned in September 2009. 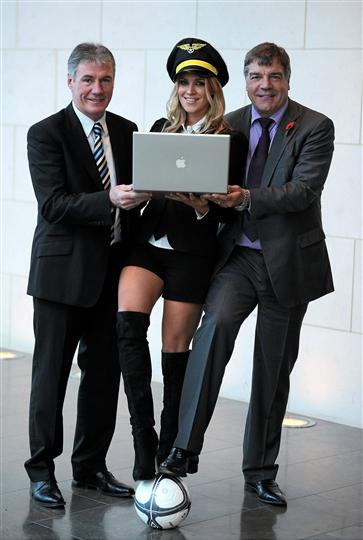 A perennial applicant for the Ireland job until well into the 21st century, Stapleton became Bradford City player-manager in the early 1990s, as his playing career was petering out.

In three seasons in Bradford, Stapleton left the club roughly where he found it, treading water in mid-table in the third tier of English football. It didn't satisfy ambitious new chairman Geoffrey Richmond who arrived in early 1994 and sacked Stapleton that summer.

In 1996, he headed for Boston to manage New England Revolution. He spent one season there where his win-loss ratio was approximately 50:50.

During that benighted time in the early 1990s, an increasingly desperate Celtic turned to the recently retired Liam Brady to lead them back to summit in Scotland.

Badly strapped for cash, Celtic were retching and gasping in their struggle to keep pace with their financially turbo-charged rivals on the other side of the city.

Celtic finished third in the table twice in Brady's two years there. In the context of that dark time, this was far from shameful. In the 1989-90 season, they finished fifth and the season after the fourth. Still, it wasn't enough and Brady departed, being adjudged a failure.

He took the Brighton job that summer where, despite the more modest stage, he endured much the same problems. He spent two years there. Their form was flat and Brady was once more hampered by financial problems. Neither team worsened notably under his charge but nor did they excel.

John Sheridan has recently been appointed manager of Oldham for the 7000th time. He did a reasonable job in his previous spell in the mid-2000s, leading the team to 6th place in League 2.

He led Chesterfield to the League 2 title in 2011-12 but was allowed no honeymoon in League 1, being promptly sacked after a slow-ish start. He took Plymouth Argyle to the playoffs in the 2014-15 season, though they failed to achieve promotion.

Roy Keane's managerial record is nothing special. He guided a well-resourced Sunderland to the Championship in his first season and secured their Premier League status the following year, though not with enough ease to satisfy his critics.

The following season, with Sunderland showing no sign of improvement and new investor Ellis Short making unfriendly noises, Keane upped and left. At the time of his departure, they had just drifted into the relegation zone but safety could hardly have been said to be out of reach. They were in 18th spot.

Shortly afterwards, he took over at Ipswich Town. His two-year spell was devoid of any conspicuous highs and he left the club in a moderately worse position than that which he found it. They failed to properly challenge for promotion during his reign.

Flying in the face of long-standing precedent, many assumed that because he was a great player, he simply had to have the tools for management.

Once it became apparent he was far from a managerial genius, public opinion shifted wildly in the other direction and decided he was clearly useless and only a chairman who wasn't of sound mind could give him a job in English football.

Keane appears miffed by his current standing in the managerial game. As he wrote in last year's autobiography, 'They say the Championship is the toughest league in the world to win and I won it as a manager. I have to say that. No one else does'. 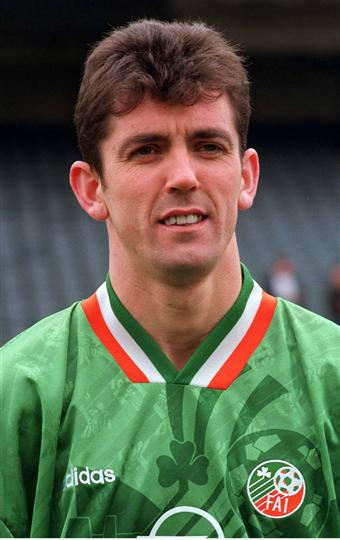 In addition to leading to Burnley to the Premier League, relegating Bolton to the Championship, and then facilitating Wigan's slide into even greater mediocrity post relegation, Coyle earned one cap for Ireland in a pre-World Cup friendly against Holland in Tillburg.

He came on very late in the game for the only goalscorer Tommy Coyne.

A past-player with a great managerial career behind him, it feels like a century since O'Leary was heralded as the bright young thing of English club management.

He was last seen out in Dubai, that lucrative safe haven for failed western football managers, the kind of terrain where you're likely to bump into Steve Kean and John Toshack on the touchline.

Still, it can't be denied that they lived the dream at Leeds United back in the early days of this century. A semi-final of the Champions League. No other Irish manager has reached such heights. 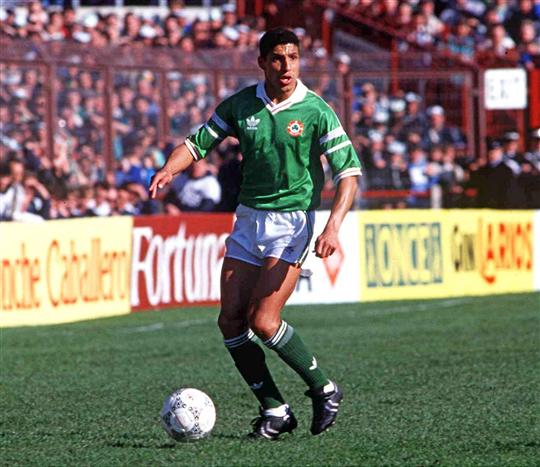 Grudgingly appointed manager of Newcastle after impressing during a caretaker spell, Hughton did a highly respectable job over the course of a year and a half. His sacking in December 2010 by the charmless overlords at St. James's Park was greeted with dismay by both players and supporters.

He subsequently managed Norwich, who he led to a strong mid-table finish in his first season, before failing to keep them in his second year.

However, his Brighton team, who were in stunning form prior to December, have now failed to win in eight games and have slipped to sixth place.

He may not have had much of a first touch. He may not have impressed Brian Clough very much. He may, in a show of troubling insecurity, have challenged a journalist to a 100m sprint. His greatest feature as a footballer may have been his long throw.

But Mick McCarthy has emerged as possibly the best manager from the Charlton era. Aside from leading Ireland to the 2002 World Cup, he has won promotion with Sunderland and Wolves.

He has also lifted Ipswich after their post Roy Keane gloom. All the while creating a refuge for struggling Irish players.