Football Manager fans would have told you a decade or so ago that a player of Andrea Ranocchia's ilk was destined to star in the Premier League, though almost none of them would have predicted that when he did grace the arrival gates, it would be at Humberside Airport, half an hour up the road from Hull.

The big Italian centre back was once one of his nation's most coveted prospects, but was deemed dispensable by Inter on the 31st of January last, joining Marco Silva's Tigers on loan in a significant if not groundbreaking fall from grace for the former Nerazzuri captain.

He's performed more than adequately in his new league, fast becoming a fan favourite at whatever Hull's stadium is called at the moment. Now 29 - the KCOMM Stadium, that's the one - Ranocchia is back in fringe contention for an international recall, but life in Kingston upon Hull, according to the man himself, leaves a lot to be desired when compared to the world's fashion capital back home.

Ranocchia didn't have too many unusual gripes, but the way he explained them to gianlucadimarzio.com was extremely succinct and entertaining, painting the picture of a man who doesn't have a notion what he's doing beneath the pissing wet of a city which is most famous for sporting cream, and not the traditional red, telephone boxes (if you're from Hull and reading this, please note that I am joking, and accept my hearty congratulations on being named UK City of Culture for 2017).

The first day I arrived in the locker room, they forced me to stand on a chair and sing a song. I had no idea what to sing, so I started with the Italian national anthem!

I do struggle with the language and driving on the wrong side of the road was a problem – on the first day alone I went into the wrong way down two crossings. I've already scraped the rims on my car wheels on the pavements.

I've been here for a month and a half, but I am yet to see the sun. It rains practically every day. I really miss pasta, too.

It is fun, although there are hardly any tactics at work here. It's mainly instinct and physical strength. The players are so strong and fast, but I am settling in well, mainly because the Italian tactical school is the best in the world, so I'm prepared for anything.

In the interest of balance, here's a panoramic comparison between the cities of Kingston upon Hull and Milan. Hull, in case you're wondering, is on the bottom. 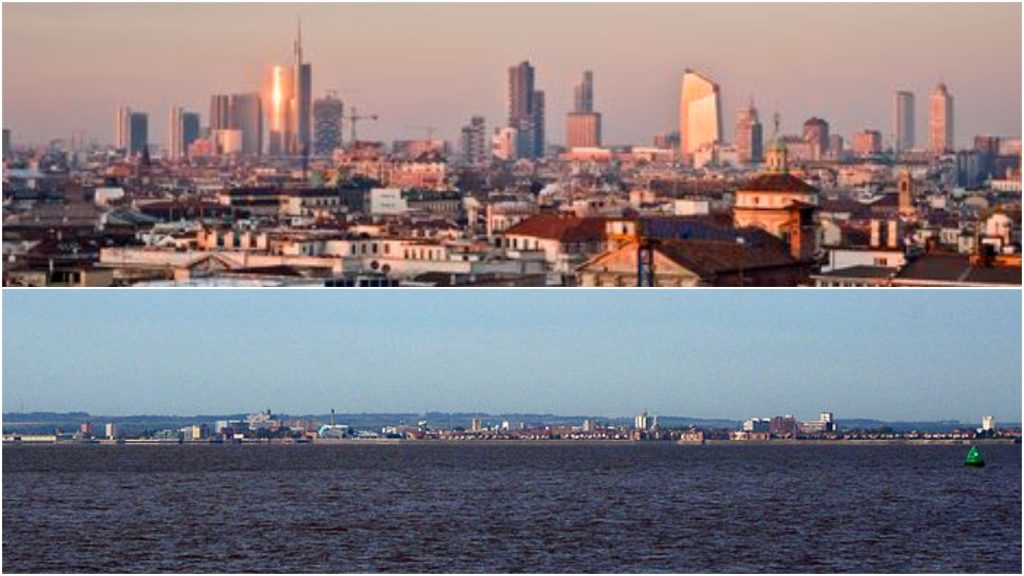 Of course, they'll be hoping Ranocchia can help keep them off the bottom of the Premier League. Hoho!

Seriously, though, Hull is fine. Can't stress that enough.