Raul Jimenez made a welcome return to Premier League action on Saturday, nine months after a horrific head injury that he says doctors feared he might not survive.

The Mexican, who plays up front for Wolves, spoke to the Guardian this week and revealed the harrowing details of his injury and the treatment for it.

"It's a miracle to be here" - Raul Jimenez on head injury

Raul Jimenez went down in last November's game between Wolves and Arsenal at the Emirates after a clash of heads with Arsenal defender David Luiz. A lengthy stoppage was required to get Jimenez off the pitch, and he was fed oxygen en route to a London hospital.

I waited almost 9 months for this moment, waited to compete again and I'm back. Not the result we wanted but this is gonna help us to grow as a team pic.twitter.com/DHAGmaHR2g

Speaking to the Guardian this week, Jimenez revealed he had no memory of the incident or the game, and that the doctors had feared for his life when he arrived at the hospital.

The skull fracture, the bone broke and there was a little bit of bleeding inside the brain. It was pushing my brain to the inside and that is why the surgery had to be quick. It was a really good job by the doctors.

Since the first moment [the doctors] told me the risks, because they are doctors they have to tell you the truth and you have to take it. The skull fracture did take a little longer than we all expected to heal but it is a miracle to be here.

They told me it was like a miracle to be there.

The harrowing tale has had a happy ending, with Jimenez playing the full 90 minutes of Saturday's game against Leicester. He scored in a pre-season friendly at Stoke, in an emotional return to the field.

🇲🇽 Raul Jimenez back scoring
🗣 Fans back in stadiums

The recovery of Raul Jimenez is a feel-good story if ever we heard one, and we spoke to Kevin Doyle on The Buildup this morning about his return to football.

When we asked whether this sets the right precedent for handling head injuries in future, former Wolves striker Doyle said that Jimenez's decision to play with a protective headband was the right choice.

His injury was horrific. It was another Petr Cech incident, you saw that for a long time after that him with his head gear. You wouldn't blame him for wearing it, Jimenez.

The positives out of it - he got so well looked after and it worked out well and he's back playing. That's the positive from it. It didn't seem like anything was rushed. It's taken him this long to come back, I'd imagine it'll take him a while to get up to speed.

Wearing the headgear didn't do Petr Cech any harm. You wouldn't blame him for looking after his health and taking every precaution to ensure you're well able for it.

It's great to see Raul Jimenez back in action once again, and hopefully his recovery continues full speed.

SEE ALSO: Millwall Manager Refuses To Condemn Fans Who Once Again Booed The Taking Of The Knee 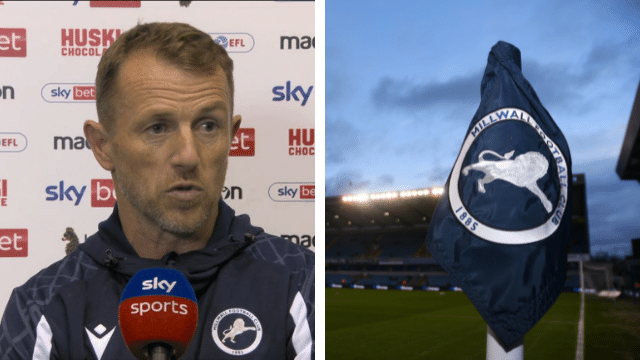