This picture of Raul Meireles following Pepe's red card during the Germany and Portugal game has been flying around on Twitter.

Supposedly, it was Pepe giving the ref the double middle finger.

Actually if you look closely, Meireles was using his index fingers. 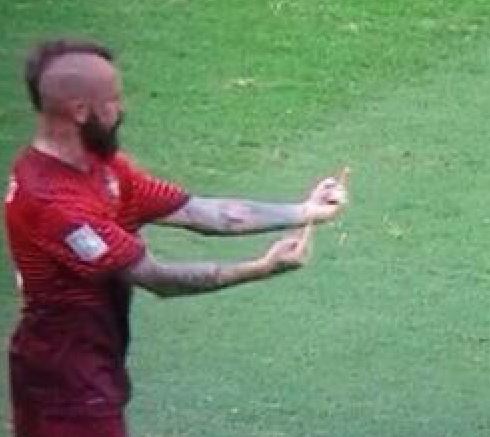 He was probably gesturing to teammates to get ready to form a defensive wall.