Real Madrid. They probably should have gone out in the last 16. And, somehow, on Wednesday night, they forced extra time out of nowhere in the semi-final second leg against Manchester City at the Bernabeu, and then went on to win the tie on aggregate.

They were completely outplayed for most of Wednesday's second leg against Manchester City. Other than a short period at the start of the second half, Real Madrid were on the back foot for most of the game and entered the final minute 1-0 down, and 5-3 down on aggregate.

Incredibly, substitute Rodrygo would score with Real's second and third shots on target of the entire game, to force extra time and leave Pep Guardiola and City shell shocked. Karim Benzema would go on to continue his ludicrous run of form and win the tie for the Madridistas, and the footballing world was in complete shock.

When Riyad Mahrez scored to put City 1-0 up in Madrid on Wednesday night, it seemed as though we were destined for the third all-English final in four years.

Real Madrid, however, had other ideas.

The recently crowned Spanish champions decided to move up a gear in the final minute of play, as substitute Rodrygo scored to give Madrid a lifeline. Incredibly, just one minute later, he would score a second and force extra-time, tying the game 5-5 on aggregate in the first minute of extra time.

The quick-fire nature of the comeback was not over yet. Just five minutes into extra time, Real won a penalty after a foul on Karim Benzema. Just as he did in the first leg, Benzema converted from the spot to send Real to Paris on May 28.

Who else, Karim Benzema 🎯 pic.twitter.com/kEsKed8AfV

The comeback left Manchester City shell shocked, as three goals in just over ten minutes of game time turned the tie on its head and knocked Pep Guardiola's side out of the last four.

The football community on Twitter was similarly shell shocked.

ancelotti just did this and real madrid made 3 comebacks 😭😭 pic.twitter.com/ITpLdNIYqs

Everyone: “Game over. Man City vs Liverpool in the final.”

We should've known Real Madrid had that up their sleeves. They always find a way. #RMAMCI pic.twitter.com/LW67CsocBj

Rodrygo coming on in the 68th minute: pic.twitter.com/qjWiI2M39f

Real Madrid will now face Liverpool in the Champions League final in Paris on May 28. 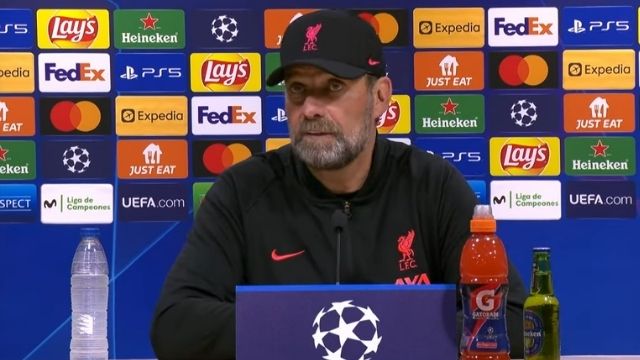