Real Madrid have just released a video which gives fans a look at what a refurbished Santiago Bernabeu. President Florentino Perez explained at a recent members assembly that the club will now seek to start work on the redevelopment of their home at the start of 2019, stating that the process will take three and a half years to complete.

The cost of the project will be 525 million euros, with Perez claiming that it will generate 150 million euros per season, whilst also listing out the new features of the development:

The new stadium will also bring us in 150 million euros per season.

It will be more modern, more secure. There are two objectives: improving comfort and accessibility for our fans and secondly, to obtain more income. All locations will have new seats, new services, two new towers in Castellana will allow for better exiting, better access and the movement of fans will be more fluid.

Technological advances and audiovisual media will be present throughout the stadium as well as a new screen. There will be 800 new locations for people with different disabilities and two new club stores, one in Castellana and the other in Padre Damian.

Here is a sneak peek at a slinky-like/futuristic Santiago Bernabeu:

The new development will also contain hotel rooms with views of the pitch, as well as a retractable roof: 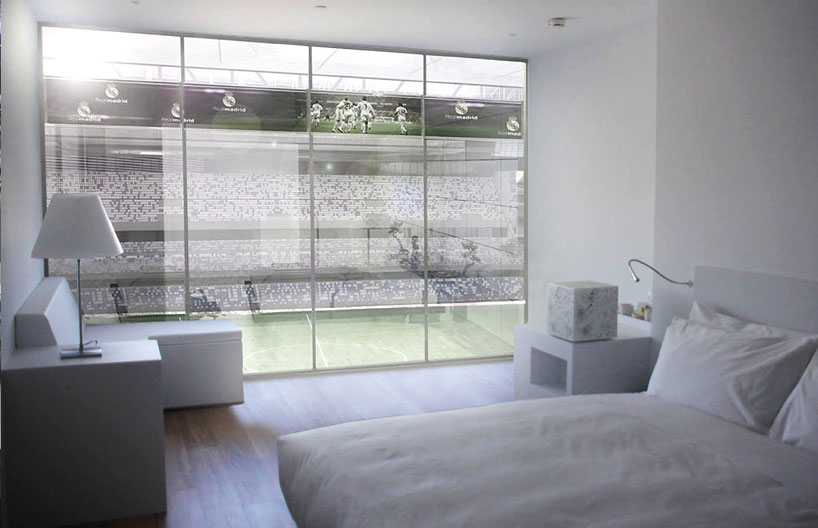 Perez also explained that due to low interest rates that now is an ideal time to invest in the club.