Prepare for a trip down memory lane as we reminisce about a staple of football culture, the game of Subbuteo.

It was a simple game. You had 11 players a side and two goals along with a tiny football, and you took turns trying to flick the player into the ball to score a goal, but yet it captured the hearts and minds of football fans for decades.

Here are just some of the reasons why we still remember Subbuteo so fondly.

Ironing the playing surface so it was like the fecking Emirates. 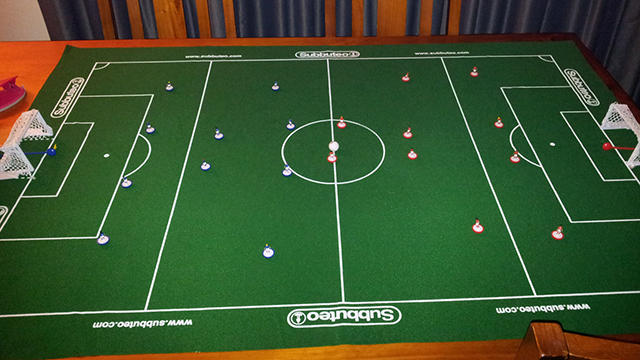 There was nothing worse than dusting off the box all excited for a game of Subbuteo and then seeing the crumpled mess of a pitch that you didn't fold away properly the last time. "Mum, where's the ironing board?"

Buying additional teams, such as Holland 88. 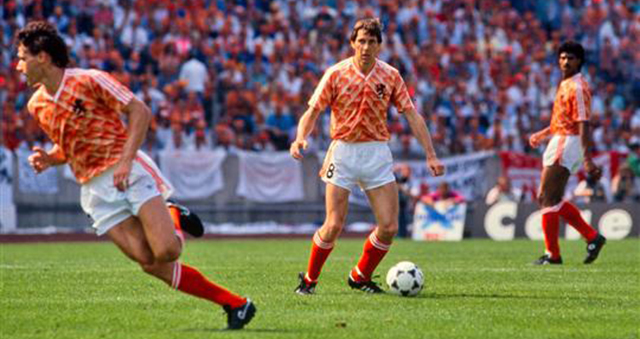 Most of the time you just pretended the figures you were using were real players, but you could buy proper teams that looked like their real life counterparts, and they were awesome.

The mini footballs that were incredibly detailed and very satisfying to hold.

The orange Tango in particular was perfection. These were also ridiculously fun to just use your fingers to flick into the goal.

The ability to collect so much extra crap that you ended up with an entire stadium. 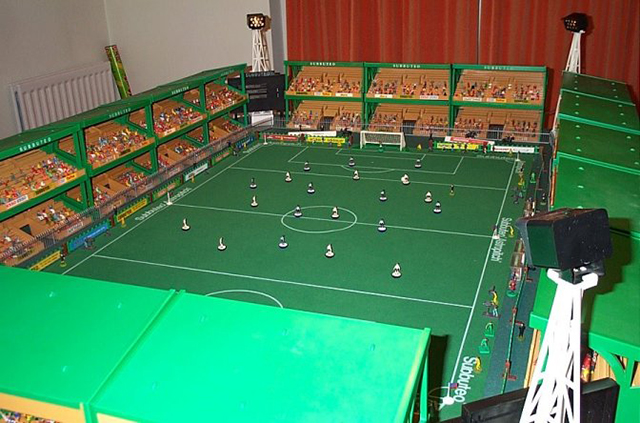 The design of the box. 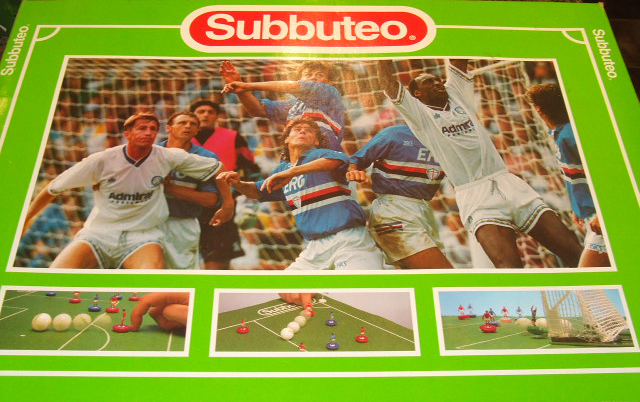 And this box in particular. Why they chose Leeds vs Sampdoria we will never know, but it's iconic nonetheless. 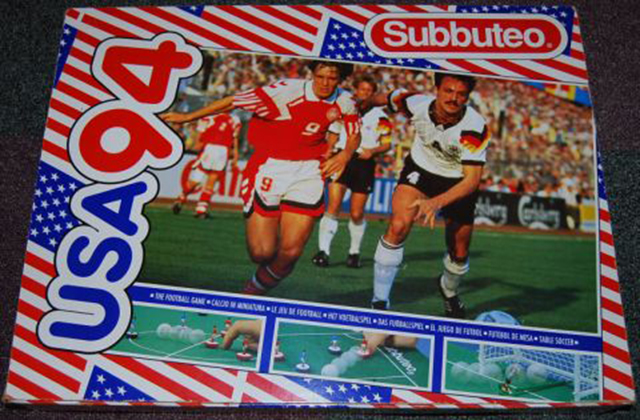 Valuable collectors items now, provided you didn't squash all the players and lose the nets for the goals, which you definitely did.

Gluing goalkeepers back onto their sticks after they broke off. 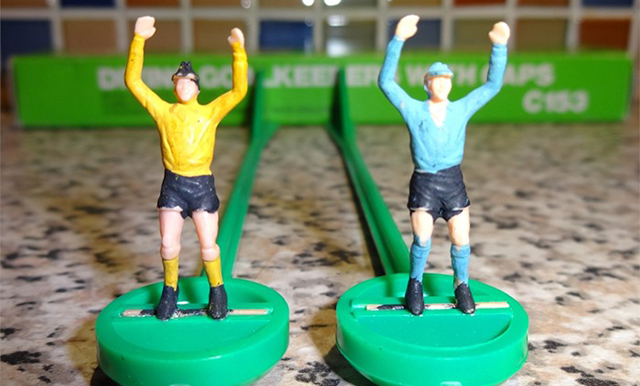 And outfield players too. 100% of Subbuteo player injuries were caused off the pitch by giants stepping on them. Those feckers hurt too. 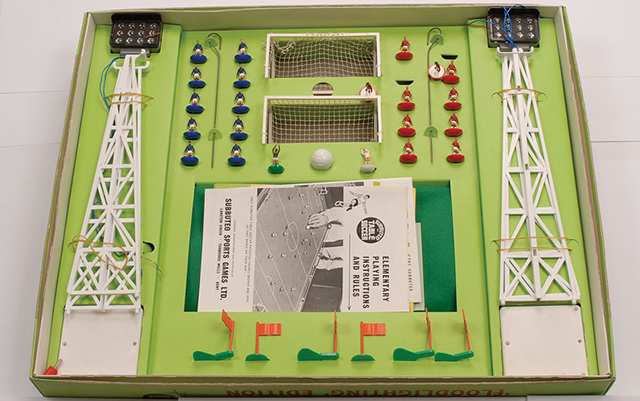 The most brilliantly unnecessary accessory, these actually hampered the ability to play the game, but jaysus you may as well have been at the San Siro.

Changing the scoreboard to anything you wanted. 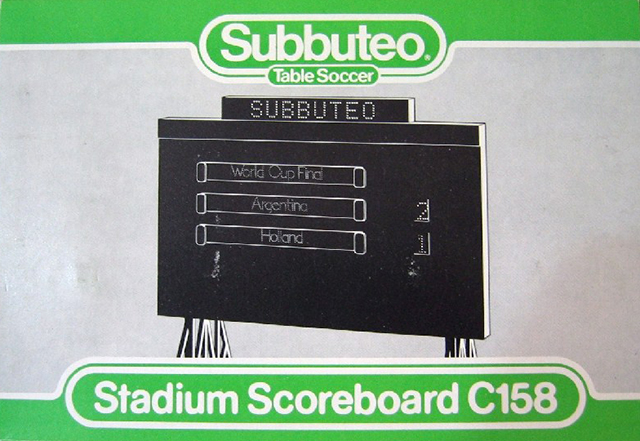 So many options, so much fun. Interchangeable teams, events, and scores.

The astro pitch that came in a tube. 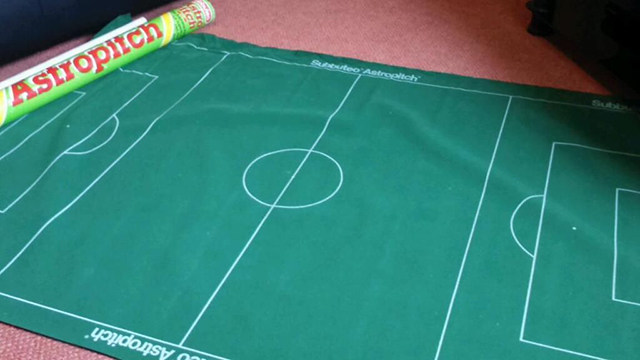 Moving with the times. Also eliminated the pesky folds in the pitch. 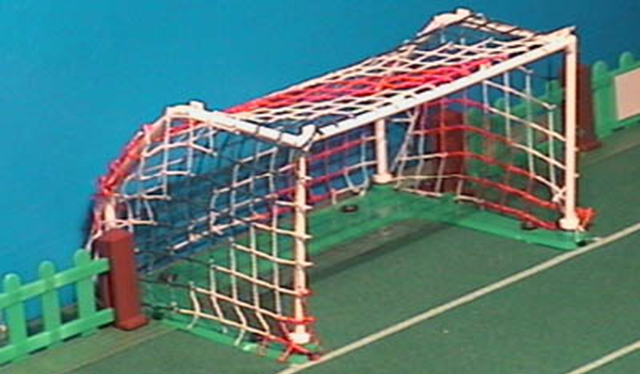 Simply iconic. This was Subbuteo at it's best in terms of attention to detail.

Generic teams could be an endless amount of top club sides/countries. 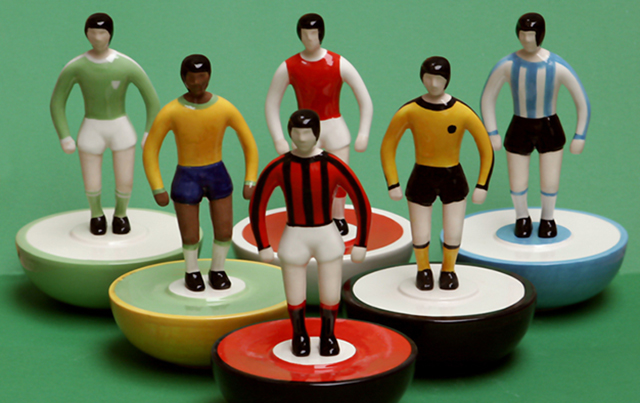 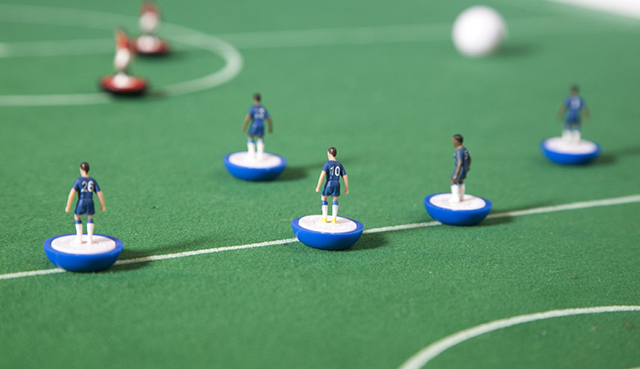 Penalties, and set peices in general. 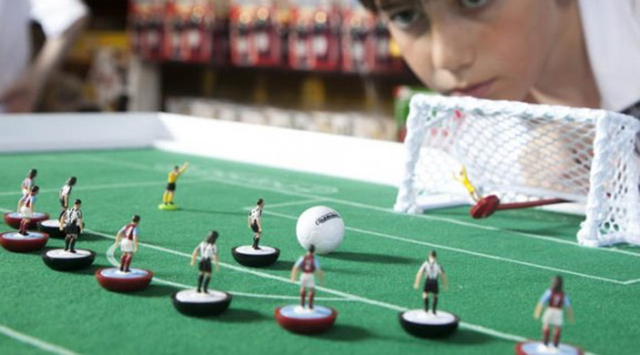 Taking careful time to plan every player who went up for a corner while also trying to mitigate the counter attack, and then you flick it out for a throw in. Also penalties were intense, and very fun.

Little trophies that made the matches far more important. 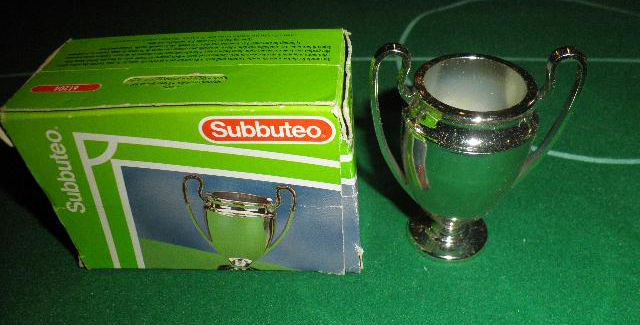 You could even give them an open top bus tour if you had a decent model car collection.

Becoming a master of the controlled flick. 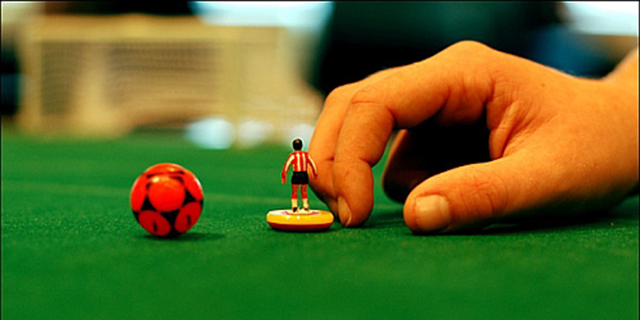 The fact that the game was loved by players of all ages.

You could play with your Dad, your Grandad, your mate, even your annoying little sister. Subbuteo was simple and enjoyable for all ages.

And we absolutely loved it.

Football
1 month ago
By Donny Mahoney
After The Fall Of John Delaney: An Interview With Mark Tighe
Previous Next

Football
1 week ago
By Balls Team
11 Of The Most Memorable On-Pitch Conversations In Sporting History
Other Sports
3 weeks ago
By Balls Team
12 Of The Most Cringeworthy Moments In Sporting History
Football
1 month ago
By Donny Mahoney
After The Fall Of John Delaney: An Interview With Mark Tighe
Popular on Balls
The Rewind
14 hours ago
By Gary Connaughton
Quiz: How Well Do You Remember The 'Friends' Roommate Quiz?
3