All This Year's World Cup Jerseys Redesigned For Our Unforgiving Judgement

Graphic desinger Rojito has taken to Reddit to showcase his fantasy redesigns of the 2014 World Cup jerseys - most of which have been released by now.

You can make your own mind up about them, but as resident jersey judge here at Balls, I think most of them are shocking  - I know it's only a bit of messing around but a lot of them bear no relation to the famous combinations known the world over, while others are spoiled by woefully unnecessary patterns and misplaced badges.  In most cases it comes across as if yer man has never actually seen international football and is just throwing designs together based on the country's flag and emblems.

In fairness, though, a couple of them are pretty decent and actually improve upon the existing real-life jerseys. View them all here.

Blue and gold hoops are a relevant and massive improvement on the Zmajevi's usual thoughtless all blue or all white. 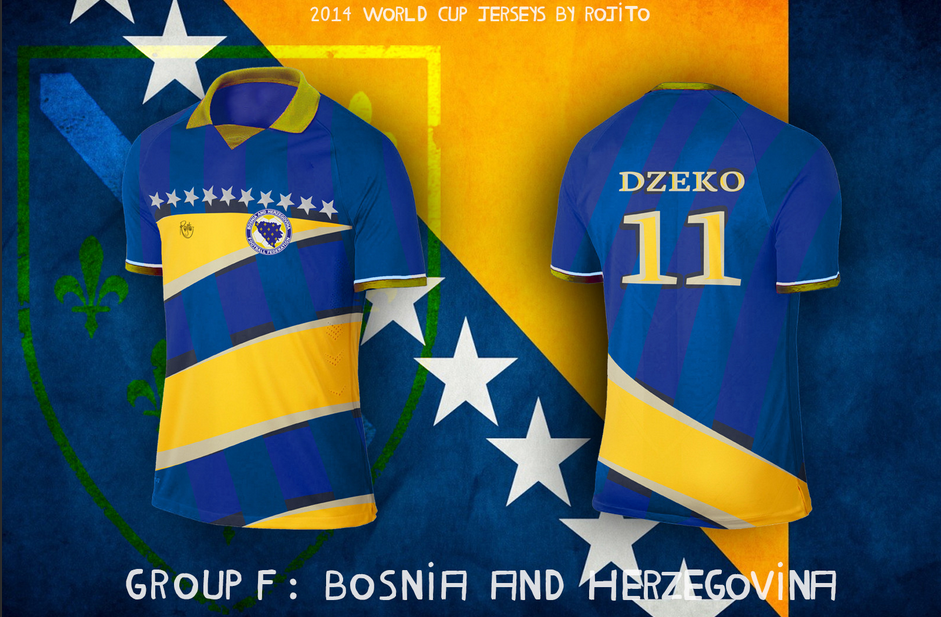 I don't really understand why the Black Stars play in all white. This design cleverly includes the famous emblem. 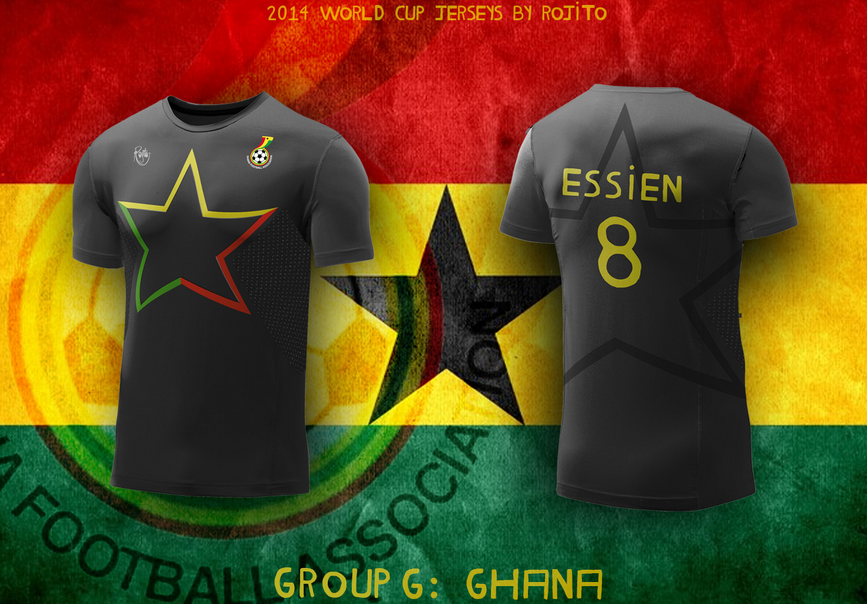 It's not particularly mind-blowing, but it certainly looks like something Les Fennecs would wear. 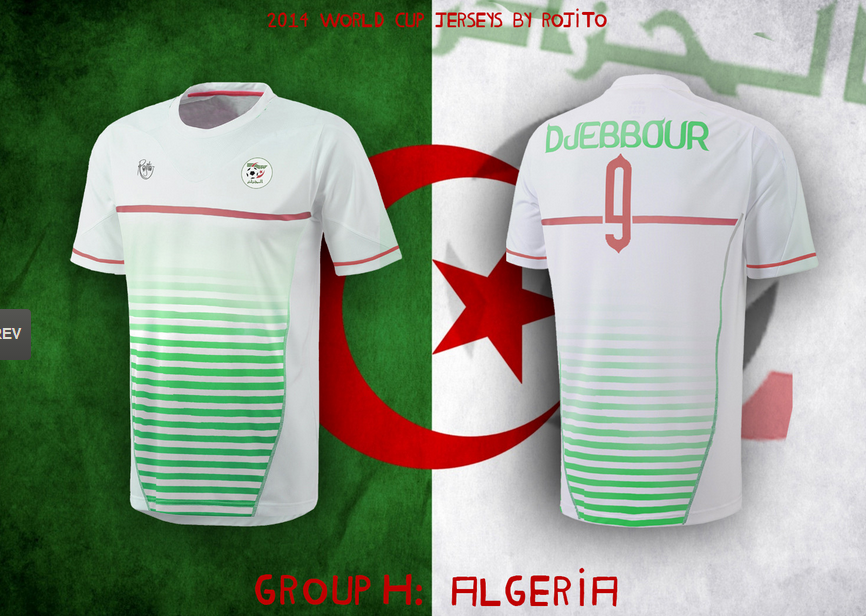 I want to hate this, because it's so far-fetched, but I don't. It's quite nice actually. 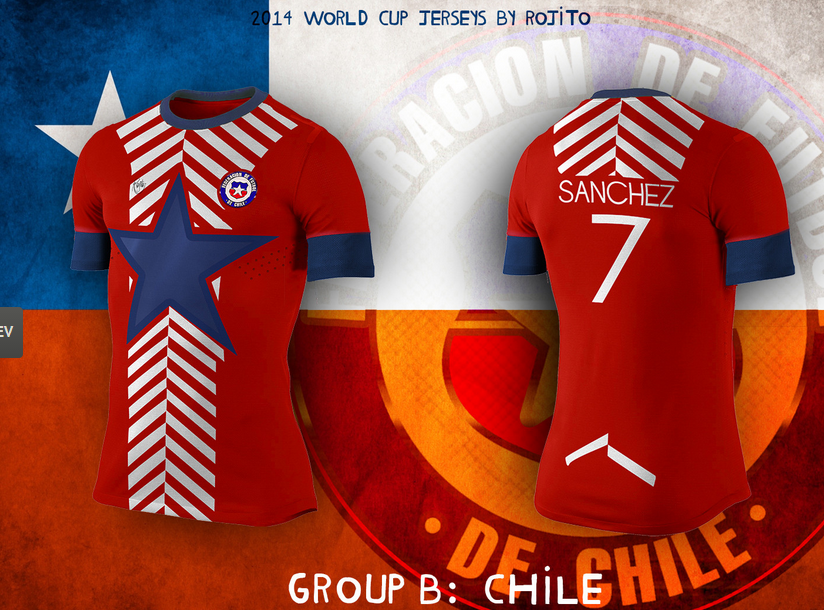 Not totally unlike The Pirate Ship's actual 2014 shirt, the Hellenic pattern would've been class... in the  late '90s. 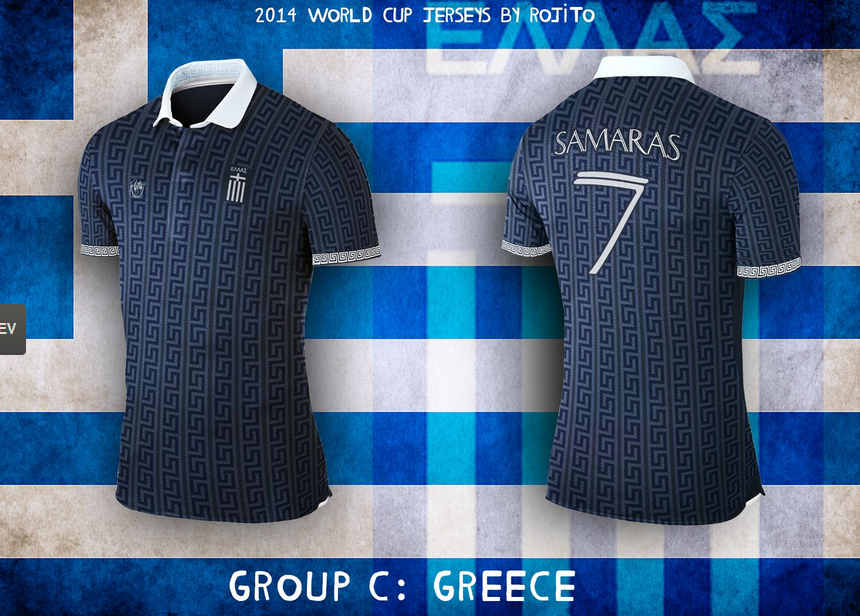 I would not be surprised if this is based on a rejected O'Neill's prototype of a Finn Harps jersey from  around 1993. 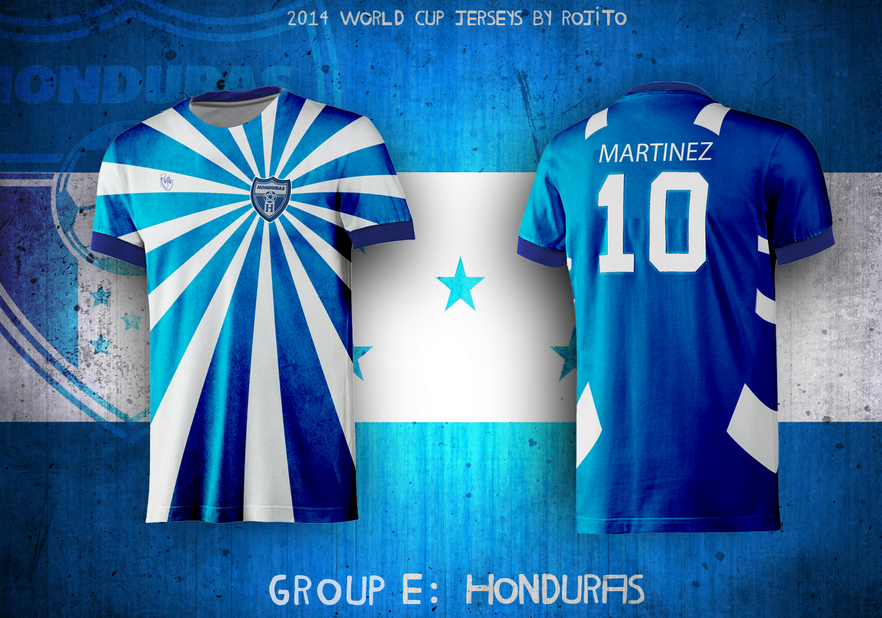 Every other jersey. They're just so naff, busy and turn-of-the-millenium.

In particular, look out for Uruguay's missing honeycombs, 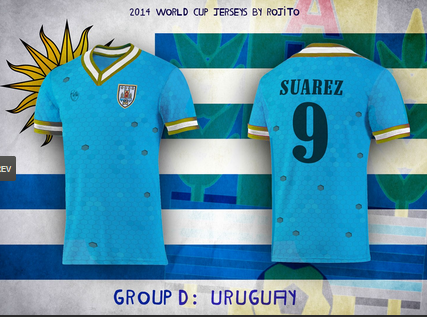 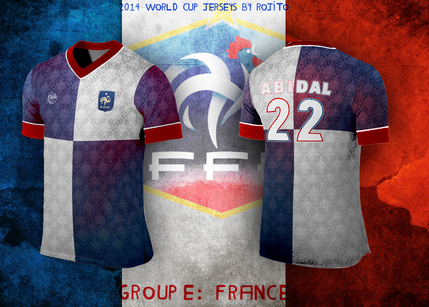 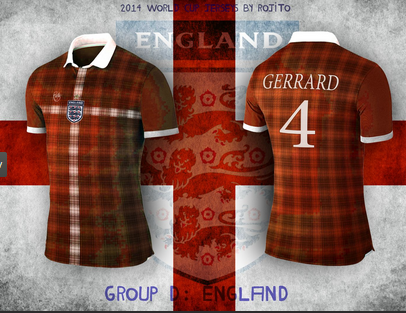 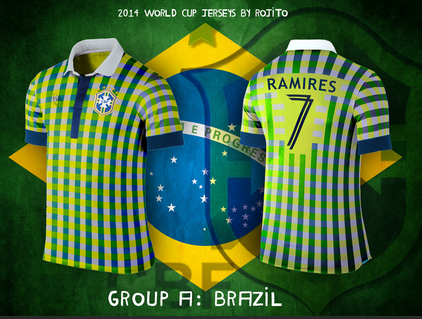 ... and an Argentine atrocity worthy of General Galtieri. 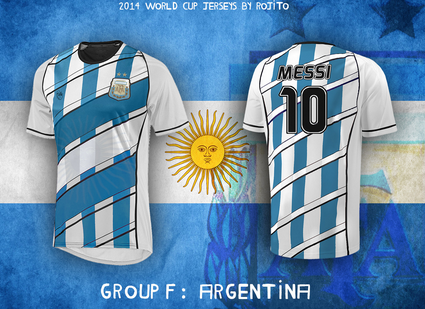 Ah, maybe I'm just being harsh. Anyway, in other nerd news, if you want to see what a World Cup kit should look like, then have a gander at the Telegraph, where they have a magnificent gallery of what it takes to present yourself with a bit of class and style on the greatest stage of all. Highlights include USSR 1966, Zaire 1974 and Brazil 1986.