Referee Apologises After Squaring Up To Alan Judge During Game

Referee Darren Drysdale has apologised to Alan Judge and Ipswich Town after he was involved in an altercation with the Ireland international during a League One game against Northampton on Tuesday.

Late in the game - which finished scoreless - Judge appealed for a penalty. Drysdale rejected the claim, and subsequently squared up the midfielder. He also showed Judge a yellow card for simulation.

"I fully understand that it is important for us as referees to maintain our composure throughout the game and always engage with players in a professional manner. I'm sorry that I did not do that last night and I can only apologise to Alan and Ipswich Town," said Drysdale in a statement release by Professional Game Match Officials Limited.

The FA is also investiagating the incident.

Referee Darren Drysdale appeared to square up to Alan Judge before booking the Ipswich player in their goalless draw against Northampton this evening. pic.twitter.com/ZexMTxYIx7

Speaking to Talksport on Wednesday, Ipswich manager Paul Lambert said he did discuss the incident with Drysdale following the game.

"I've texted Mike Jones (EFL head of referees) this morning to say 'have a look at the footage of the head thing'.

"To me, in my opinion, it looks as if the referee went in there and I said to him after the game 'did you put your head in my player?'

"He couldn't answer it and that's the reason I spoke to Mike. I haven't seen that in a long, long while."

James McClean: 'He Looks 13 Or 14, To Have That Anger And Hatred Is Mind-Blowing' 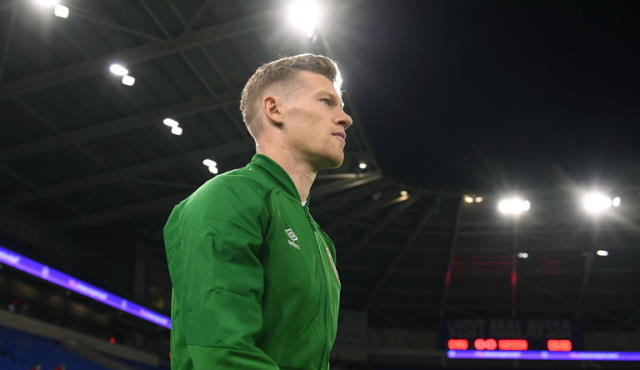