Martin O'Neill confirmed this morning that both he and his backroom team have finally signed new contracts with the FAI, keeping them with the Republic of Ireland until the end of the current qualifying campaign.

The announcement has ended months of speculation as to why, despite a clear desire to stay on plus having already taken charge of the opening qualifier for the World Cup in Russia in 2018, O'Neill and co had not put pen to paper.

The former Celtic manager was adamant that there was "never an issue" over the signing of the deal even though it has taken since June 7th for the deal to be finally locked down. Back in June, before Ireland's European Championship opener against Sweden in Paris, the FAI released a statement announcing that O'Neill, assistant manager Roy Keane, Seamus McDonagh, Steve Guppy and Steve Walford had agreed a deal with the association. 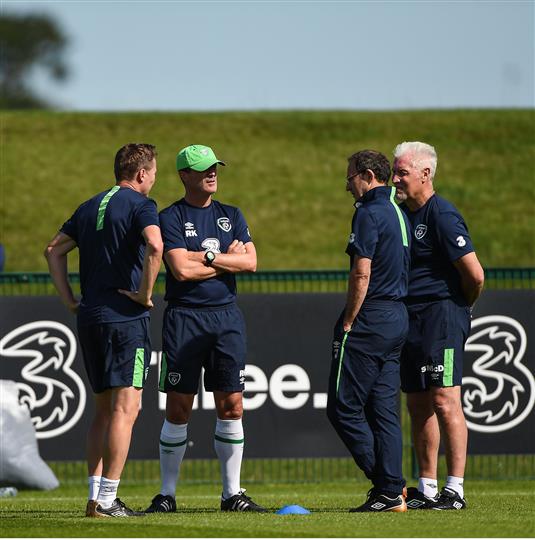 The fact that in the intervening months that neither sides could confirm when the agreement would be officially confirmed led to speculation over what exactly was going on behind the scenes. Thankfully that speculation has now been put to bed and O'Neill will lead the team until Ireland's fate in Group D of the qualifiers has been decided.